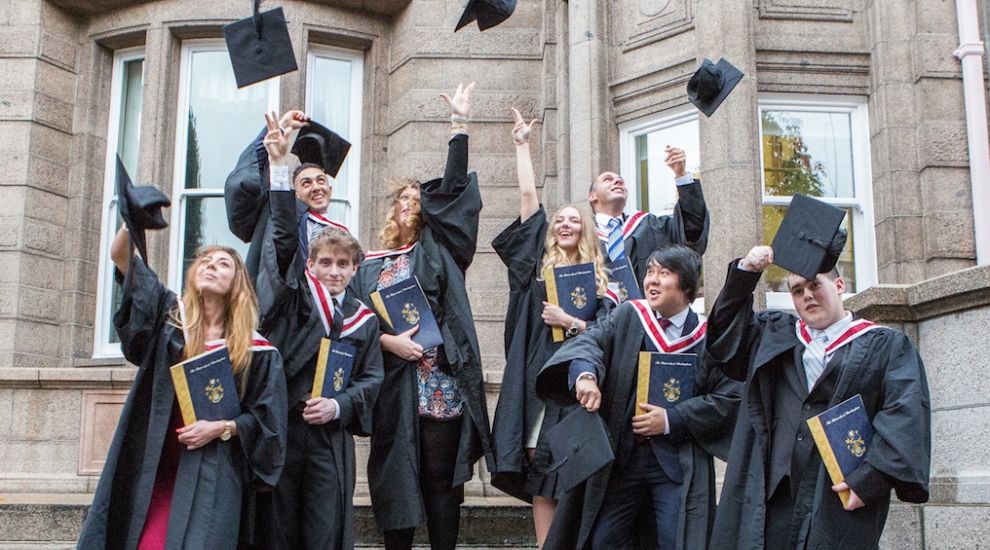 The first nine students to successfully study for degrees designed specifically for the international finance industry have received their degree.

Prior to graduation, more than 85% of the students had been offered or have secured permanent roles with organisations including HSBC, Moore Stephens, Affinity Wealth, Rosscot and JTC Group.

Miss Hamilton was also presented with the school’s prize for excellence as well as the Jersey Compliance Officers Association Prize, awarded to the best student in the governance and compliance module. The prize for outstanding achievement, awarded for most improved performance, went to Mr Priestley.

The students completed the two-year fast-track degree by studying for four, nine-week terms each year, so the academic content of a standard three-year degree was covered in just two years.

Due to the success and popularity of the degree, the school has just welcomed 14 new students to  this year’s intake and launched a three-year degree for students with 120 UCAS points starting in 2015.