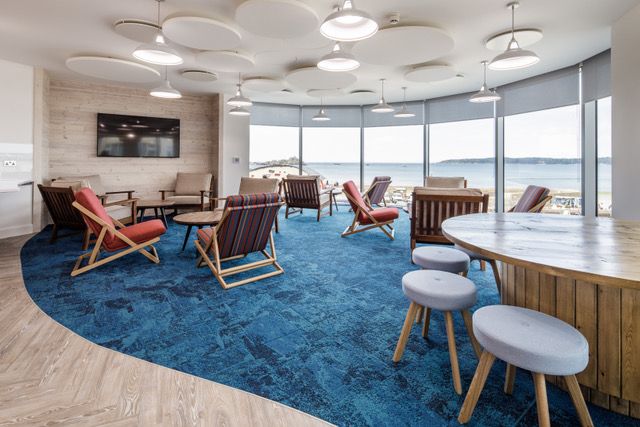 First Names Group’s nearly 300 employees are under one roof for the first time in the financial services group's biggest relocation to date.

The Jersey team is settling in as the newest residents of landmark Waterfront office development, Gaspé House.

The group’s employees were previously split across three separate offices, spanning the Esplanade and both ends of Castle Street.

The glass-walled south-west corner of the office is home to a staff café, featuring a view of the bay. Showers and a drying room are also available, and an additional space on the ground floor houses a training room. 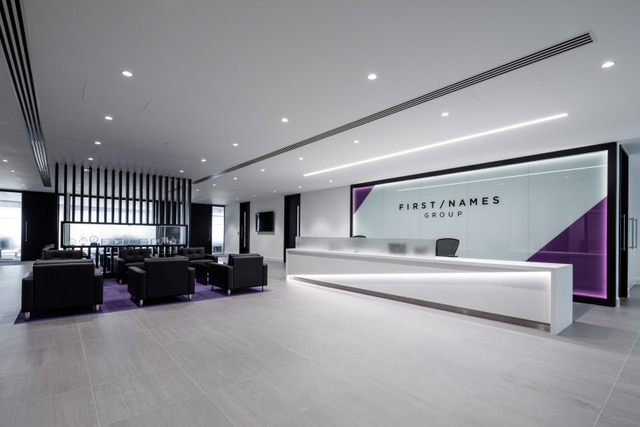 Ben Newman, Managing Director of First Names Group in Jersey, said of the move: “Given our significant expansion in Jersey over the past few years, it has long been part of the plan to relocate to a single office space that could comfortably accommodate everyone while also allowing room for future growth. Our move to Gaspé House not only fulfilled this strategic goal but highlights the continued importance of our Jersey operations as we move forward as part of SGG Group following our recent acquisition.

“In planning the move, our project team had decided early on that rather than a phased approach we would ‘go big’ and move everyone at the same time – allowing everyone to enjoy their first day in the new premises together. This was of course a huge challenge but I’m very proud to say we pulled it off! I’d like to take this opportunity to thank everyone who gave up their weekend to help get the job done. Your enthusiasm, dedication and team work has been truly exceptional.”

The news comes after it was revealed that Gaspé House has attracted three potential purchasers with bids at, or above, the asking terms - reported to be around £90m - in what could be the largest single asset sale the Channel Islands has seen, for developers Dandara.

The risks worth taking after lockdown