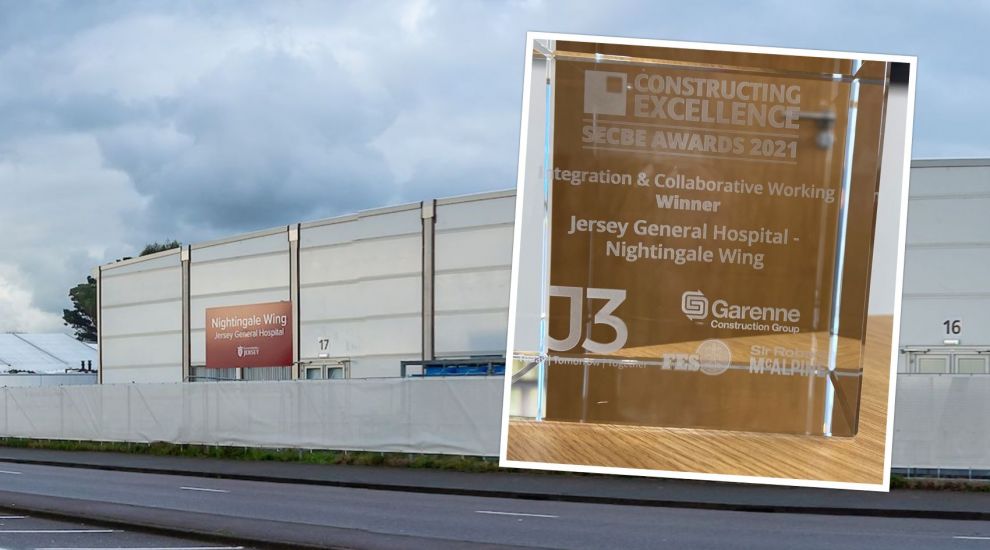 The Garenne Group has won a national award for the construction of the Nightingale Wing.

The 'Integration and Collaborative Working Award’ was awarded to Garenne as part of the 2021 Constructing Excellence Awards, which aim to celebrate regional excellence across the UK.

Garenne received the award in recognition of the “complex procurement logistics and fast paced delivery of the ‘field’ hospital, which achieved a never seen before level of co-operation between the island’s skilled but small-scale suppliers and subcontractors."

The Nightingale Wing, a temporary facility announced in April and opened at Millbrook in May 2020 as part of a ceremony attended virtually by Prince Edward, provided additional capacity to alleviate pressure on the General Hospital for patients with covid-19.

The project went from a field, a piece of land once owned by Jersey-born philanthropist Florence Boot to a 180-bed fully functioning hospital in just 25 days with no pre-existing infrastructure in place.

541 people and 83 local businesses worked a 24/7 operation for the project to succeed, with the clinical team working closely with the design team from concept to completion.

“Everyone involved in the delivery of this project worked together to ensure the build was bespoke for the island’s needs, was delivered at pace and within budget,” Jersey’s Chief Nurse, Rose Naylor, said.

"Health and Community Services, amongst other government departments, worked closely with various partners in the construction industry who enabled this to happen at pace and under budget. The sense of community during the construction was palpable, and this award is a reflection on everyone that was involved.” 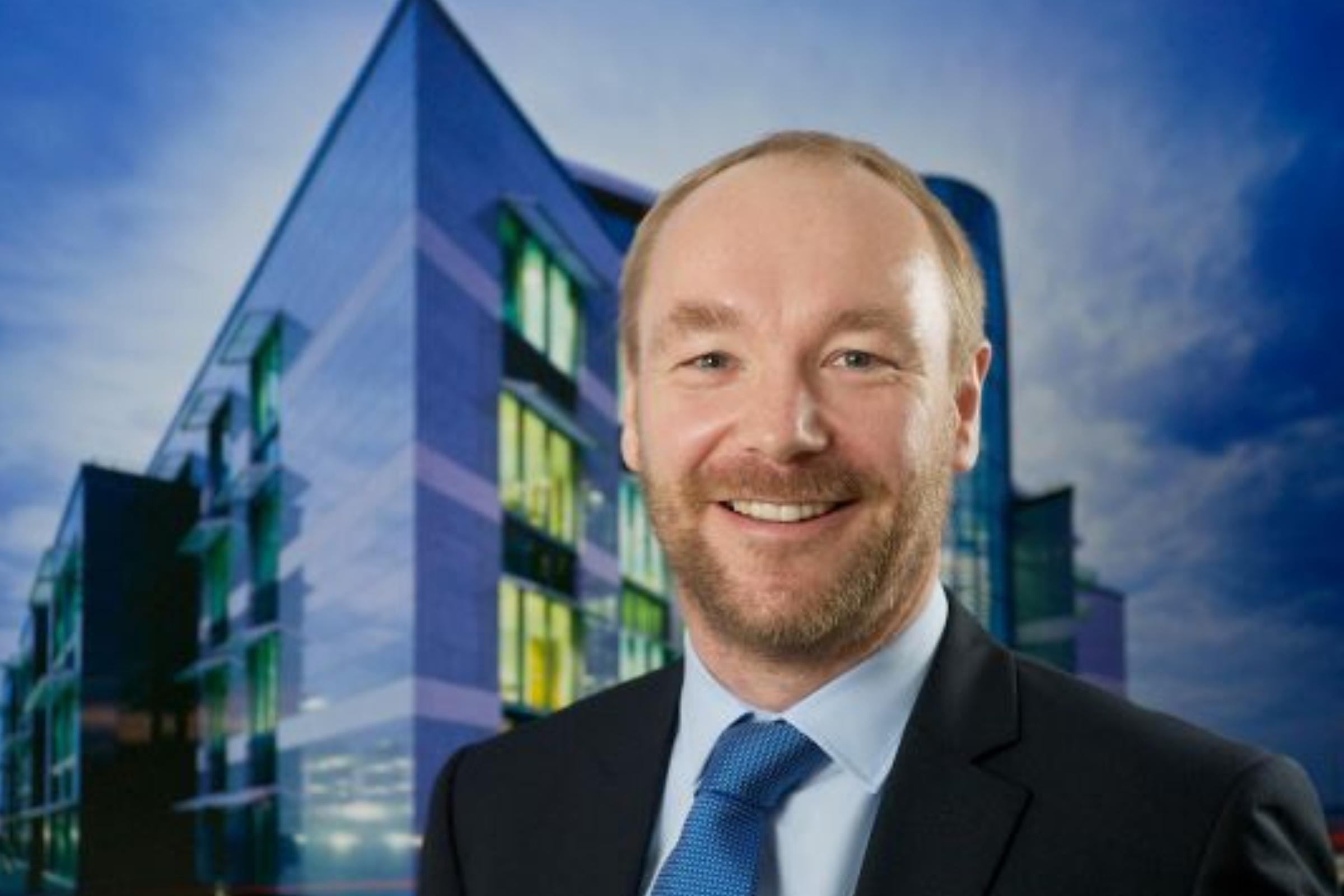 Marc Burton, Executive Director for Garenne and Project Director for the Nightingale Wing, who received an MBE in the 2021 New Year’s Honours, added: “We are extremely proud to have won this award. As it was a National Award, we were up against some very strong competition.

“Taking a piece of land with no infrastructure and delivering a working hospital ward in just 25 days would be a challenge at any time, not least during a worldwide lockdown. This truly was an was an amazing example of the construction community of Jersey coming together.”

Meanwhile, Mr Burton could receive further recognition later this year as he is among the finalists for the 2021 Construction Manager of the Year Award, in the Healthcare category. Organised by Chartered Institute of Building, the awards will be announced on 29 September 2021.

“I am extremely honoured and proud to have been nominated as a finalist in this year’s CMYA, representing both the CIOB and the Jersey Construction industry,” he said.

“My submission was based on leading the team in delivering the Jersey General Hospital – Nightingale Wing, a truly remarkable project which saw the construction of a 180-bed fully functional hospital on a greenfield site in just 25 days. The integrated working and collaboration of 83 local businesses and over 520 local people on site highlighted an unbelievable example of the Jersey construction industry coming together”.

Posted by Donal Dolo on Aug 18th, 2021
No it was never used stop rewarding failiure .
Posted by David Paul on Aug 18th, 2021
Get them to build another at Warwick Farm - bet it would cost less than 1.5 billion!
To place a comment please login Login »