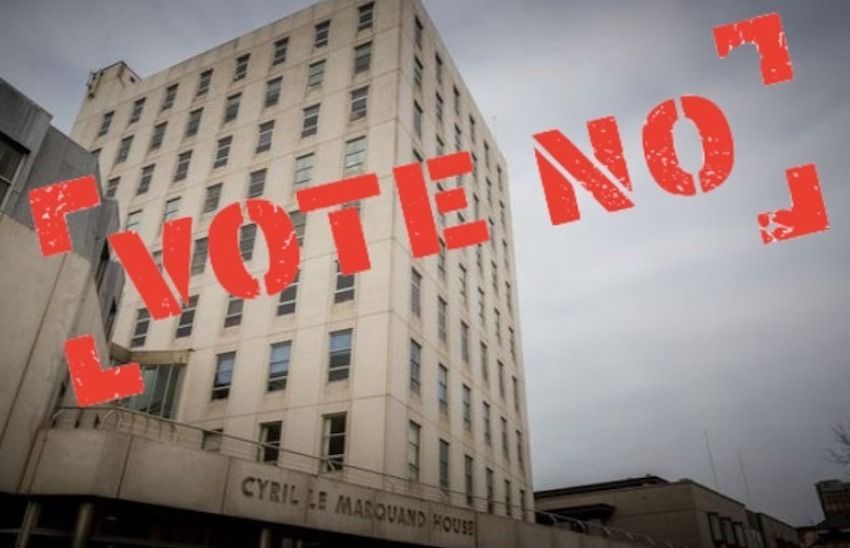 An ongoing row over States workers’ pay should be resolved by using £51million from government savings and surpluses to bring wages back in step with the cost of living in Jersey, one of the island’s biggest unions has argued, as over 90% of its members threw their weight behind a possible strike.

Unions from all sectors are on the cusp of industrial action after hitting a deadlock with the States when representatives refused to amend their ‘final’ pay offer to more than 6,500 staff amid months of fraught negotiations. The results of a ballot released this morning showed a massive 93% of members of Prospect – the island’s largest civil servants union – agreed “to take action up to and including a strike.”

They are demanding more pay on the basis that their salaries – and quality of life as a result – have fallen in real terms, as they haven’t been awarded pay rises in line with inflation (RPI) over many years.

States Chief Charlie Parker last month told them that the pay deal could be forced into their wage packets if they don’t accept it willingly. He warned that there was a forecast black hole of £30million in government accounts and that “there is no more money.” 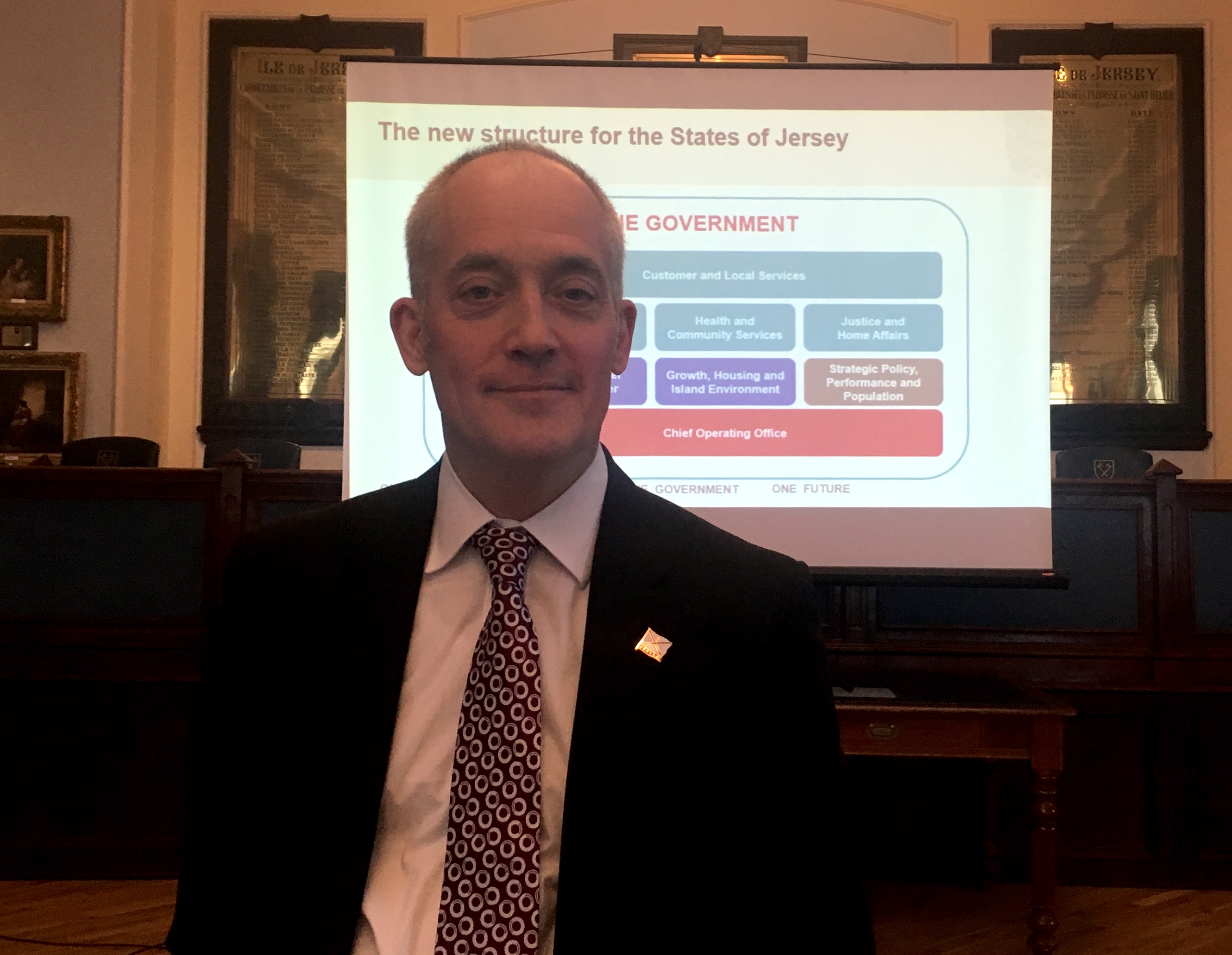 But Prospect have disputed that fact, arguing that States savings and surpluses could easily satisfy their demands for “fair” pay.

In a letter sent to a panel of politicians tasked with reviewing the States 2019 Budget, Prospect’s Vice-President Mick Robbins blasted the dispute over public sector pay as “politically engineered” while outlining various ways of sourcing the money, including surpluses when the States have earned more from personal and corporate taxes than forecast, drawing from the Consolidated Fund, and money saved from dropping the controversial Workforce Modernisation (WFM) programme.

Of the latter, Mr Robbins explained: “Approximately £31.7m should be available from the money put aside for WFM. That was originally £47m albeit that some was used in the work done on WFM. That money must be about somewhere. The location of that sum has been kept very quiet on every occasion it is mentioned by Unions.”

However, he acknowledged that current laws meaning the States have to stick to the Medium Term Financial Plan (MTFP), which was agreed several years ago, may restrict the States from acting on their desired solution. 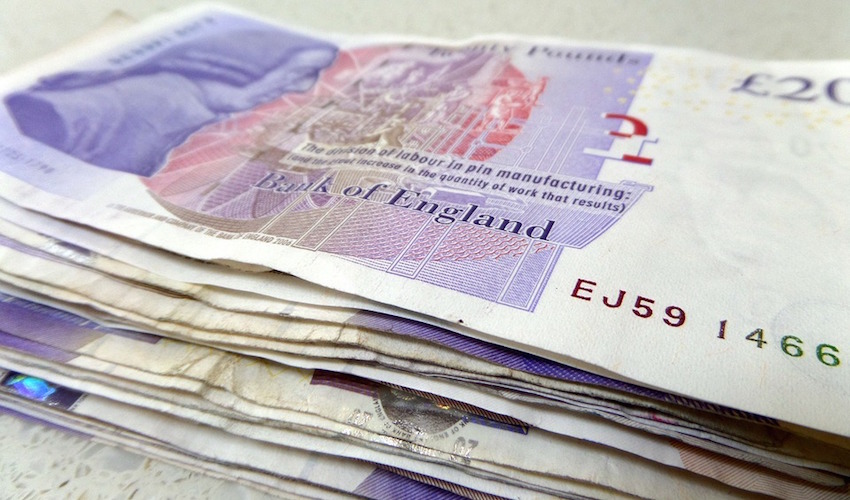 Pictured: Prospect estimates that around £50million is needed to bring States staff salaries in line with RPI.

Mr Robbins commented: “The Union recognises the circular arguments within the Public Finance (Jersey) Law 2005 which creates restrictions by maintaining the overall spend as approved in the heads of expenditure to an amount not exceeding the total expenditure of the MTFP. We hear frequently that the money in the consolidated fund cannot be accessed other than in an emergency (Art 20).

“It appears to the union that this is a substantial straight-jacket for government because it means that any top up, however justified due to fluctuating external pressures on the public purse, is difficult to access.”

However, Deputy Geoff Southern has brought forward proposals to untie politicians' hands by changing the law to resolve the “ridiculous position of having £50 million to salt away in the Stabilisation Fund whilst facing a £30 million to £40 million shortfall requiring savings measures, because we agreed the cap on spending nearly 4 years ago.”

“The adoption of totally unrealistic caps on spending has resulted in States workers seeing their pay subject to restraint, or freeze, for years on end. Pay negotiations, such as they were, became intertwined with ‘Workforce Modernisation’ (“WFM”) measures. Ministers refused to negotiate, instead they sent in their officers with no negotiation brief except to repeat: 'There is no more money.'” he wrote in a report explaining his idea.

As such, the Deputy is asking the Assembly to vote in favour of allowing the MTFP for 2019 to be amended, “so that additional monies can be made available to fund public sector pay claims”, as well as delivering priorities involving putting “children first” in line with a public commitment by the new Council of Ministers.

The suggestion will be put to a vote on 4 December.

However, tensions may reach a head before then after today’s announcement that nine in ten members of Prospect would back a strike, while other unions have also revealed themselves to be in favour.

The President of the Jersey Association of Head Teachers last week said that levels of support for industrial action among his group were at 94%.

Meanwhile, nurses' union members have decided to "withdraw goodwill" and are refusing to work any more hours than they are contracted to. Since doing so, they say they have been made a "promise of a promise" of an amended pay offer, but are still awaiting details.

Posted by B De Gruchy on Nov 19th, 2018
The government has been living beyond it's means for far too long. Government workers are paid too generously and have never dealt with serious cuts in numbers unlike local authorities all around the world. They forget they are spending tax payers money. They either need a cut in numbers or cut it wages.

The idea of putting off the super-risk from coming here by slapping an extra tax on them just goes to show how unrealistic and ill informed these people are.
To place a comment please login Login »