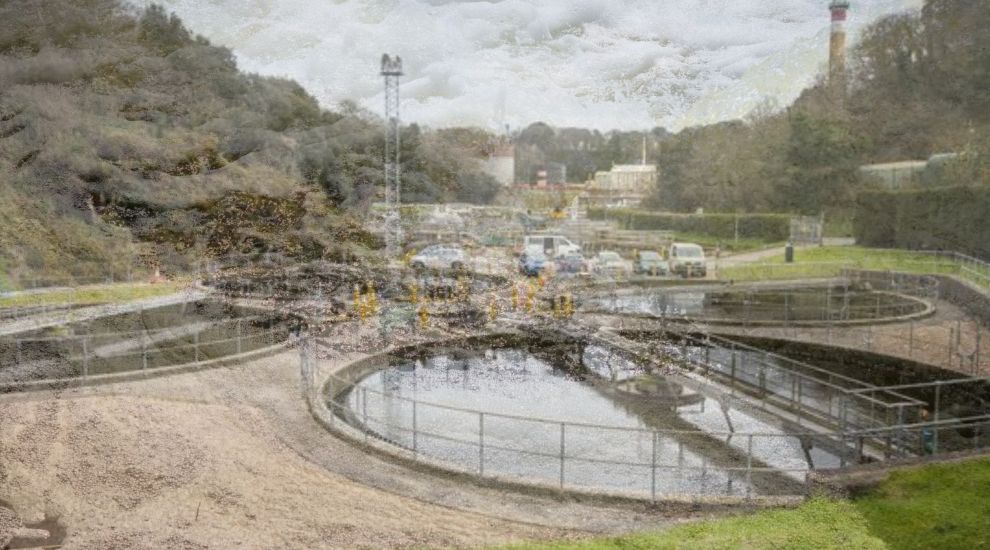 Local companies involved in the £75m project to transform Jersey’s sewage treatment works will be left fighting for their money after the UK firm acting as main contractor went bust.

NMCN, which was the Government’s highest paid contractor last year, collapsed into administration yesterday after a refinancing of the business fell through.

It's understood that contractors based at Bellozanne have left the site.

More than £200,000 of local firms’ money is believed to be at stake, and Express understands that they are urgently seeking clarity from Government officers on whether there are contractual protections for island companies. Questions are also being raised about what action was taken by Government given repeated red flags.

After a string of loss warnings culminating in a failure to sign off its 2020 accounts, the water, highways and telecoms specialist formally known as North Midland Construction said on Monday afternoon that it was “no longer able to continue trading as a going concern” and intended to appoint Grant Thornton as administrator.

Its collapse has been described as “the biggest corporate failure in the construction sector since Carillion went bust in January 2018.”

NMCN was selected to lead the upgrade of 62-year-old waste water processing facility Bellozanne in November 2018, following concerns that it was failing to meet modern standards and may struggle as the population grows.

NMCN and its subcontractors received £19.2m from Jersey’s Government last year, making it the highest paid contractor in 2020.

The total was more than double second on the ‘Top 100’ procurement partner list, Rok-Regal Construction, which received £7.6m for the construction of the new Les Quennevais School.

The project was initially due for completion in 2022, but the Environment Minister said last week that the estimated date was now 2024, as he shared hopes that it would alleviate the longstanding sea lettuce issue at St. Aubin’s Bay.

While the pandemic and resulting lockdown partially disrupted works, NMCN and its subcontractors were able to continue with the Bellozanne project after being given isolation exemptions to continue working on the island.

Express contacted the Government and NMCN for comment yesterday, but is yet to receive a response from either.

Liverpool City Council is also grappling with a major project being thrown into jeopardy as a result of NMCN’s collapse.

The firm had been in charge of major roadworks scheme in the area of Lime Street and St. George’s – described in local press as the city’s “most iconic gateway”.

TIMELINE: The struggles of NMCN…

Covid appeared to be the start of NMCN’s troubles, as the company suffered several site shut-downs.

Despite going on to confirm a number of major new projects across the UK,  the company’s CEO stepped down in September.

Weeks later in October, the contractor announced that it expected to make substantial losses of up to £15m in 2020.

By December, the firm was warning that these losses may actually be closer to £16.5m.

However, acting Chair Ian Elliott said at the time: “We will enter 2021 with many issues already addressed, with an encouraging order book, a strengthened management team and with the optimism of a return to profitability.”

Four months later, board member and former CEO Robert Moyle, who had been with the company for half-a-century, announced his departure.

In June, it emerged that the firm was looking at refinancing with the backing of Svella - the investment vehicle of former Stobart leader Andrew Tinkler – which was due to provide a £10m bridging loan.

But that announcement was tempered with news that losses were now in the order of £24m – and that accounts wouldn’t be published on time.

By August, those losses had nearly doubled, predicted to be at £43m and said its financials should be published by the end of September.

In the penultimate week of September, the firm announced that it had been given more time by investors to complete a refinancing deal. It said it hoped that this would be complete by the third week of November.

It was also stated that Lloyds Bank had agreed to extend an existing £11.8m overdraft to November 2021.

However, by yesterday the situation had changed again, and NMCN confirmed that it was no longer a going concern.

Posted by Robert Gabriel on Oct 5th, 2021
This island is about to embark on one of the most costly and ambitious infrastructure projects in it’s history by building a new hospital so this situation should be reason enough for to pause for thought. The question isn’t whether we can avoid something similar happening to one of the contractors for the new hospital but how much that’ll cost the island should that happen?
Posted by DAVID RYBARCZUK on Oct 5th, 2021
Did Charlie Parker have anything to do with Employing this Contractor ?
Posted by Keith Marsh on Oct 6th, 2021
Who was the Politician and Senior Civil Servant responsible for this massive contract ? both are to blame for missing MANY RED FLAGS and BOTH should be made to resign.
The Government of Jersey is a very large "company" and it uses OUR MONEY, such dreadful Management would not be allowed in the private sector and it cannot be allowed in the public one.
It makes me wonder what and how deeply did the commissioning Officers and Politicians look into NMCN’s business dealings and finances before handling out this large contract ~ it would seem as though this was also dreadfully inadequate.
To place a comment please login Login »