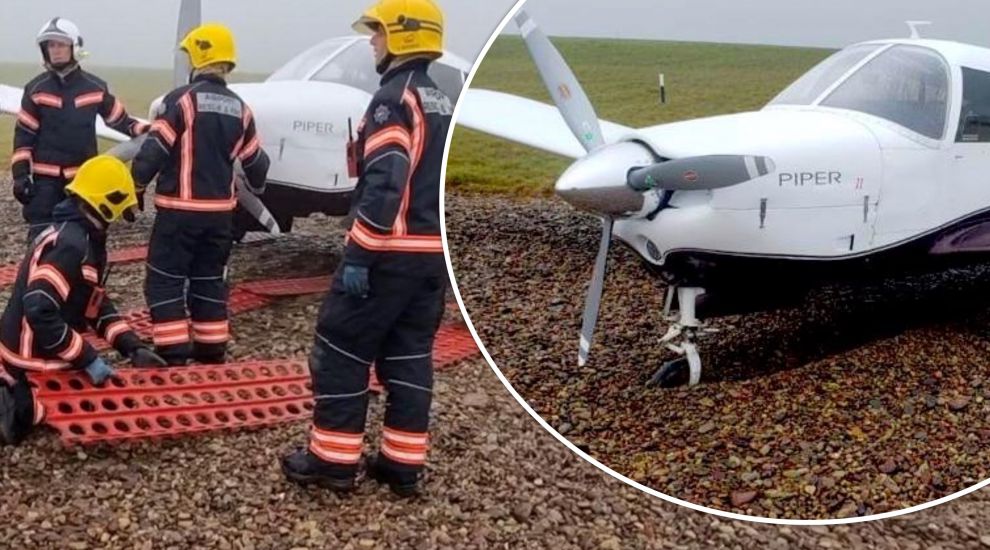 Two adults and two children from Belgium have managed to escape without injuries after their plane overshot the runway.

The Piper Cherokee light aircraft had been inbound from Albert-Picardie Airport in northern France when it overshot runway 26, coming to a stop on the 'arrestor bed', a gravel area designed to stop aircraft, at the western end of the runway around 14:17.

Flights in and out of the airport were suspended while the aircraft was carefully removed by the Airport Fire Service and a team of engineers. 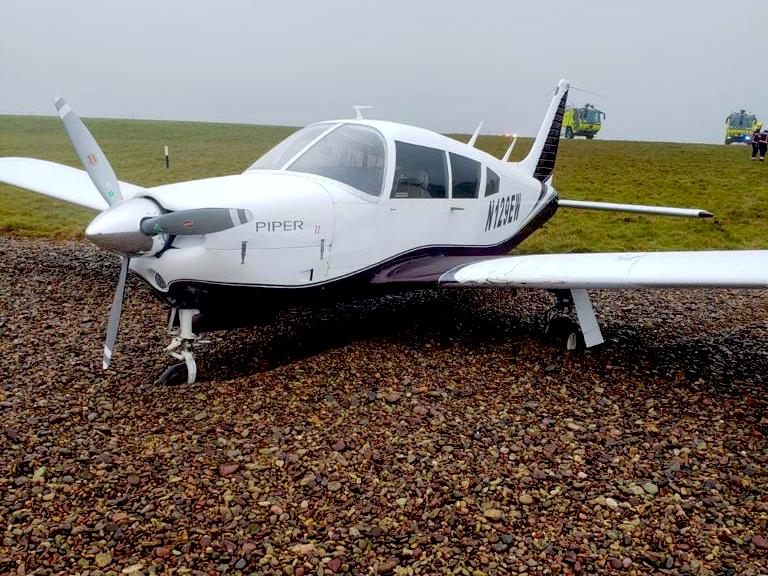 Pictured: The aircraft stopped on the arrestor bed.

It was then towed to an area by the Aero Club.

The runway was reopened and flying was able to resume just over an hour later at 15:40. 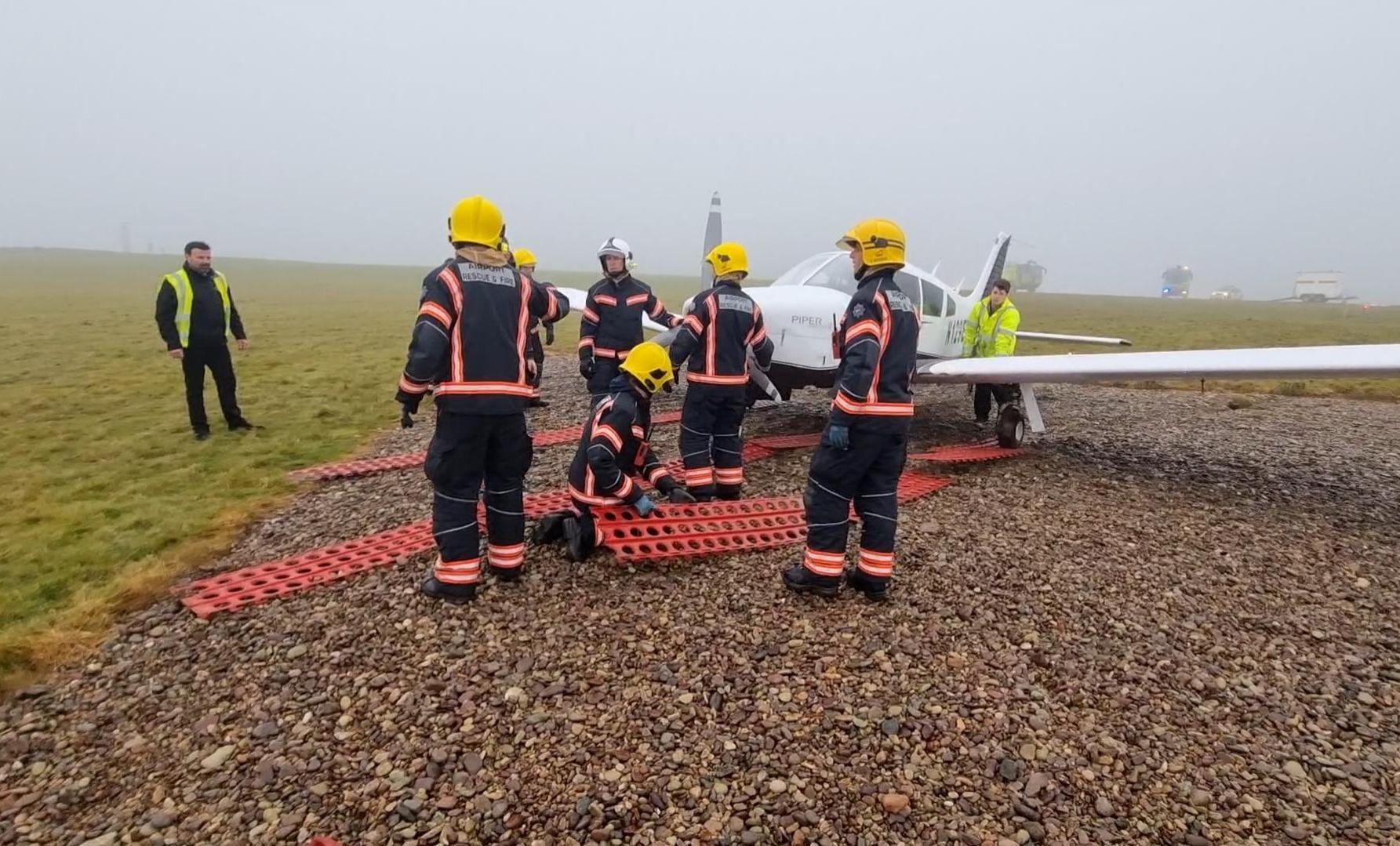 A Ports spokesperson said that a "full investigation will be conducted, which will include the input and involvement from the AAIB."

"Until that initial investigation is conducted it is not appropriate for Ports of Jersey to comment further at this stage," they added.