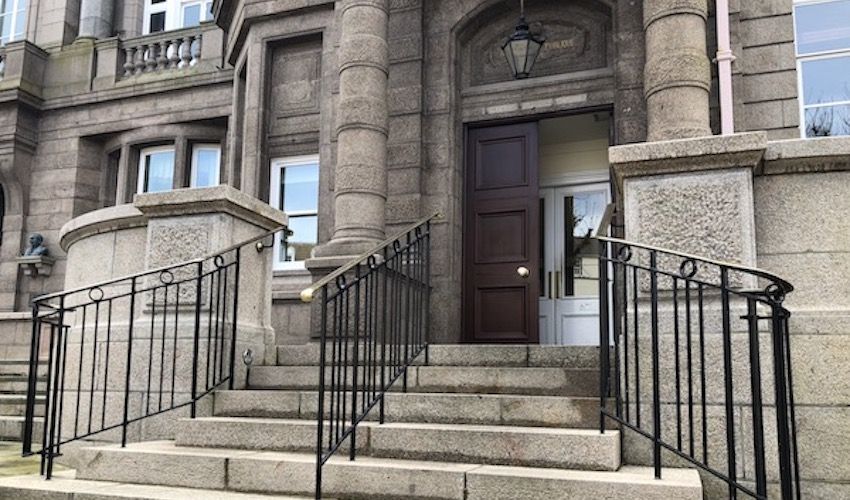 The trauma of terminating an unplanned pregnancy influenced a woman's decision to make a complaint of rape to Police, the lawyer defending her alleged attacker has suggested.

Advocate Adam Harrison made the argument in respect of his client, Manuel Ricardo dos Ramos Aguilar (24), who is currently on trial in the Royal Court over a rape charge, which he denies.

Yesterday saw Mr Aguilar's alleged victim take to the witness stand. In the morning, she was scrutinised by prosecuting lawyer Advocate Emma Hollywood, who told the jury of nine women and three men that the woman was not in a position to give her consent to sex with Mr Aguilar because she was too drunk after a celebratory evening out with friends, which involved a meal and later drinks the Royal Yacht Hotel in autumn 2017.

Facing cross examination from Defence Advocate Adam Harrison, Miss X – whose identity is protected – told the jury that she could remember nothing about her journey home from the Royal Yacht or anything about what happened when she arrived home with Mr Aguilar.

Advocate Harrison put it to her that she had initiated the sexual activity which it is not disputed took place in her flat in the early morning and that she racially abused the Venezuela-born defendant and provoked him.

Pictured: On the evening prior to the alleged rape, Miss X had been at the Royal Yacht Hotel with friends.

“I had no reason to be abusive to him as he had just brought me home,” Miss X said. She denied that she was in the habit of using abusive language or racial slurs though Advocate Harrison referred her to the content of some text messages that she had sent to her mother.

“A moment ago you denied using this language but it turns out that you do express yourself in these terms”, he said reading extracts from the texts. “Are you sure you did not say this?”

“It’s a possibility but I do not recall using the words. I can neither confirm nor deny it. I do not remember,” she said.

Advocate Harrison put it to Miss X that her response to seeking the morning-after pill when she texted that she would “rather be safe than sorry” was not a reaction consistent with having been raped and that her complaint to Police was influenced by the trauma of undergoing a termination the same day.

However, Miss X said that she had been unaware of the issue of consent until she sought medical advice and that she had previously associated the crime of rape with strangers.

The prosecution’s case is that Miss X was too drunk to have been capable of giving her consent to the defendant. Advocates Emma Hollywood and Carla Carvalho, appearing for the Crown, called a series of witnesses who gave evidence of Miss X’s physical condition when she was accompanied home by the defendant after her birthday celebrations. 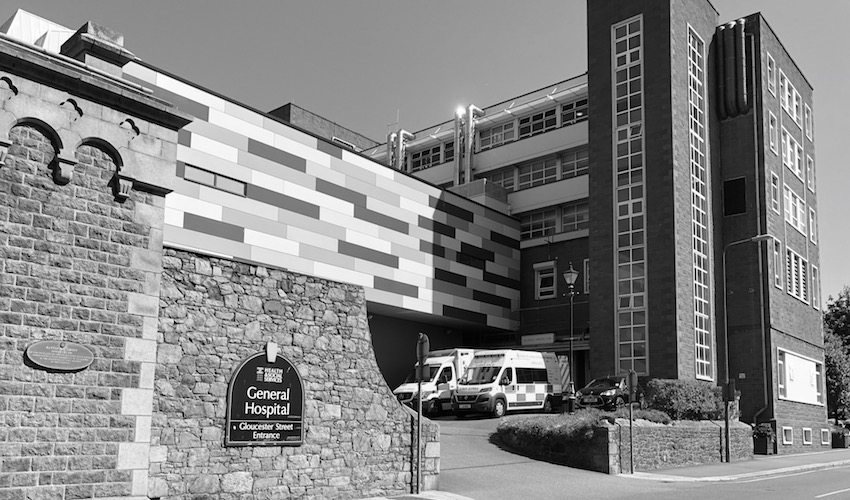 Pictured: The Royal Court heard that Miss X's friends called her an ambulance, but that she declined medical assistance from paramedics.

They included a group of people who were themselves returning from an evening out who were so concerned by Miss X’s condition that they called for an ambulance.

Paramedic Julie Rowland told the jury that she and a colleague discovered Miss X surrounded by a group of people who appeared concerned about her condition. Although Miss X appeared initially unresponsive, she was able to tell them that she had had too much to drink, wanted to return home with one of the group and did not want the further assistance of the ambulance crew.

Under cross-examination, Ms Rowland accepted that Miss X did have the capacity to respond to them, to decline assistance and to sign paperwork to confirm this.

The jury heard evidence from three of the group which summoned the ambulance.

“She was one step from being completely passed out,” a female member of the group said.

They told the jury that the defendant had appeared concerned to reassure them about his motives and that, on a number of occasions, he reiterated that he merely wished to get Miss X home safely. A male group member told the jury that he was surprised that, more than once, the defendant invited them to consult his Facebook profile for further reassurance.

The female member of the group described how she had initially put her hand under Miss X’s nose to check that she was still breathing.

She rejected Advocate Harrison’s suggestion that Miss X’s condition improved during the course of time that she was present and told the jury that the fact that she was able to communicate with the ambulance crew showed only that they were more accustomed to dealing with such situations.

Catch up with the case...