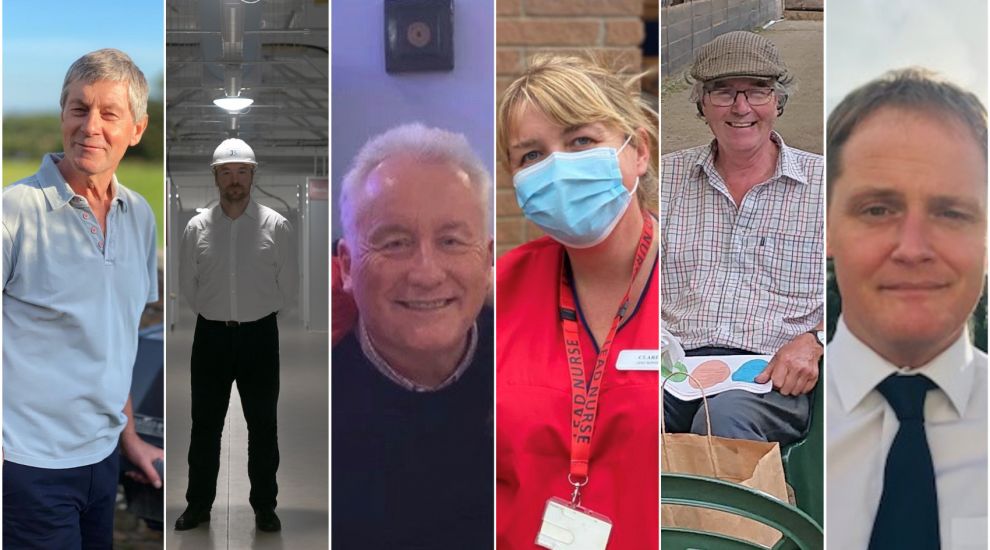 For six islanders, New Year won’t be the only cause for celebration this week, as they have all been announced as the latest additions to the Queen’s Honours List.

They have all been been recognised for their outstanding efforts in the island's community, with Buckingham Palace paying tribute to their services to Jersey. 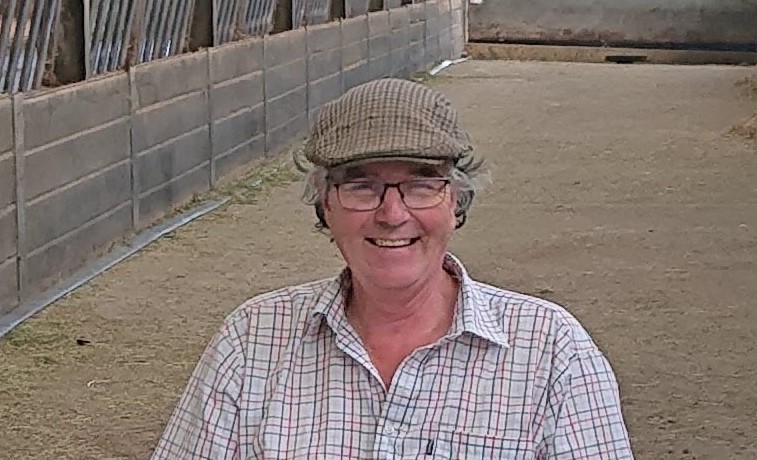 Pictured: Andrew said the honour was "not just for me, me but for the dairy farmers of this island, Jersey Dairy and our dairy industry."

For Andrew Le Gallais, who has received his MBE for his services to the island’s dairy industry as Chairman of the Jersey Milk Marketing Board and Dairy Industry, the “massive honour” is about the wider implications for the island.

“The thing that’s rewarding about it is it’s not just about dedicated dairy farmers working their socks off looking after cows, it’s not just about the Jersey Dairy brand which is now a recognised quality exporter on the island to global markets, but it’s about our Jersey Cow and our Island home,” he explained.

“Without all those things which I mentioned, her existence would be threatened – we are simply the custodians of her in our generation; she’s existed for 250 years and I really hope she’s going to exist strongly for the long-term future as well.”

More than anything though, Andrew said it was family that he had to credit the award to, saying: “I would never have achieved without the support of my wife and my family…they have supported me enormously.” 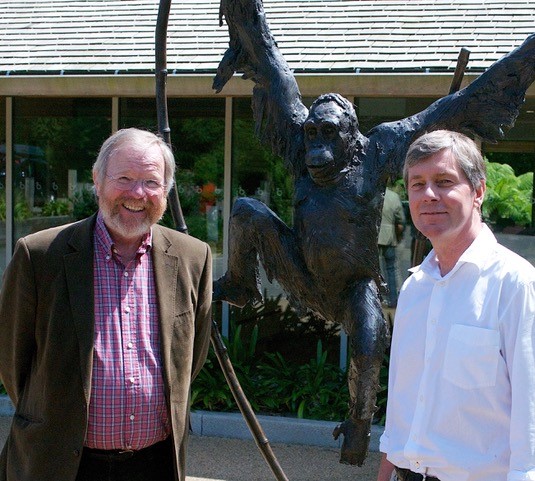 Pictured: Author Bill Bryson is the patron for Neil and his family's charity, the Love Hearts Appeal.

Family has also been a key driver throughout the career of Consultant Obstetrician and Gynaecologist, Neil Maclachlan, who as well as helping set up Jersey’s first fertility clinic, has spent time helping establish the organ donor charity, the Love Hearts Appeal.

“When you get something like this, it may be you getting it, but it’s actually down to a lot of support around me and it makes me very humble, and very grateful to all the support you’ve been given over the years,” he explained.

The Love Hearts Appeal was a charity he and his family established after his daughter, Catherine, had her life saved by an organ donor after she fell critically ill at 15.

On the latest work of the Love Hearts Appeal, in collaboration with Great Ormond Street and Papworth, he said: “We’ve raised quite a lot of money, and we’re now on our third cycle of fundraising which is going out to raise money for a new piece of equipment, that will keep hearts beating after they’ve been moved, which will allow more children to have heart transplants.”

He added: “It’s not until you’re in the situation that you realise what the problem is. Sadly 3 people die a day because of a lack of organs, and we’ve tried raising awareness and funds to reduce that discrepancy.”

It’s that collective work that he wants highlighted with the honour, saying: “I proudly accept, but I accept for our family and staff who I’ve worked with and everyone else I’ve been in touch with - I’d like to not feel it’s my award, as there are a lot of people who’ve helped me achieve this.” 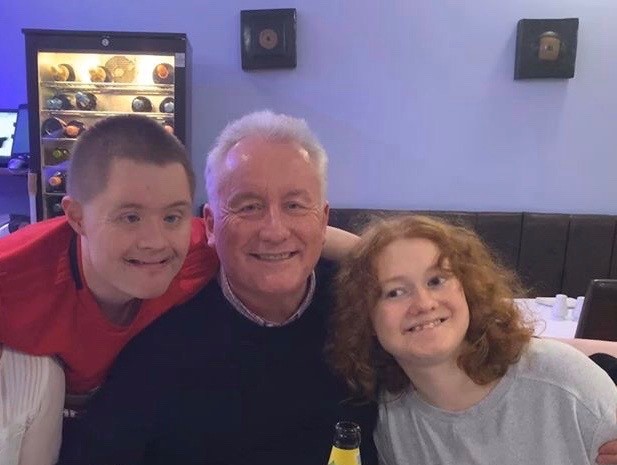 Pictured: Mark with his son, Ryan and daughter, Meg.

“I broke down, I got all emotional on the phone,” Mark Jones said of his reaction to being told he was to be given a British Empire Medal by the Lieutenant Governor.

Following the passing of his wife nine years ago, Mark retired early to care for his son Ryan, who has Down’s Syndrome, and daughter Meg, who has Autism. Alongside his carer role, Mark threw himself into volunteering in Jersey’s Learning Disability community.

Across 25 years, Mark has volunteered in a variety of Jersey charities, including being one of the founding members and Treasurer of the Down Syndrome Association Jersey Branch, Projects Manager for Mencap, a committee member for Les Amis, and a committee member for the Inclusion Project, a charity for providing Youth Club facilities for young adults with special needs.

Describing his work as a “joy,” he praised his colleagues, saying: “I’ve met some incredible people who if I wasn’t involved in the learning disabilities sphere I would have never met, and it’s just a feeling of pride. 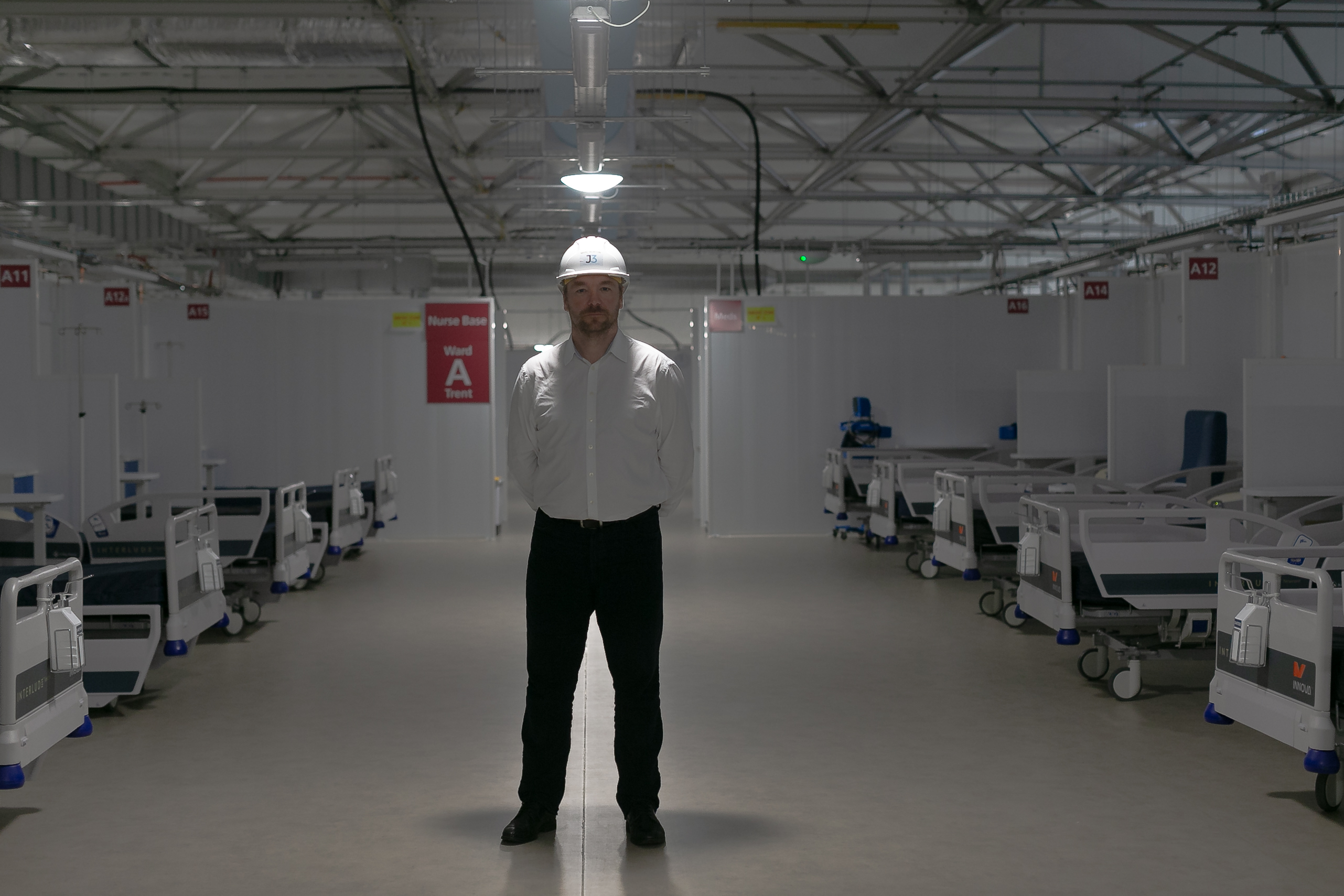 Pictured: Marc in the Nightingale Hospital project he directed. (Photo credit: Dasa Wharton from her exhibition ‘Portraits of Jersey in Covid-9’)

In early 2020, Marc Burton had a surprising phone call: “if you’d said to me a year ago I’d get a call saying you have 33 days to deliver a hospital, I’d never have imagined that!”

Marc is the Project Director of Jersey’s Nightingale Hospital, constructed over 5 weeks in early 2020 as a response to the covid pandemic. Speaking of his MBE honour, Mark said how he was “overwhelmed” and “extremely honoured to receive the award, and proud to be part of the Nightingale team.”

It’s this team he points to when discussing the the award, singling out “my colleagues Gary, Bruce and Joe who were instrumental in leading the design with me as we went through a really intense period.” He also made sure to mention his partner, Janice - “because she put up with me not being here for the best part of five weeks!”

“Everybody had a can do attitude, everybody said yes, we can make it happen across collaboration with various different government departments. You think about all the things pulled together to complete this project – it was just phenomenal to be involved in it.” 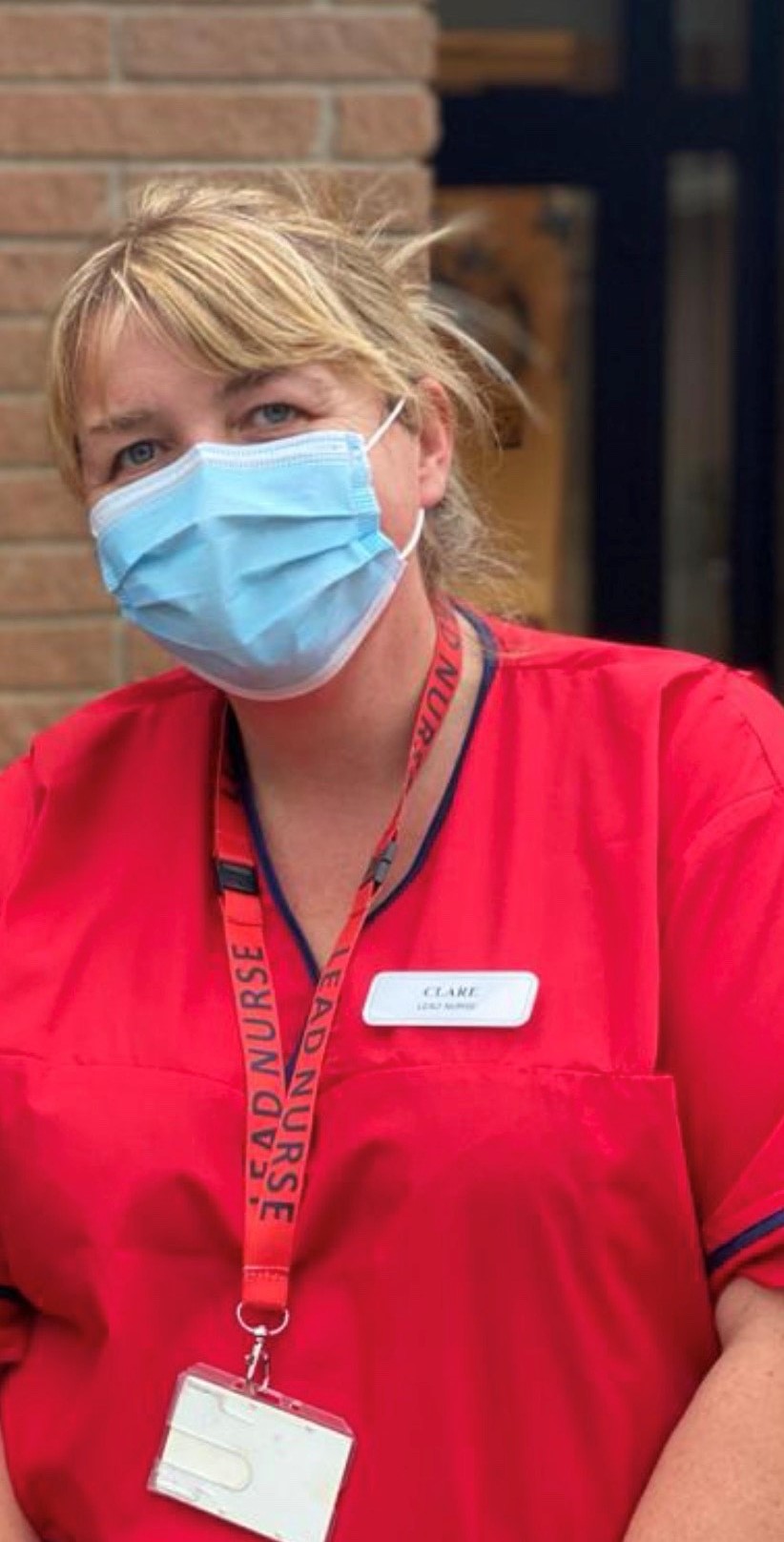 Pictured: Clare Ryder said this year has taught her to "never underestimate how much power people have to make a difference."

For Clare Ryder, who said it’s hard to stop her talking about her passion, mental health, the revelation from the Lieutenant Governor that she would be made an MBE did just that – “I went from really overly chatty to literally stunned silence!”

“People have worked flat out, and the island has started to trust us more,” she explained. “Some of the staff have suffered immense loss this year, but they’ve just kept going, so it’s just huge.

“It’s an immense privilege – I know I’m the person that’s got the recognition, but it’s a massive achievement for the whole island’s mental health community, and I think it’s a really important milestone for the island’s community as a whole, as obviously mental health is affecting everybody.

“To have something like mental health in the honours list recognises what we’re trying to achieve, and that it’s okay not to be okay.” 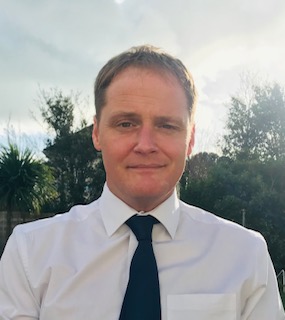 Pictured: Customer and Local Services safeguarding lead Glenn De La Haye said he was "humbled and honoured" by the recognition.

Customer and Local Services Safeguarding Lead, Glenn De La Haye, was another recipient who met the news with total surprise: “I’m just so shocked, and I didn’t realise the people I was helping were so grateful!”

Glenn has been working in the role for the past 5 years, helping islanders who have hit hard times and need help, encountering islanders “from all walks of life,” especially this year when “people you would never have normally seen come across your doors because of the circumstances.”

He praised the work of the Safeguarding Cell, made up of 10-12 services across the island, “from blue light to alcohol to mental health” to discuss concerns about those most needing support.

He also spoke glowingly of charity, Shelter, who through his work collaborating with them as part of the Emergency Housing Group, he “could not praise enough.”

Having now moved on from his role as Safeguarding Lead, he looked back on what it was that was so rewarding about the job that has seen him recognised: “It may only be little things, but you don’t realise the impact you’re having on other people, how much it helps them.

“You take it for granted, it’s your job, but some people really are grateful and it would appear to make a big difference to them, so for me it’s extremely nice to be in a position to be able to do that.”

Posted by Jayne Smith on Jan 2nd, 2021
I would like to say very well done to all of the recipients but also a huge thank you to Glenn de la Haye who has helped so many people in very difficult circumstances
To place a comment please login Login »

WATCH: Royals and milk on the table at UAE talks

Milk prices to increase by 6p