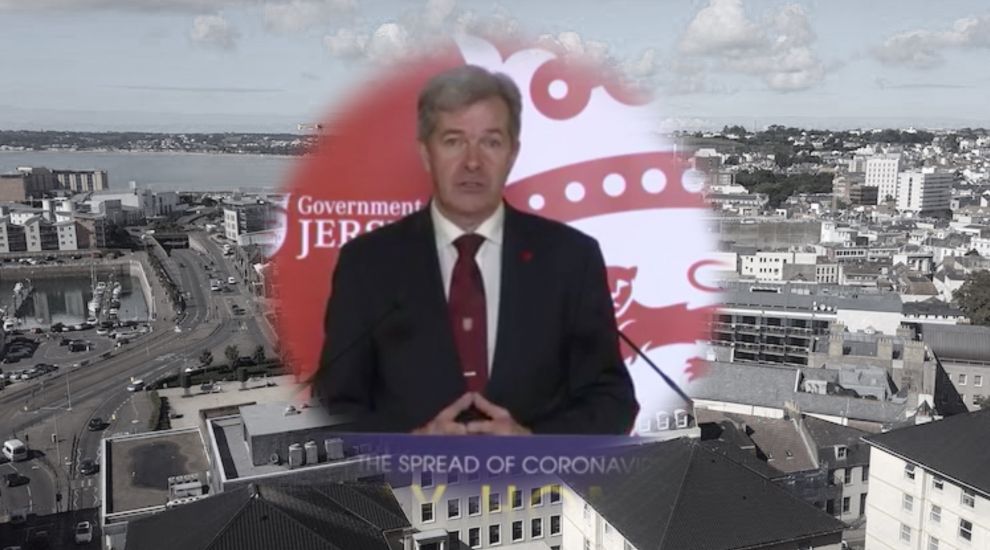 The Chief Minister has said that antibody testing will be key to unlocking lockdown, as he pledged that people would come before money in deciding when to lift restrictions.

Responding to questions at a press conference yesterday, Senator John Le Fondré said it was “too early to give any details on what the exit strategy might look like”, but said Ministers had their first discussions on the matter this week.

Asked by Express whether he agreed with the UK's Minister for Health and Patient Safety, Nadine Dorries MP, that lockdown could only be lifted once there is a vaccine, he replied: “The difficulty with the vaccine approach is that we don’t know how far away that is – is that six months away, 12 months away or 18 months away?

“If we knew it was next month, that would give us a completely different outcome.”

Journalists should stop asking about an ‘exit strategy.’ There is only one way we can ‘exit’ full lockdown and that is when we have a vaccine. Until then, we need to find ways we can adapt society and strike a balance between the health of the nation and our economy . #COVID19

He said that exit strategy planning would intensify over the next two weeks, adding that data from the antibody testing kits – if they do “pass muster” - will be key to “influencing and informing” the approach the government takes.

The 'pin prick' blood tests aim to find out if someone has already had the virus and may therefore be immune and able to return to work and support the local economy.

The government has 150,000 kits on order, while 10,000 arrived this week from a different supplier and are being tested for their reliability.

Video: The Chief Minister said data from the antibody testing kits will be key to “influencing and informing” the approach the government takes to the end of lockdown.

Elsewhere in the conference, the Chief Minister also said that an extended lockdown into November or December would not be favourable due to winter illnesses, “which could put our capacity into a difficult position”.

He said the government would be taking a holistic view, also taking into account “things like mental health issues from the problems of being in lockdown for too long”.

Senator Le Fondré went on to promise that islanders’ health would be put before the economy.

The comments came shortly before Dominic Raab MP, who is deputising for the Prime Minister, announced that the UK would be in lockdown for a further three weeks.

He said that this would only change when five tests are met:

Posted by Jon Jon on Apr 17th, 2020
We've been in lockdown a couple of weeks now, the numbers confirmed as positive haven't exactly jumped through the roof, with obviously nobody entering the island since this lockdown ,I can't see if and when this nightingale hospital will be needed as surely in the next week or two numbers will start to fall.
Posted by Simon Langlois on Apr 20th, 2020
Putting so much faith in testing, to find out who has already had the virus, is premature as some people have recovered from coronavirus only to get it a second time.

S. Korea thinks this is a reactivation of the virus they had, as opposed the the person catching it again, but the USA thinks that they have caught it again as viral reactivation has never been observed in other coronaviruses.

CoVid-19 has already mutated from the milder type S to the more infectious type L, and with time, it might be discovered that there are more mutations of it. There are just too many unknowns for politicians to be able to make safe decisions at this stage. Nothing can be taken for granted.
Posted by Diana Groom on Apr 20th, 2020
Jon Jon the reason that the number of confirmed positives has not jumped through the roof is probably because they are testing so few people. If everyone that phone the helpline were to be tested the numbers would probably be a lot higher. Jersey's testing coverage is abysmal and no doubt hiding many potentially positive results.
To place a comment please login Login »