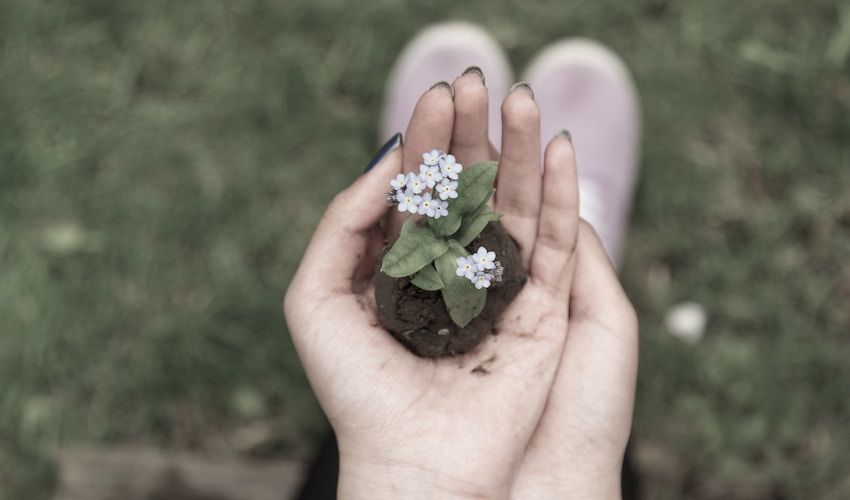 A campaign group has launched an appeal to establish a permanent memorial - potentially in the form of a garden - to remember the effect of the Occupation on the civilians who lived through it, ahead of Liberation 2020.

Described as a campaign for the "forgotten Occupation people of the British Isles", it was launched last year by Kev South, whose family - including his father - lived through the Occupation.

“The campaign came about with the experiences of my family,” Mr South explained. “As a child, I listened a lot about what the family went through.”

Since launching his petition – which has since garnered over 3,070 signatures - Mr South has been in contact with lots of islanders and UK residents who are “extremely enthusiastic” about the campaign, as well people “from all over the world.” “The response has been overwhelming,” Mr South said.

Some of those people have even shared their personal experiences, recalling stories and family memories.

“I have received lots of emails and people from other families have had the same situations and noticed the same behaviours in those who went through the Occupation,” Mr South said.

“My father did not want to talk about it, he blanked it out,” he added. “I have received lots of communications from people who have experienced the same in their own family. There are similarities. My father refused to talk about it. It’s only when he retired that he became much more relaxed and wanted to tell the world. When he passed away, he left me 10 pages about the Occupation and what he went through.”

Mr South’s campaign aims to remember not only those who stayed in the island during the Second World War, but also those who were forced to stay by officials and civil servants, and those who wanted to be evacuated and were not able to. “The campaign embraces everyone,” he said.

“For those who lived through the Occupation, the Liberation did not mark the end, it was the end of the beginning,” he explained. “It continued with health issues and mental issues, which some have taken to the grave. Some had no support from their family or the medical world. Many that went through Occupation had major issues long after Liberation 1945 to present day. The Liberation was not a cut off.”

Earlier this week, the campaign group launched its 75th End of the Occupation Appeal, which Mr South hopes will “help turbo boost towards awareness of the plight of all those who went through Occupation.”

Among other things, Mr South hopes to hold public events, develop the campaign website and literature but above all, he wants to share the story of those who lived in Jersey during the five years the Occupation lasted. “Not everyone is well aware of what they went through,” he said. “We need to realise the full spectrum.”

We need you! 2020 Appeal Year. pic.twitter.com/uVbx1bYamJ

While Mr South does not wish to impose on people a vision of what the memorial could look like, he has shared a few ideas. He is adamant it should not be a copy of Liberation Square, which he says “nobody is taking away from.”

“The Liberation was a very joyous event, so it is a very happy place, with lots going on,” he said.

“I think for people who lived through the Occupation we would need something a little bit more serious, with more reflexion and more contemplation.” 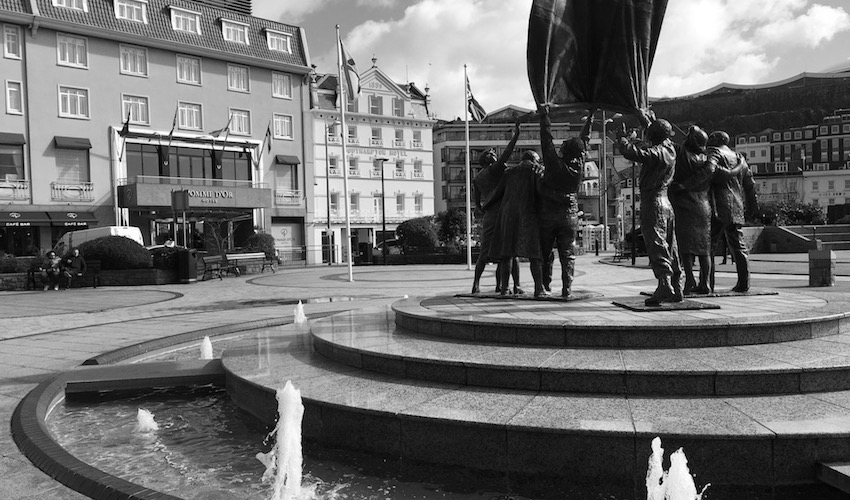 Pictured: Mr South does not want the memorial to be a copy of Liberation Square.

“When they announced there was going to be an evacuation, one of the deputies, who was shocked by it, said the people of Jersey would not want to leave as they were rooted in the ground,” Mr South explained. “I think a garden could be an appropriate reminder that islanders are rooted in the soil and very loyal to the island and rightly so.”

As for the location of the memorial, Mr South has ruled out St. Helier “where there’s already a lot happening.”

“It could go down to St. Brelade,” he said. “There are several places where it could go.”