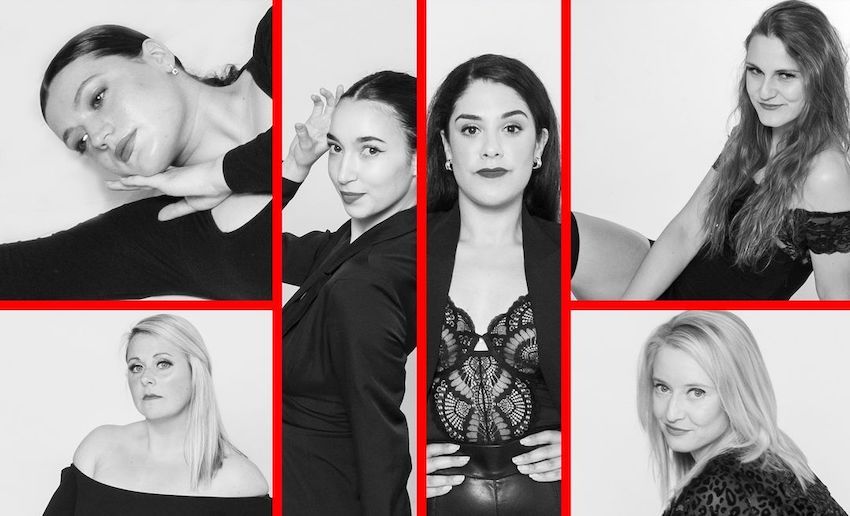 Following hot on the heels of Jersey Green Room Theatre Company’s production of GHOST last December, the company is about to bring a musical theatre classic to the Jersey stage this week.

There is also a variety of upcoming art and music exhibitions, a chance for artsy kids to win a year of free swimming, and a special mention of the Jersey Bulls on postal stamps.

Every weekend, Express presents a selection of online and offline exhibitions, performances, workshops, events and other historic, creative and delicious content to help islanders get their weekly dose of culture. Here's this week's offering... 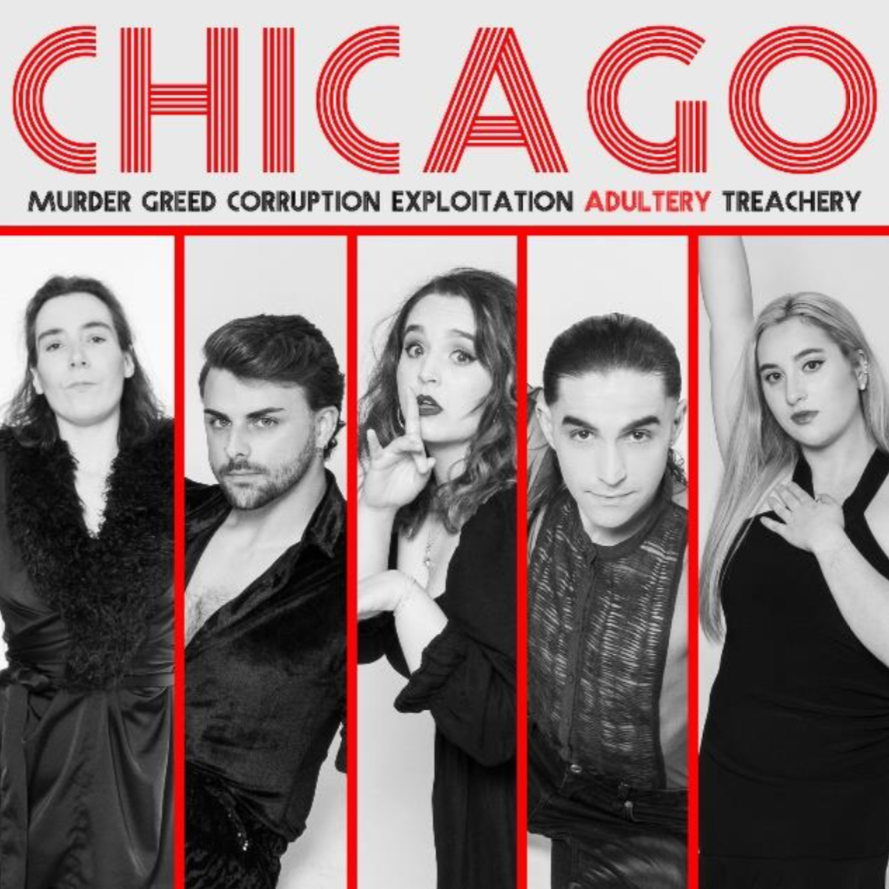 The Jersey Green Room Theatre Company’s production of Chicago opens on Saturday 21 May at the Royal Jersey Showground, Trinity, and will run for 12 performances.

This musical has been wowing audiences the world over for decades and the 2002 movie version was a huge hit, receiving several Academy Awards. The 35-strong cast are promising a sizzling, dazzling, dynamic live theatre experience with plenty of ‘razzle dazzle’.

Nick Carver, the show’s director, said: “We learnt a great deal about navigating rehearsals through the pandemic, and about putting on a big show without the Jersey Opera House being open. To compensate, we have double cast many of the principal roles, just to give ourselves a safety cushion. The teams play the characters very differently, and it’s very exciting to watch!”

Tickets are being sold through the Box Office at Jersey Arts Centre, and via their website: www.artscentre.je

Eclectic Exhibition at the Harbour Gallery 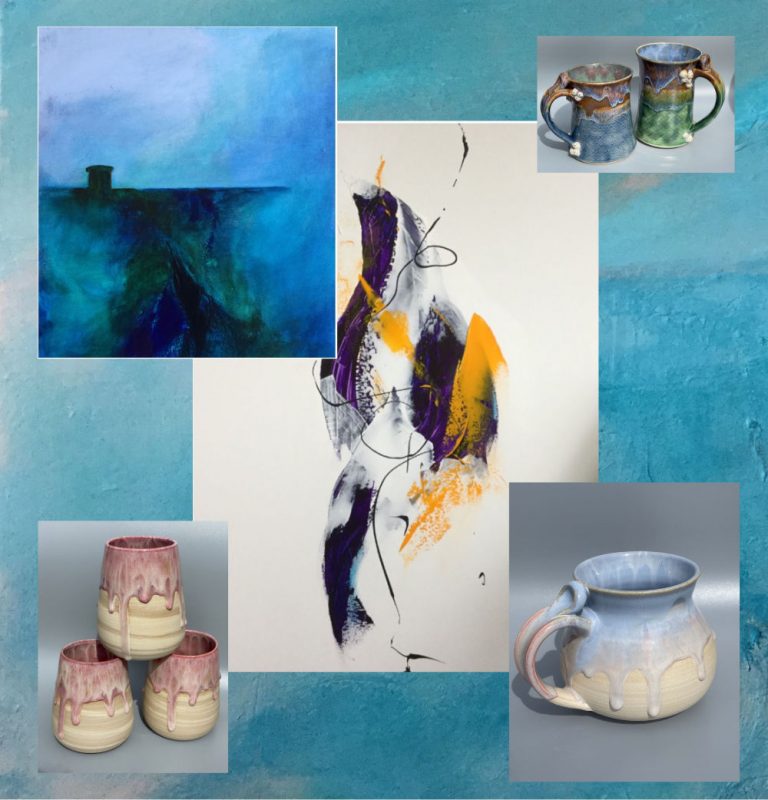 Eclectic Visions by Celina Borfiga opened at The Harbour Gallery on Thursday with an exhibition of paintings of atmospheric landscapes and expressive abstracts. The exhibition, which continues daily 10:00 to 16:30 until 19 June, also introduces Annabelle Flambard of Annie’s Pots for her first exhibition at the gallery.

Celina has donated a painting to be auctioned by silent auction which will be accepting bids for the entirety of the exhibition. A raffle will also be held on the opening evening, monies from both of these will go towards the future relocation of The Harbour Gallery.

Last chance to make a splash in art contest 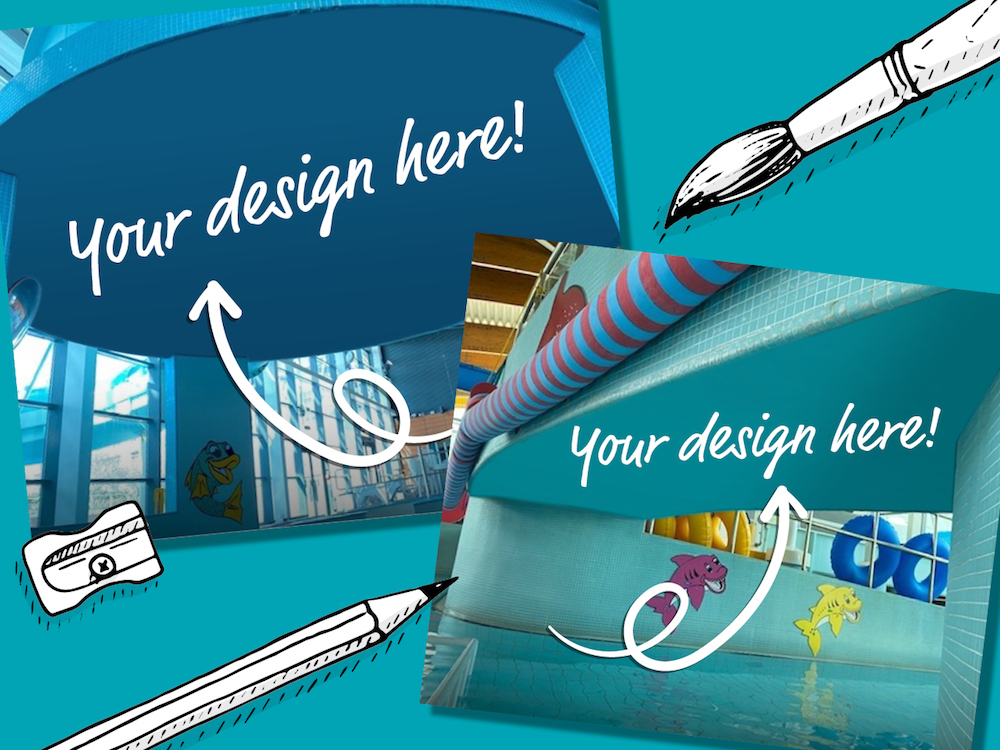 The AquaSpash is holding an art competition for kids aged 11 and under to win a year’s worth of free swimming sessions at the centre by designing a new look for the walls of the fun pool.

The winning entry will be professionally produced by a local design company and installed at the centre in time for the summer holidays, with the winning artist also getting one year of free swimming as part of their prize.

Kids can enter using the competition colouring-in sheet, which is available to collect from the AquaSplash or can be downloaded online. Completed designs should be handed in at the AquaSplash with name, age and a parent/guardian email and telephone number clearly visible. The deadline for this competition is Sunday May 22nd.

The colouring-in sheet can be downloaded here.

Liberation Celebrations come to a close 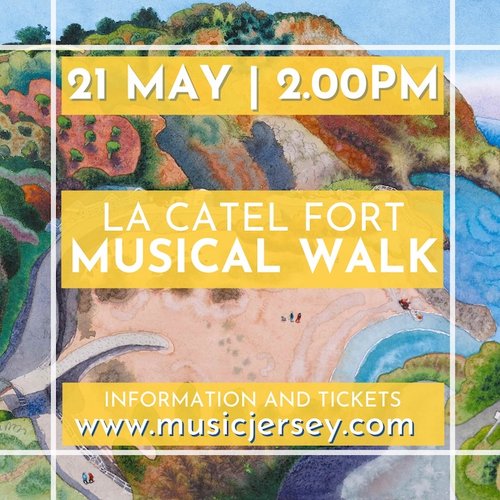 Today will mark the final day of the Liberation International Music Festival, which has been running for the last two weeks.

The annual festival has seen a wide variety of musical experiences from the Ukrainian international soloist Maxim Rysanov performing in a Concert for Heroes in a bunker, the Jersey Chamber Orchestra performing a word premiere of film composer Christopher Gunning, to performances by talented islanders such as the guitarist Ian George, and educational workshops for the island’s children.

The closing event on Saturday 21 May is a Musical Walk through Greve de Lecq with saxophonist Matthew Lombard and marimba player Eva Hsieh.

The guided walk led by Ian Ronayne starts at 14:15 and all walkers walk together with five musical stops, ending at La Catel Fort. Attendees are inviyed to meet at 14:00 at the Prince of Wales pub by Greve de Lecq Carpark.

You can buy tickets online here.

Jersey Bulls are featured on one of eight commemorative stamps have been issued which highlight great FA cup moments throughout history. 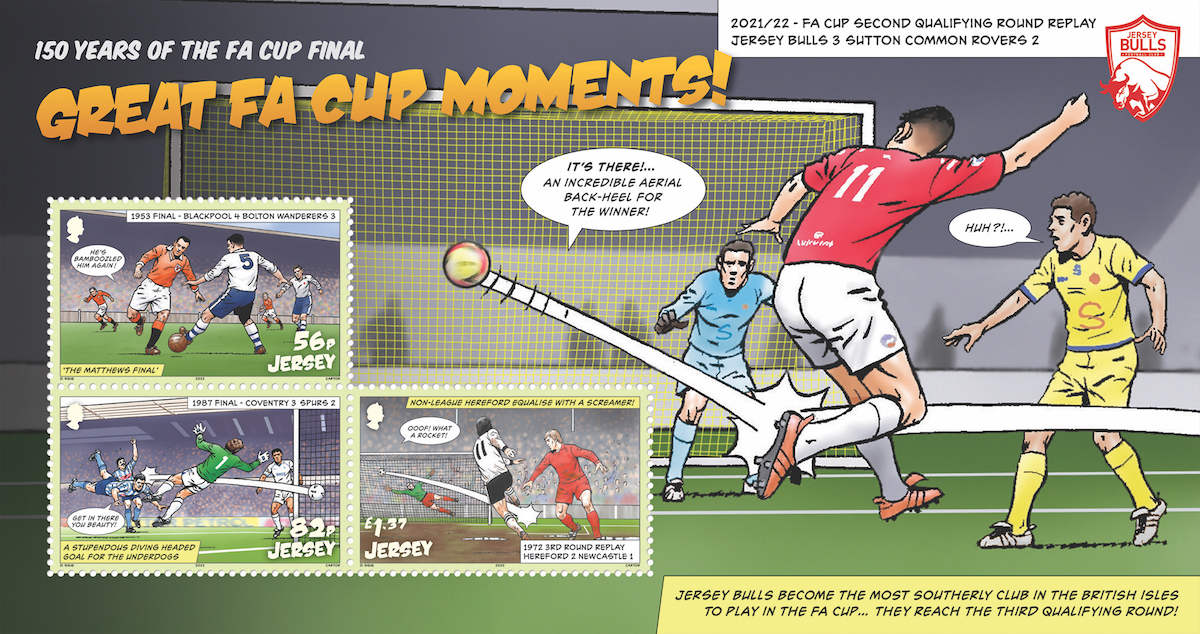 Included are the island's very own Jersey Bulls becoming the most southerly club in the British Isles to play in the FA Cup! 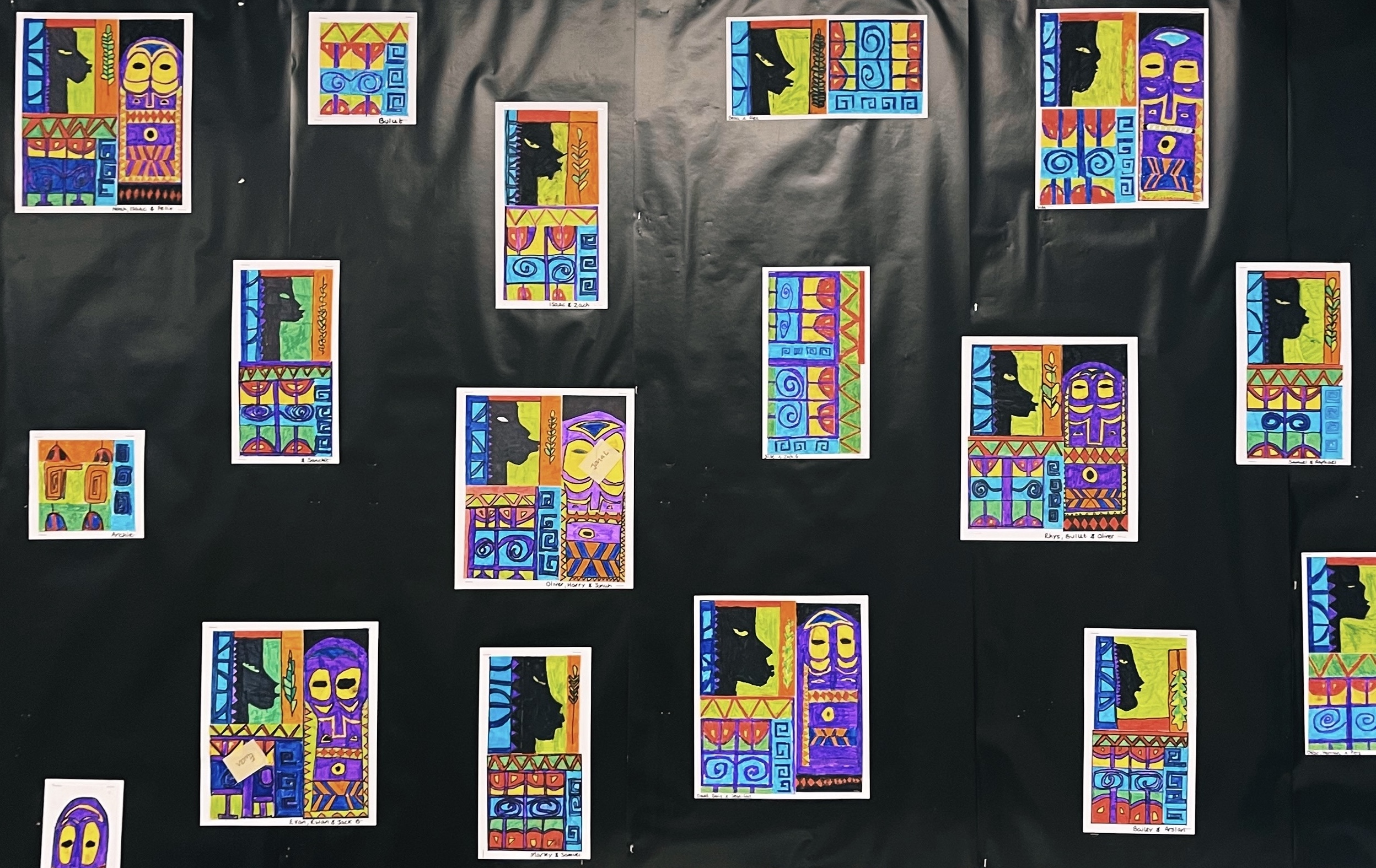 To coincide with the World Day for Cultural Diversity and Dialogue, Express has this week looked at how culture and diversity can be promoted in the classroom.

After looking at the use of languages at school earlier this week, today, we turn to art. VCP's Art Leader has shared what the school has been up to this academic year, including a special Multi-Cultural Art Day. 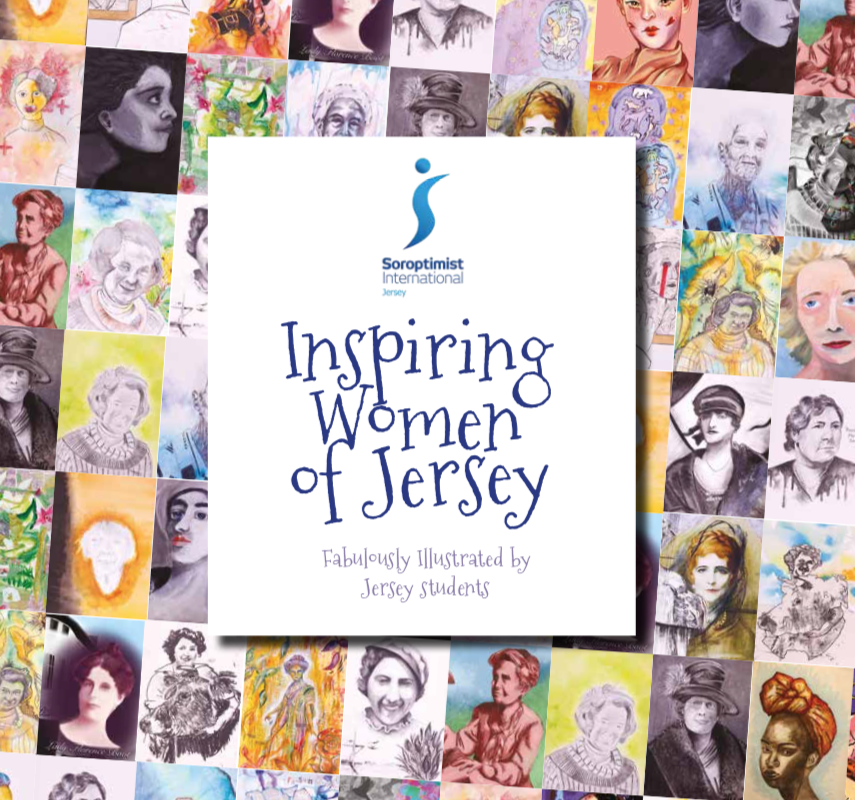 The ‘Inspiring Women of Jersey’ book celebrates a fascinating selection of sixteen women including the brave, defiant Louisa Gould, the radical influencer Elinor Glyn and the accomplished, fearless Dot Macready.

The artwork in this colourful publication was created by local students who were invited to submit their work for a competition last autumn. 37 entries were received from various schools and all the entries appear in the book due to the high standard of the work submitted.

The launch of the book has coincided with an exhibition of all the artwork, on display in the Link Gallery, Jersey Museum for the month of May.

The book was commissioned by Soroptimist International Jersey to celebrate 70 years as a Club helping women and girls, and to raise funds for Brightly and the Jersey Women’s Refuge. It is on sale for £9.99 at the Jersey Museum and Société Jersiaise, and at www.pennybyrneauthor.com with all proceeds being shared equally between the two charities.

ART FIX: Ballads from the bunker...