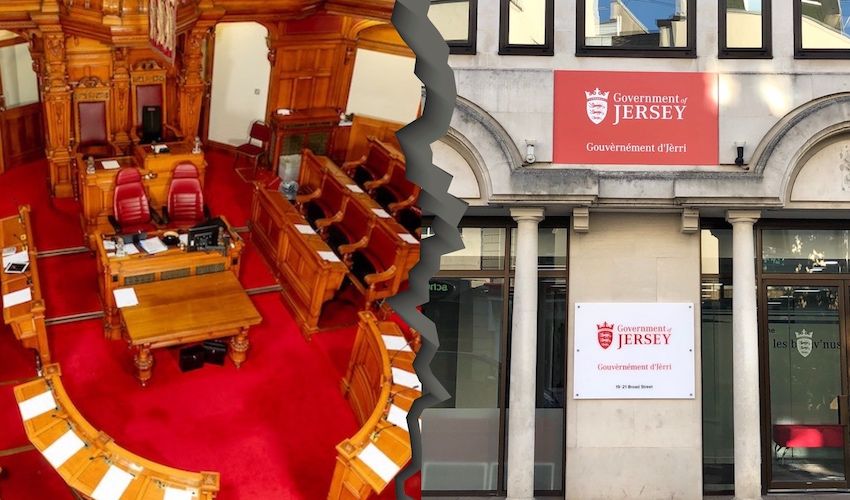 The government and States Assembly have been ranked as the least trusted institutions in Jersey.

The finding came in the latest Jersey Opinion and Lifestyle Survey (JOLS), in which islanders were asked to rate how much they trusted a list of institutions. 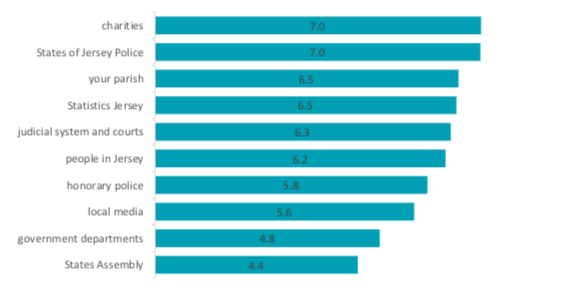 Pictured: Islanders were asked to rate how much they trusted a list of institutions.

Local charities and the Police received the highest score with 7, followed by parishes and Statistics Jersey with 6.5 and the judicial system and courts with 6.3.

Respondents ranked people in Jersey (6.2), the honorary police (5.8), the local media (5.6) ahead of government departments and the States Assembly, which scored 4.8 and 4.4 respectively.

The results showed that older age groups had more trust in the judicial system, parish system and honorary police than other groups.

In general, people whose households found it ‘very difficult’ to cope financially had lower trust in civic institutions (e.g. police, parish, judiciary, government departments and States Assembly), than those who found coping financially ‘very easy’ or ‘quite easy’. 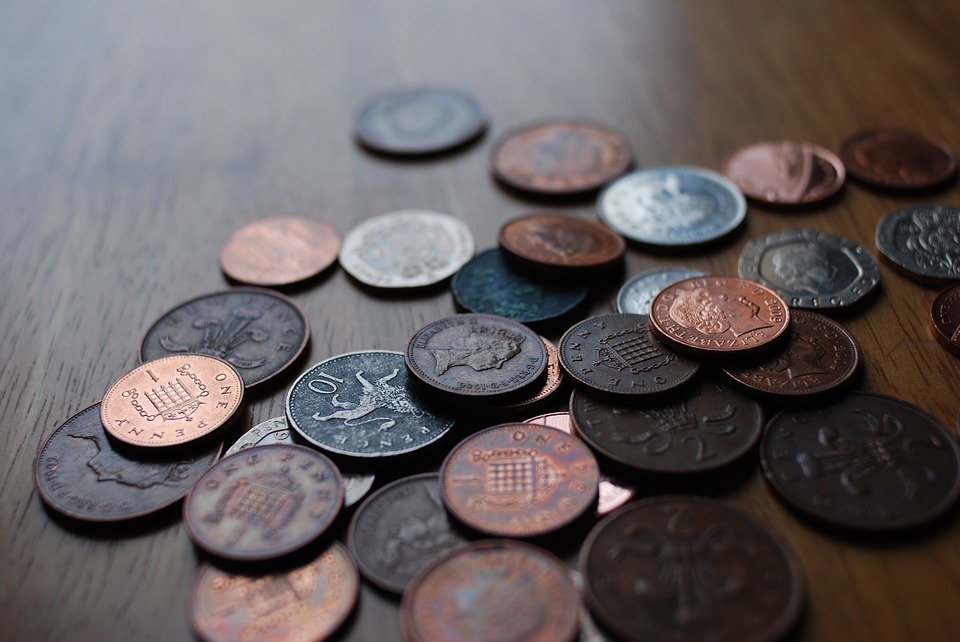 St. Saviour Deputy Kevin Pamplin, who worked in the media before becoming a politician, said he believed the distrust expressed towards the Assembly is part of a global trend and the result of external factors.

“Right now, across the world in general politics and politicians are at their lowest ebb,” he said. “Here locally the lines are blurred because the world of Brexit, Boris and Trump overrides the conversations sadly.

The Deputy says that continuous access to news through social media, along with "24-hour commentary and opinion led information" feeds apathy.

“The greatest threat we have to democracy is that we do not share a common base line of facts,” he explained. 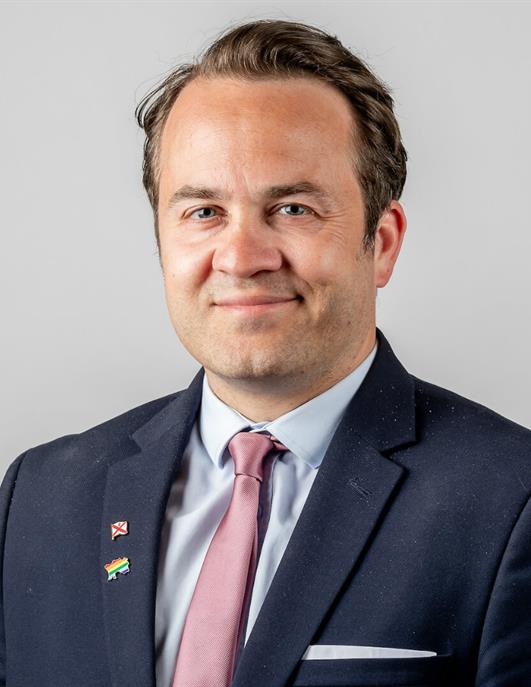 “In another way, ‘Yes you are entitled to your opinion, but not your own version of the facts.’ Add to this is our not so straight forward election process and not so engaging access to local democracy then we will always be swimming against the tide.”

The Deputy, who was elected in May 2018, said that a number of States Members are trying to change this, “by reaching out and speaking truths, in ways that connect with everyone.”

Deputy Pamplin himself use his own social media regularly to share updates on the work he is doing, questions being asked in the Assembly as well as debates.

“The relationship has to work both ways and not just at election time and then not handed over to someone else to spin for you,” he said. 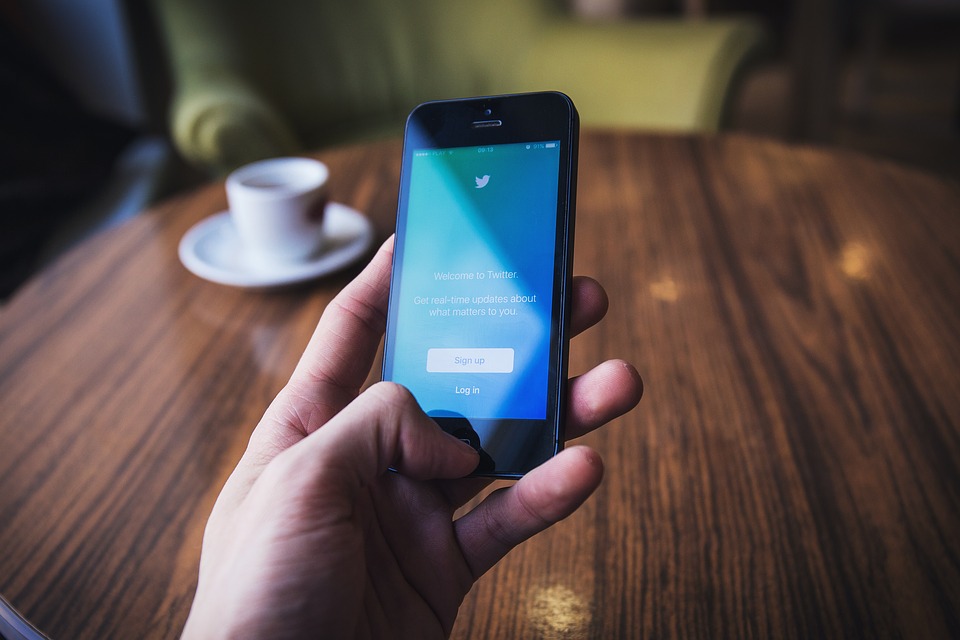 Pictured: Politicians and the States Greffe are using social media more to update the public about their work.

“It’s not just some of us members, but also the Assembly staff and Greffe,” he added. “Their social media has now become far more focused and engaging giving islanders a more easier route in.”

Deputy Pamplin however said that this needs more backing – which the Government plan had considered – so that all can share the work they do in the name of the Assembly, such as Scrutiny.

“We truly do investigate and hold Ministers to account, with fact based well researched evidence,” Deputy Pamplin said. “Some of the findings and responses have at times left me gobsmacked. I will continue to speak freely and do the work that islanders deserve and expect of us, but it’s not easy I accept.

“But I am keen to carry on with my approach and vision to make myself rise above this as ever and hopefully will have the same affect beyond me in being more open, transparent, and continue to build on trust in a genuine, thoughtful honest way.”

WE GO ON: Now back with colleagues here at Mourier House as our Scrutiny work goes on. Really important review panel meeting first, then my other health panel launches our next big piece of work. Much like our Mental Health review. #Alonsy pic.twitter.com/LFeUP4UvPB

Responding to the findings, a government spokesperson said that “the lack of trust in politicians is not unique to Jersey”, noting that global research into people’s attitudes to professions showed politicians and government ministers are among the least trusted in all the countries surveyed.

However, they said that Jersey's government is trying to reverse the trend, adding that they hoped the changes being made to the culture of government and the “delivery of improved services” will help increase public confidence.

The government will soon launch a new approach to handling feedback from islanders, which will allow them to gather feedback online, in person, and over the phone, and act on it promptly.

“We will use the information we gather to continue to improve the efficiency and effectiveness of the wide range of services we provide, as we are very aware that it is taxpayers who fund these services,” the spokesperson explained. 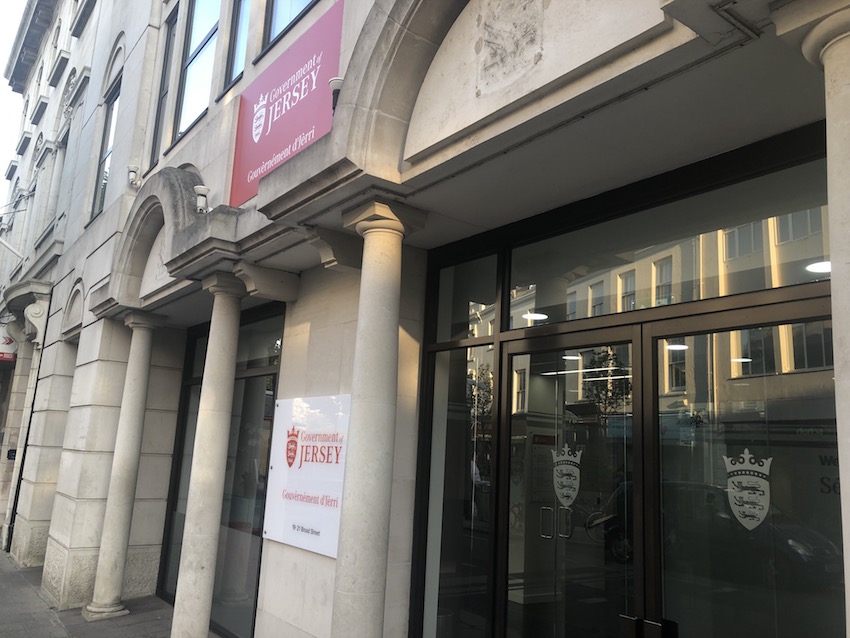 It is hoped the changes will see civic engagement continue to increase. As the government noted, the survey showed “an encouraging trend in the increase in civic engagement amongst Jersey’s population".

Last year’s survey recorded that 34% of adults had signed an e-petition whilst 18% had voiced an opinion (either positive or negative) to a politician or government official.

Both of these statistics increased in this year’s survey to 43% and 20% respectively.

“We are committed to providing opportunities for islanders to engage with government,” the spokesperson said.

Pictured: Civic engagement increased in the last year according to the latest Jersey Opinion and Lifestyle Survey.

“Since the States Greffe introduced electronic petitions in 2018, they have been a popular way for islanders to interact directly with government.

“In the last few months, we have organised dozens of public meetings and consultations to enable islanders to have their say on significant policy issues, including the Government Plan, the Jersey Care Model, and Jersey’s future immigration system.”

Commenting on the media being ranked higher than politicians and government departments, Deputy Pamplin saids the most obvious reason is that they provide the news rather than “making them” like States members voting on law changes.

“Being an island forged on community the islands media have long played their part in keeping those traditions alive,” he said.

Pictured: Islanders appear to trust the media more than politicians and government departments.

“As we also know, we don’t have a lot of ‘News’ on a daily basis. So a lot of news on the island is more lifestyle and storytelling, showcasing the many of our 440 charities.

“It is a skill and an art connecting all of this with an audience and once that is done well, it’s like a faithful friend or companion that you trust even when passing on bad news.”

Posted by John Henwood on Dec 5th, 2019
The media don't come out of the survey too well either. When I worked in news and information dissemination (admittedly more than 20 years ago) my medium was heavily regulated. One was not permitted to take a position on matters of public and political controversy and we had to stick to the facts. If we reported one side of a controversial topic we were obliged to give equal coverage to the other side. For a journalist it was frustrating at times, but the public was able to rely on the fairness and veracity of TV and radio news. Today, regulation of television and radio news is much less stringent and the line between fact and opinion is blurred. To this one must add the 'loose cannon' of social media as a source of information and one sees that it's not surprising that the public expresses a degree of cynicism.
Posted by Spencer Pryor on Dec 5th, 2019
Actually disagree with John Henwood (My old boss at CTV!!) as even today the broadcast media are highly regulated in tegards to impartiality and fairness. I deal with the Ofcom Codes of Practice on a daily basis and they are robust in regards to impartiality, especially during elections. The news departments in UK stations must be having a nightmare right now!. However this does mean that our broadcast organisations are regulated by the UK and not locally, unlike the Isle of Man who have their own licensing regime . However it is the internet and social media that is unregulated or at best self-regulated. Just yesterday my step daughter was all upset because she had been informed on facebook that the Queen had passed away and that it must be true as it was on Facebook. I would have been interested to note how social media scored in the JLOS regarding trustworthyness. I suspect it might have ranked even lower than the government or States Assembly! What worries me is that to a najority of islanders social media is their main source of news and information. And don't get me started on the personal data use of these unaccountable foreign social media companies...
To place a comment please login Login »