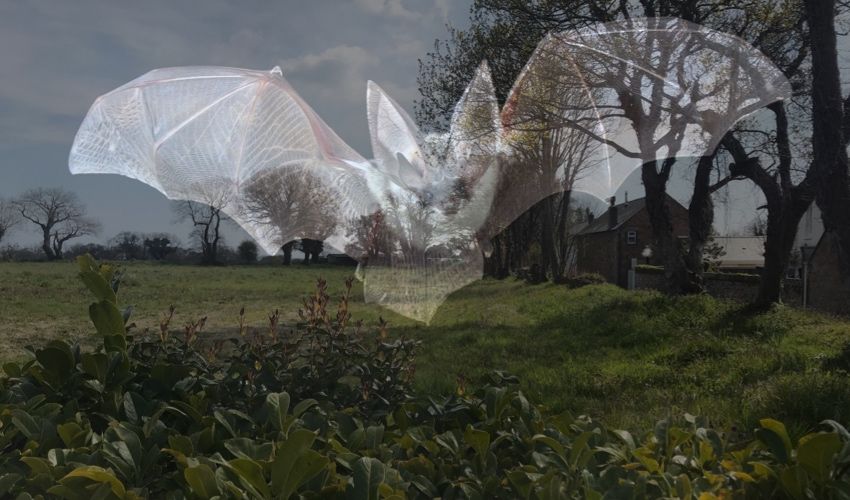 Up to 30% of Jersey’s long-eared bat population could be lost if two fields are approved for housing in the Island Plan, according to ecologists.

The Jersey Professional Ecologist Forum has written to all States Members to share their concerns over development on a field in St. John, immediately south of Sion Chapel, and another in St. Martin, close to the Catholic Church.

Both are on the Environment Minister’s ‘A-list’ of sites earmarked for affordable homes in the proposed three-year 'Bridging Island Plan', which is due to be voted on by States Members in March.

But the Forum argues that selecting these sites would be counter to two international conventions which Jersey has signed and would also go against the Government’s ‘Common Strategic Policy’ to protect and value the natural environment.

In their letter, the ecologists write: “Field J1109 is immediately adjacent to a roost of significant conservation value for grey long-eared bats in the Sion chapel.

“The roost in question is one of only five known maternity roosts for this species on the island. It is estimated to hold around 15% of the island’s known breeding population of females of this species.”

They add: “We would also like to highlight a similar issue for field MN410, where again, a roost of grey long-eared has been identified to the north of the proposed site, in the adjacent church.

“This roost has also been identified as a potential maternity roost but has not been sufficiently surveyed to date.

“Based on an evaluation of available data to date, the loss / modification of fields J1109 and MN410 could potentially pose a risk to around 25-30% of the known breeding population of this species, which is significant at national scale.”

The species has “near threatened” status due to falling populations across Europe.

The Forum is also highly critical of the response of planning inspectors’ who reviewed the plan as part of its ‘examination in public’ phase in November and December.

They write: “We are exceptionally disappointed to see the response in the inspector's report: ‘Local residents state that a long-eared bat roost is located next to the field, presumably in the hedgerow trees to the south-west.’

“The complete lack of consideration or evaluation for this species which has been highlighted is staggering and the response provided by the Minister shows a complete lack of understanding of the species being affected.

“‘The Minister suggests that this would not preclude development, provided that suitable mitigation measures, including possible relocation, were to be employed.’

“Moving the potential maternity roost of either site would require a structure of equal size and internal loft space to be built before any other development is constructed,” the Forum argues.

It adds: “We are greatly concerned that due diligence in the assessment for these fields has not been appropriately undertaken with regards to wildlife and biodiversity.

“As such, we strongly urge the Environment Minister to remove these fields from the ‘Site A’ list, until such a time that appropriate information is collected.”

The Forum is comprised of ecologists and environmental professionals from the island’s two ecology companies, as well as the Chair of the Zoology Section of the Société Jersiaise, who is also a scientific adviser to the UK Mammal Society.

Local ecologist Piers Sangan, who said he was "devastated" about the housing plans, is among the members of the Forum.

In his latest Express column, he lamented States Members' "cavalier approach" to choosing potential housing sites, and the "complete lack of due process and consideration for our island's ecology within the assessment criteria."

I am devastated to see that one of the new proposed sites is adjacent to one of our islands important bat roosts. Unfortunately because surveys are not been undertaken before hand these elements aren’t picked up.???? @JerseyBioCentre @JerseyBatGroup @bailiwickxpress https://t.co/kdkZ7wzcMj

Highlighting proposals to develop alongside the protected Grouville Marsh, he said: "How can we say that we are protecting these sites if we are constantly enclosing them with development? It is not just the development footprint that is detrimental but also the passive impacts that can cause the most damage to adjacent sites.

"We have amendments to build on wet meadows which were highlighted in the flood risk assessment document as being unsuitable for development.

"The justification is that these areas look a mess with brambles and bracken. Our wetland sites are biodiversity hotspots for the island. Not only are they supporting resident populations of species, but also as vital wintering grounds for migratory species."

READ MORE about the Island Plan..

Plan to build MOT testing centre on fields next to Airport

Why the Bridging Island Plan bulldozes through our ecology