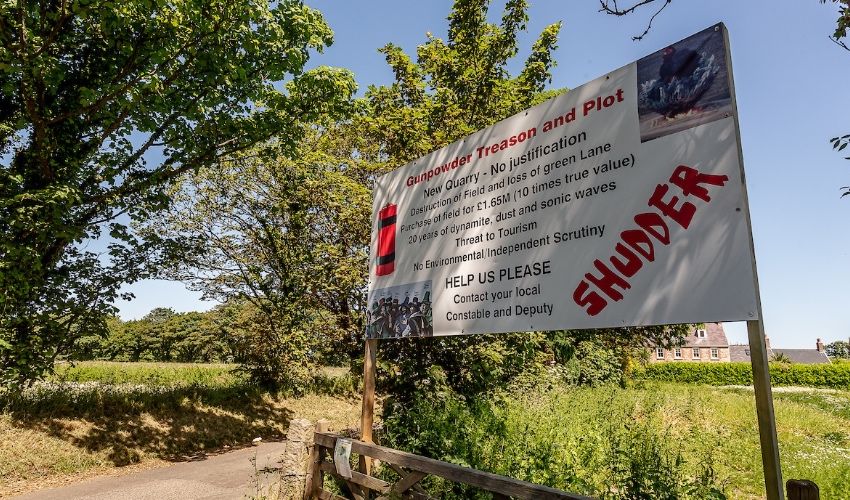 One of the most controversial proposals in the next Island Plan could be removed if politicians agree to stop a quarry being allowed to expand into a next-door field.

Senator Kristina Moore has formally tabled an amendment to the draft plan, which will become the island's blueprint for development until 2025, asking Members to protect ‘Field MY966’.

The plan – which has been cut down from its usual 10-year span to three because of covid – supports Granite Products, which owns La Gigoulande Quarry in St. Peter’s Valley, expanding into the field to extend its reserves of rock from around seven years to over 30.

Granite Products purchased the field in late 2019 for £1.65m, leading to accusations that the expansion was a ‘done deal’. However, this has been denied by the company, which said it bought the land as part of its long-term plan to supply the island with aggregate.

The field is to the south of the quarry and separated from its perimeter by Rue Bechervaise, a lane that would be extinguished if the expansion took place. 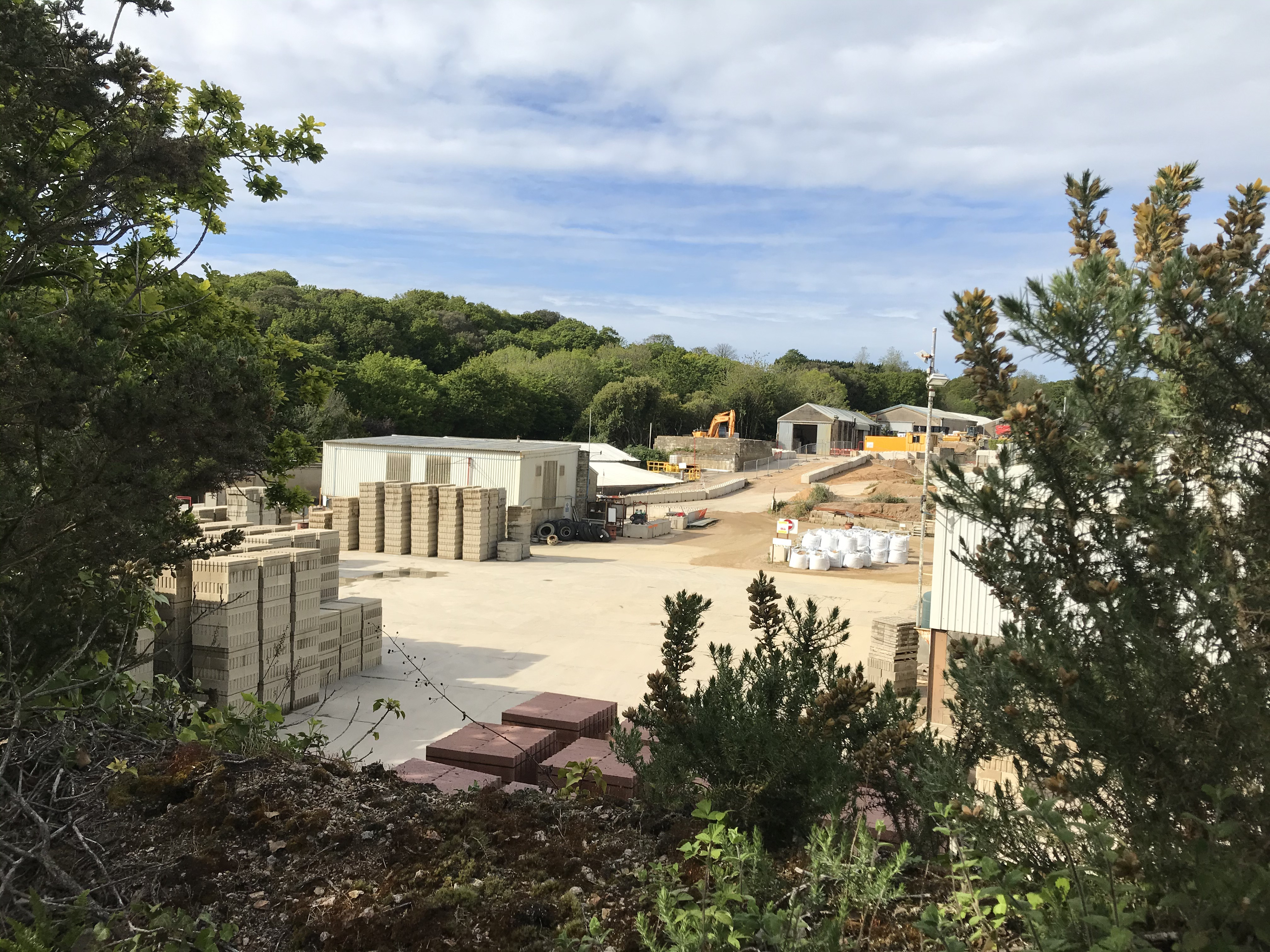 Pictured: La Gigoulande Quarry in St. Peter's Valley has been operating in phases since 1946.

The proposal has been met with fierce opposition from both residents and politicians representing them.

It has even prompted a local digital artist to create new images, in an effort to encourage young people to voice their opposition.

Senator Moore, who used to be a Deputy in St. Peter, is asking for the quarry expansion to be removed from the ‘bridging’ Island Plan to allow for more time to address what she argues are contractions in reports that provide evidence on which the authors of the Island Plan have based their recommendations. 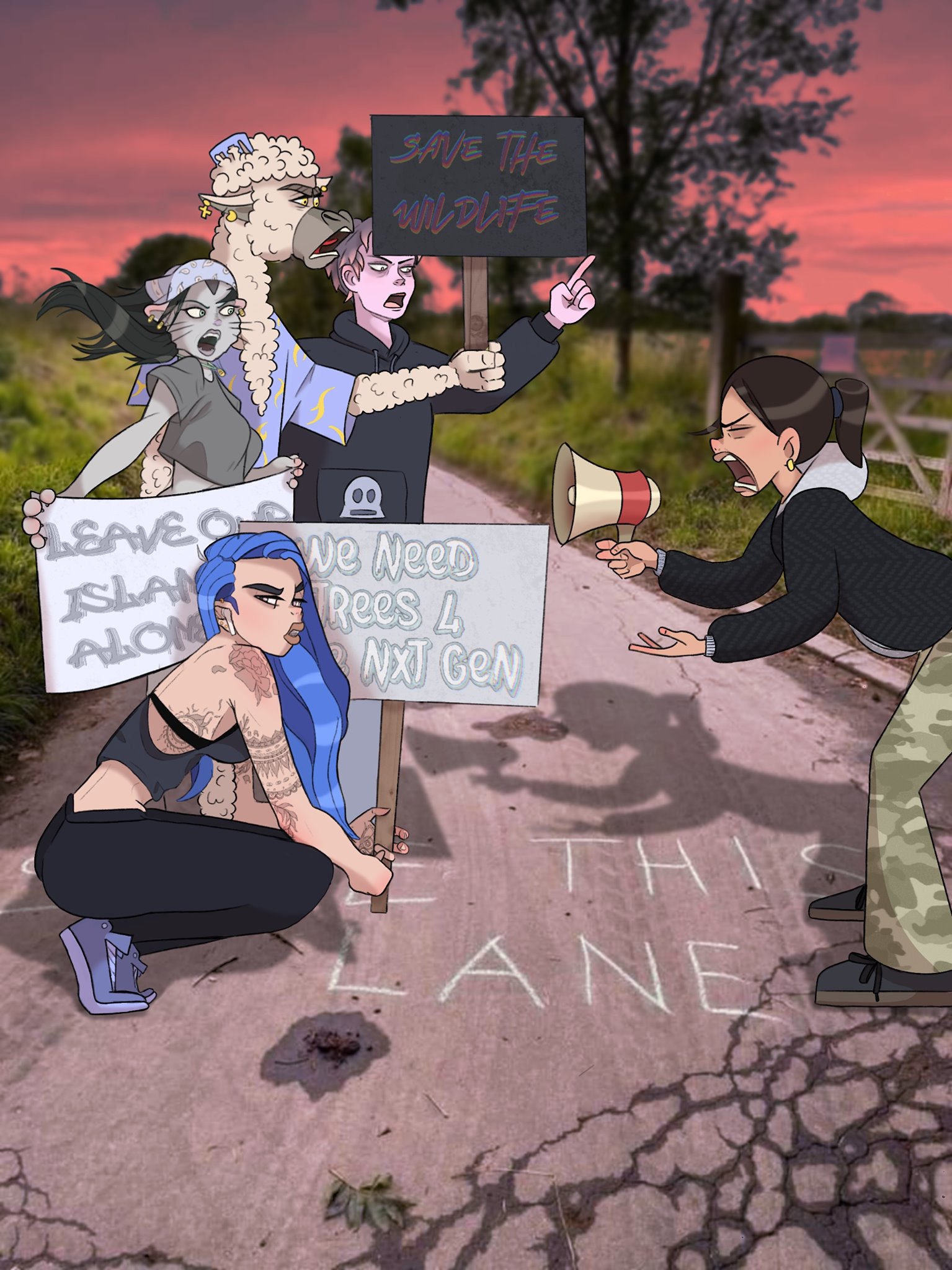 “According to the Plan, there are less than eight years of economically winnable reserves remaining in the current quarry, therefore taking the time to further consider the facts and consult with the public prior to debate in 2024 of the full Island Plan would not have a detrimental impact on the short-term delivery of aggregate in the island,” she said.

“In any event, the extension of the Ronez quarry has recently been passed. Therefore, there is adequate supply available for the projects such as the hospital and additional housing that are identified in the plan.”

The Senator says that the extinguishment of the road, part of the Island’s cycle network, would be contrary to the Government’s sustainable transport aims, and the impact of an expansion on the nearby Greenhills Hotel would have a detrimental impact on tourism.

Pictured: Senator Kristina Moore is calling for the draft Island Plan's proposal that Field MY966 is "safeguarded" for mineral extraction to be removed.

Senator Moore’s proposal was one of many that were officially lodged at the last minute before last night’s deadline for amendments and public comments on the draft Island Plan.

There are now 54 amendments to the plan and 525 published comments from members of the public.

All of these will now be reviewed by a team of independent planning inspectors.

Posted by Robert Gabriel on Jul 13th, 2021
I am very sympathetic towards the goal of promoting Jersey’s tourist industry as well as promoting the Island’s cycle network. However, if Jersey’s politicians are serious about reducing the need to reduce the island’s carbon footprint then it’s vital we also reduce unnecessary imports of aggregates. In this regard keeping the La Gigoulande Quarry open for the next 30 years seems like a no brainier.
Posted by john garner on Jul 13th, 2021
The shear cost of importing aggregates will add tens of millions onto the cost of any new hospital
Posted by Jon Jon on Jul 13th, 2021
Moore jumps on the bandwagon all the time now,what’s more important,a field or keeping building costs down ,importing aggregate into the island will be costly,NIMBY people!
To place a comment please login Login »