Burnt pizzeria rises from the ash in new location 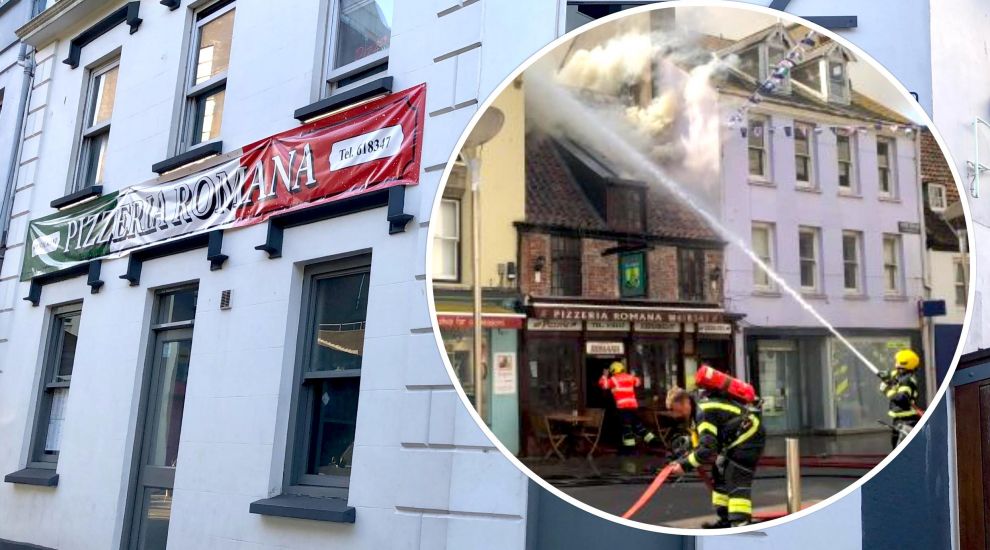 Burnt pizzeria rises from the ash in new location

A family-run pizzeria that burnt down in one of this year’s most serious blazes has risen from the ash to open in a new location today.

Pizzeria Romana will be opening its doors at 2 Elizabeth Place, Cheapside, today at 11:45am.

Fire tore through the restaurant's iconic 300-year-old premises at Charing Cross in April, with the blaze so severe that islanders could spot thick plumes of black smoke from across town.

Video: Islanders stopped in their tracks to watch firefighters tackle the inferno at the 300-year-old building.

The area was cordoned off as firefighters cordon entered the building, which was specially protected under the law due to its original 18th century roof beams and internal woodwork, but they were soon forced to retreat amid fears the roof would collapse.

Amid the devastation caused to the building, Pizzeria Romana's owners vowed to reopen in a new location as a temporary measure.

Despite some delay due to "red tape", the new premises has opened today at its new 30-seater 'base' with a menu promising familiar favourites.

Owners announced the news in a Facebook post last night, which thanked customers for their "patience and support."

The post received over 150 likes, with dozens of islanders sharing well wishes with the team.

"Fantastic news and well done for hanging on in there," one wrote.

Another added: "Great news, will be down to support you very soon!"