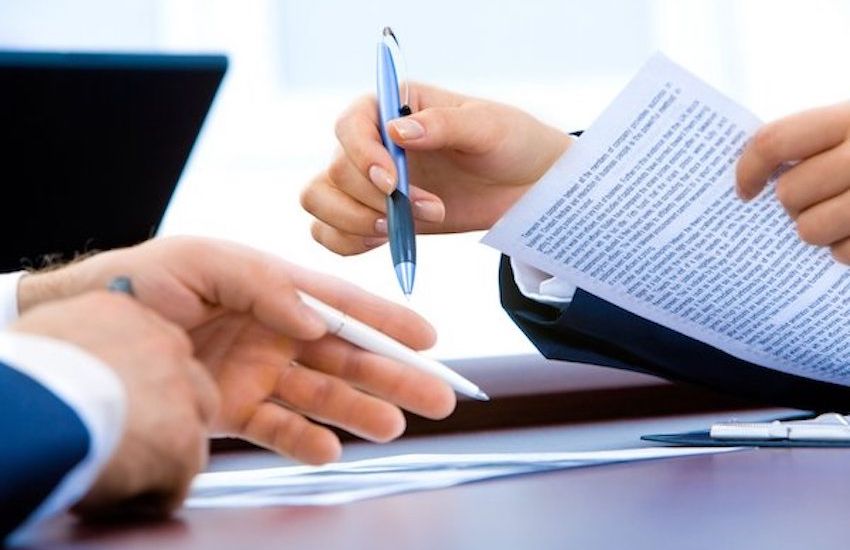 The body responsible for overseeing the recruitment of some of the island’s most senior positions says it is concerned 'arms-length' companies may be able to ‘stack’ appointments panels “in such a way as to try and control the outcome” of the process.

The Jersey Appointments Commission, which is chaired by former UK Civil Service Commissioner Dame Janet Paraskeva, raised the “serious matter” in the body’s annual report, saying it “affects fairness and openness” and pledged to “monitor” it.

No details were provided about how this concern had arisen and which arms-length organisations (ALOs) in particular had sparked it, however. Express has asked for further details but so far, none has been provided.

The report also raised “concerns that there is no central oversight of all the ALOs and States-funded bodies, and no one point of contact for the JAC to report concerns to.”

This week, States Members are due to debate proposals from Senator Tracey Vallois to create a Supervisory Committee of States Members to monitor the performance of ALOs.

Senator Vallois said her plan was sparked by comments that there is a “lack of oversight” and “lack of governance and accountability” to the Democratic Accountability and Governance Sub-Committee which she set up and chaired to review how well Jersey is run.

“During the Sub-Committee’s review, some Members expressed the view that better governance arrangements should be put in place for the relevant ALOs and Specified Organisations where the States of Jersey is a shareholder,” she explained in a reportaccompanying her proposals.

“Members also commented that any Memoranda of Understanding (MoU) or Service Level Agreements (SLA) made with them should not just be the responsibility of the relevant Minister or Director General.

“The Sub-Committee suggested that a States of Jersey Supervisory Committee could be based on the States’ Trading Supervisory Board in Guernsey, which carries out the States’ role as shareholder of any incorporated companies which are owned by the States. It oversees a diverse portfolio of companies - some are fully formed commercial companies in their own right and so the Board is not involved in the day-to-day running of these businesses but is involved in decision-making.”

If Senator Vallois’ proposition is approved this week, the Treasury Minister would be required to draw up proposals for consideration by the States Assembly by 30 September 2022.

The Council of Ministers has indicated that it will support the proposal, but would like to ensure that Ministers are part of the Committee. They also ask for the body to not be called ‘Supervisory’, saying it “implies an ability to provide direction”, and asks for a longer timeframe until 31 October.

It’s not the first time arms-length organisations’ governance – and their appointment processes in particular – have come under scrutiny.

Typically, the final approval of board members to arms-length organisations goes through with minimal debate by politicians, and a strong majority vote, as their backing comes at the end of a lengthy selection process.

But States Members’ growing frustration with the process, and the appointments themselves, boiled over in July 2020 when they were asked to vote on a new Chair and board member of the public-owned States of Jersey Development Company, and a request to extend maximum terms from nine to 12 years, was met with much resistance.

Many politicians voiced their concern about the process and the lack of diversity of the appointees, while Deputy Kirsten Morel criticised the “culture of the same people going round and round” within different arms-length organisations, saying that “it has to stop.”

“12 years is also far too long a term: it could lead to complacency and an atmosphere where corruption is possible,” he added.

In the end, the appointments were passed with just two votes.

Who are Jersey’s ALOs?

ALOs are organisations substantially funded by, or economically dependent on, the States and/or Government of Jersey, which fulfil a role the Government would otherwise perform. They are bound by a written agreement governing the relationship.

The definition does not extend to bodies receiving less than £75,000 per year.

While also operating at ‘arms-length’, other larger bodies like the States of Jersey Development Company, Jersey Post, JT Group, Ports of Jersey and Jersey Overseas Aid are specifically known as ‘Specified Organisations’ under the Public Finances Law.

Posted by Scott Mills on Apr 25th, 2022
No issue here, as everything is fixed in Jersey, Everything!!!!
To place a comment please login Login »