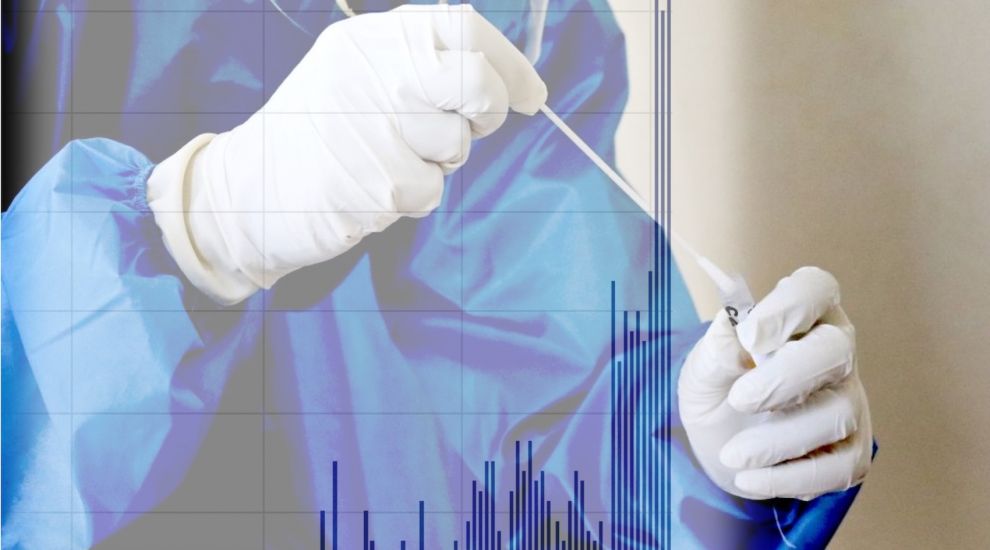 The number of individuals with covid in Jersey has reached 440 - more than doubling in one week.

Meanwhile, 15 individuals receiving care in hospital are recorded as having the virus - all but two were identified via ward and admissions screening.

284 cases are symptomatic and 156 are not showing any symptoms.

The number of active cases in the Island is 440.

Of the 68 cases identified in the past 24 hours, 25 were picked up via contact tracing, 19 were identified through the workforce screening programme, and 16 were individuals seeking healthcare.

The rise is a 120% increase from last Friday when there were 200 active cases.

More than 3,000 individuals are being counted as direct contacts, and Express understands that the contact tracing team are having difficulties in keeping up, with some individuals waiting more than 24 hours to be called to book a test after officially being notified that they are a 'direct contact' either via email, SMS, phone call or via the Covid Alert App.

Anyone who suspects they are a direct contact - if they know someone who has recently tested positive, for example - is being advised to go into isolation immediately. If they do not receive an official alert to tell them that they are counted as a direct contact within 24 hours then they are free to resume normal activity.

Anyone who has been officially told that they are a direct contact, but who has not been called to book a test within 24 hours, is advised to call the helpline.

The latest figures follow a stark warning earlier this week from Dr Ivan Muscat and the Health Minister that, if current trends continue, around 10% of the population could be isolating by Boxing Day, either due to having the virus or being a direct contact. 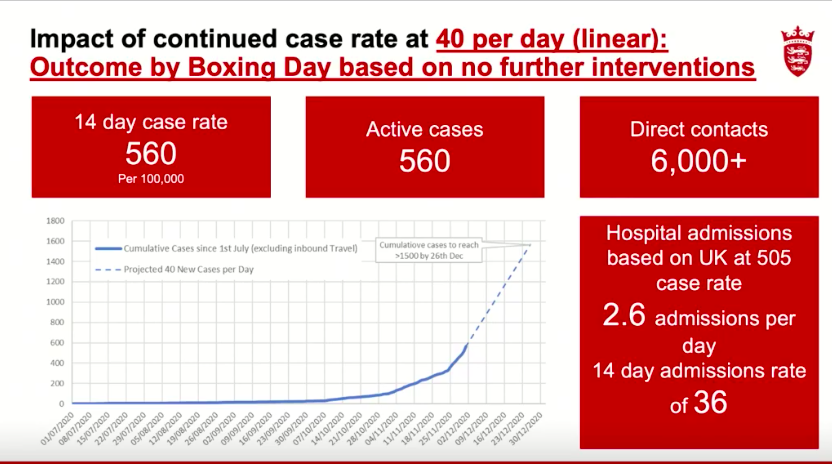 Pictured: The chart shows the number of cases by Boxing Day based on a linear growth.

In a bid to bring down community transmission, all hospitality venues with a licence to serve alcohol were closed today, as well as fitness venues.

It had been expected that an announcement would be made today on Christmas 'bubble' plans, but Ministers have now pushed back releasing any new guidance until Monday.