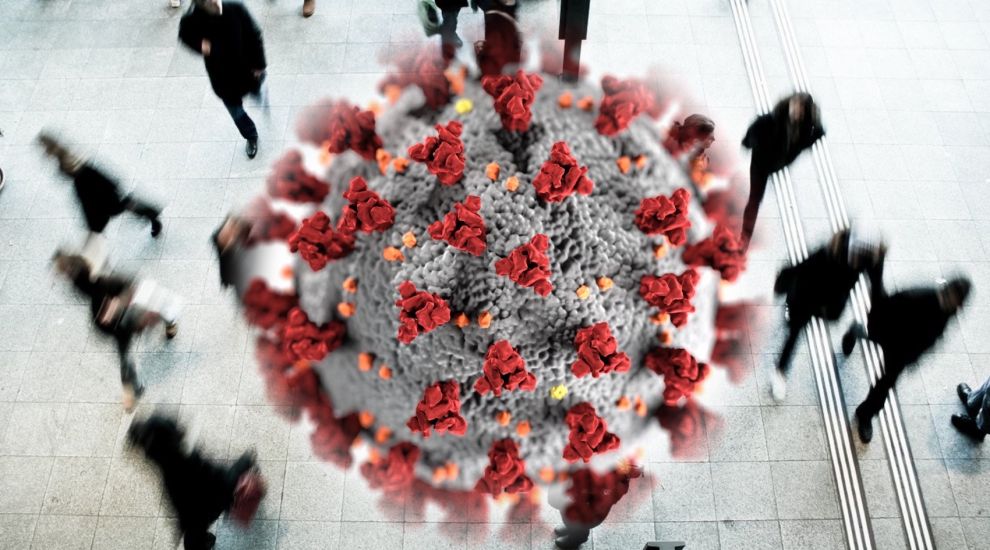 Over a thousand cases have been identified in Jersey since Christmas Eve bringing the total official number to 2,120 with 18 currently in hospital.

Since 24 December, 776 islanders have recovered from covid whilst 1,385 have tested positive for covid. The number of direct contacts stands at 5,802.

There are currently 18 islanders with covid in hospital, six more than on Christmas Eve.

Statistics Update:
There are currently 18 active cases in hospital.
The number of active cases on the Island is 2120.
There have been 1385 new cases and 776 recoveries since Friday 24 December. pic.twitter.com/8xFZYISLib

The surge in cases came after a four-day weekend, which saw delays in the treatment of test results.

On Tuesday, the Government reported the coronavirus helpline was experiencing a high volume of calls. They also acknowledged “a delay to some of the test results” from Monday, which they said the team were processing these results.

Express understands members of staff on the helpline told islanders the delays were caused by staff shortages in the lab on Monday which meant 300 samples had to be processed on Tuesday.

However, the Government rejected the information given and said there were no such shortages and said the delays had been caused by a higher than expected number of tests.

"During the Bank Holiday, there were more PCR tests than anticipated. This, along with a technical requirement to re-run some samples, resulted in a significantly busier day than usual. As a result, staff stayed on past their finish times to work through the backlog, with some samples delayed to the following day. However, all samples were processed within the 24 hours maximum turnaround time.”

We are aware there is a delay to some of the test results from yesterday, and the team are working to process these results. If your call is not answered straight away, please stay on the line and we will get to you as quickly as we can. Thank you for your patience.

A few minutes after announcing the latest statistics, the Government said that from today (30 December), patients in the General Hospital and the Mental Health Ward would only be allowed two named visitors, with only one of them able to time at a time. They said this was due to "increased circulation of covid-19".

The changes also apply to children, meaning that visiting children will not be able to visit a patient with an additional person.

All visitors will have to wear masks and provide evidence of a Lateral Flow, either a photo of the test or the actual test cartridge, taken on the day on their visit.

From tomorrow, due to increased circulation of Covid-19 on the Island, the General Hospital and Mental Health Ward In-patients will be allowed 2 named visitors only. Patients can have one visitor at a time. (1/3) pic.twitter.com/VMnlJaXAM0

Meanwhile, there are only a few days before the introduction of a new set of measures which were announced earlier this month.

Defending the timing of the measures’ introduction in mid-December, the Chief Minister, Senator John Le Fondré, said that they were not needed at the time, adding that the later introduction was in the interest of “the wellbeing of the community”.

He, however, added that testing people at the borders who have not been 'triple jabbed' – requiring that they have to isolate until a negative PCR test – may be brought in before the 4 January if the personnel and systems can be ready earlier. So far no such change has been made.

Likewise, plans to reduce the isolation period for vaccinated islanders with covid have not been introduced.

Posted by IanSmith97 on Dec 30th, 2021
The figures to really watch are those who have been hospitalised BECAUSE of having Covid and not those who are in hospital WITH Covid. However, it seems health authorities both here and in the U.K. are determined not to breakdown the statistics into these categories. Why? Is it because hospitalisations of those who are in patients because of Covid are minis u.k. and would show up the increasingly clear indicators that Covid/Omicron is not a serious disease to those who have been vaccinated and boostered? It may be infectious but an infectious disease is not necessarily lethal or serious and not worth shutting down normal life.
Posted by Jon Jon on Dec 30th, 2021
Going back to square one,like many had vaccines and yet with those vaccines your still unable to live your life as before.We either live with this,carry on as normal and take our chances,or we live our lives locking up!One thing for sure we can’t keep supporting businesses who can’t operate due to covid.
Posted by Danny Moisan on Dec 31st, 2021
Best start panicking about the "fluffy bunny" Easter variant that's on the way!
To place a comment please login Login »