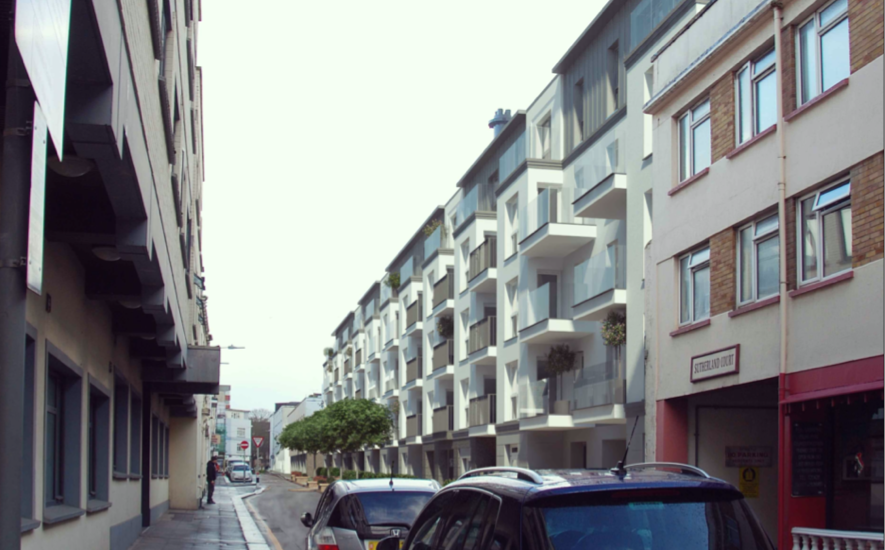 Two town hotels - which had been earmarked to be levelled to make way for a new hospital - could now become housing.

The owner of the family-run hotels, Paul Doran, said that contemplating their closure was "deeply upsetting" but it was the "best decision" after a decade of turmoil - including more than five years of uncertainty, when it looked likely that the Government would buy the properties.

Developer Dandara has applied to Planning for permission to demolish 14-28 Kensington Place, which also includes Doran's Bistro, and build 70 one-bedroom, and 36 two-bedroom, flats with ground-floor parking and landscaping.

Dandara want to knock down the two-star, 72-room Stafford and three-star 56-room Revere hotels, as well as Doran's Bistro and Candlelight restaurant, and replace it with a five- and six-storey building, a 45-space car park including six electric charging points, and enough space to store 152 bicycles.

In 2017, the same site formed part of a planning application to redevelop and expand the General Hospital.

Pictured: How Kensington Place will change if the development is approved. (Dandara)

The Government entered into negotiations with the owners, who indicated that they would be willing sellers, to buy the site.

However, the application was subject to a public inquiry led by an independent planning inspector, who recommended it was refused on the basis that the new hospital building would be "grossly out of scale… an over-dominant, obtrusive and alien structure".

The Environment Minister of the day, Deputy Steve Luce, agreed with these recommendations and turned down the application. Current Minister, Deputy John Young, went on to reject a revised application.

Later, the States rejected the Gloucester Street plans and started a new process to find a hospital site, which ended with Overdale being selected in November. 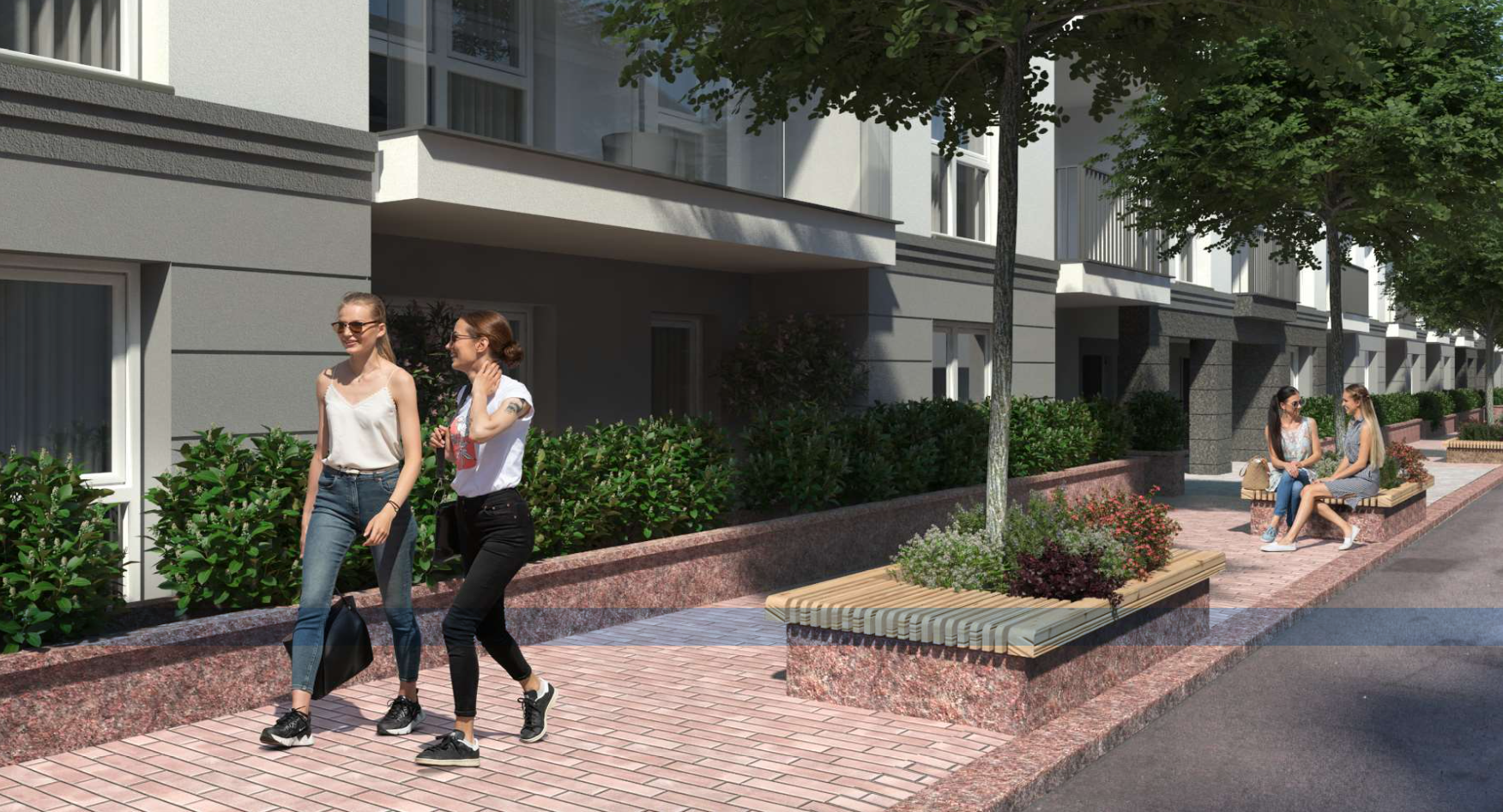 Pictured: An artist's impression of the new pavement that will be built along the development, if it goes ahead. (Dandara)

In documents accompanying the application, architects MS Planning write: "The principle of the redevelopment of these outworn hotels that occupy a relatively large brownfield site [...] accords directly with the main principles of the Island Plan. It will result in a high-quality urban regeneration of the site and will serve as a pump primer for further improvements in the area.

“106 high-quality one- and two-bed units would help meet the published shortfall in housing types and therefore the needs of the Island's growing population.”

Mr Doran, whose family have run the Revere for almost 70 years, said he was extremely sad that the hotels may be closing but it was the best option in difficult circumstances.

“This is part of a long and unsettling process,” he told Express. “Initially, we were planning to regenerate the area ourselves: back in 2011, the then Planning Minister Freddie Cohen was fully behind the project and encouraged us to use world-renowned architect Sir Richard McCormack to draw up plans, which we did.

“But then Senator Cohen left politics and not long afterwards, our plans were rejected. In fact, Planning told us that they weren’t supporting them at 15.50 on a Friday when it was due to go before the panel the following Monday morning. The way it was handled was very disheartening.

“Then the recession hit and we had to put our plans on the back-burner.

“Then, six years ago, we were approached by the States, who wanted to buy the properties for the new hospital, and if we didn’t sell, they would acquire them by compulsory purchase.

“We engaged with them constructively but still suffered through that experience because it really served to sully the hotels - people thought we were in financial trouble and our days were numbered. We lost a number of key and long-serving members of staff at that time, who understandably didn’t think they had a future with us.

“But we endured through the turmoil - but in January 2019, the States changed their minds and pulled out. It was another very tough time. 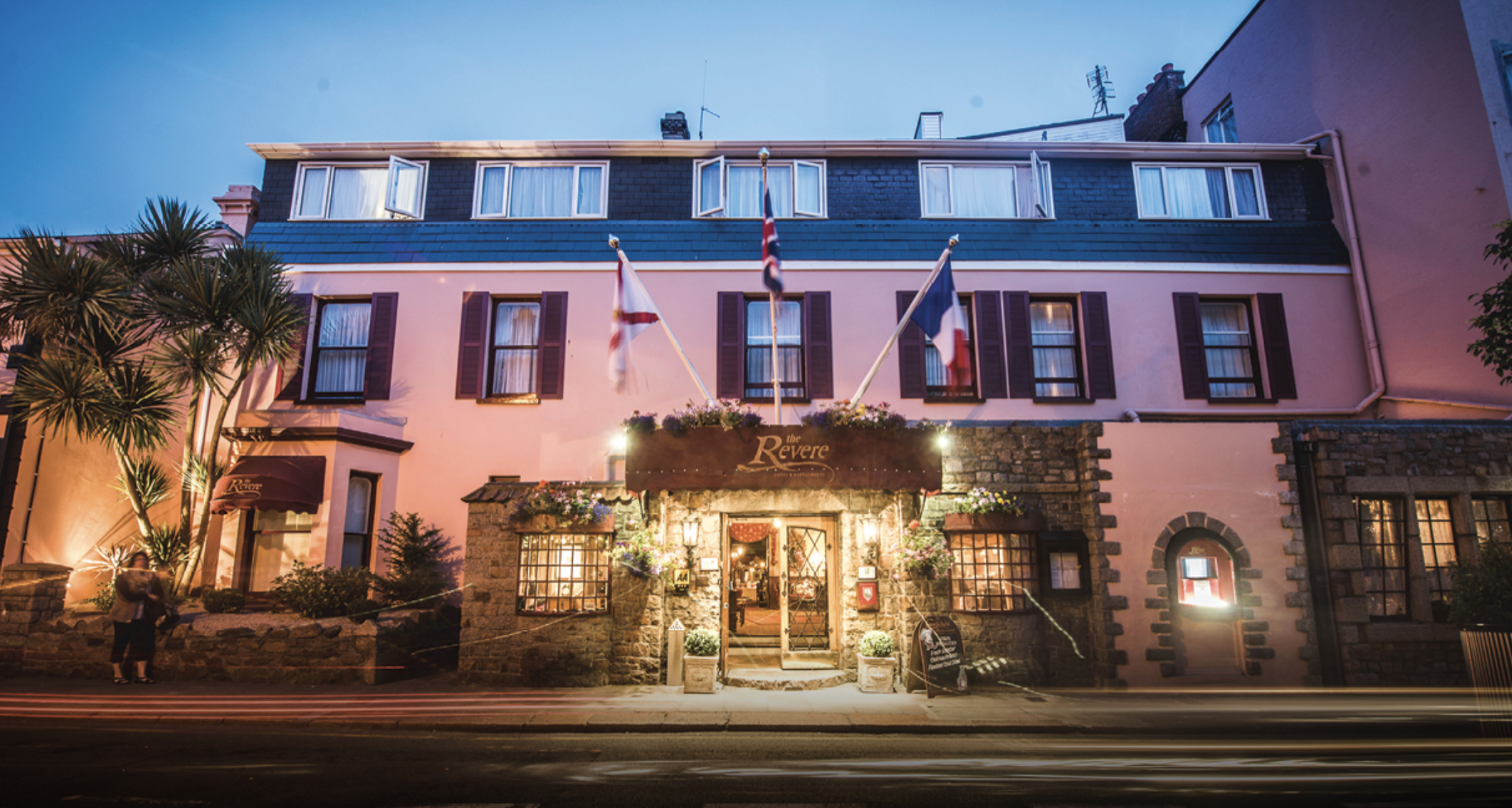 Pictured: The Doran family have owned the Hotel Revere since 1952.

“Last year, we were approached by a number of different developers and decided that the best course of action was to engage with them.

“My family have owned the hotel since 1952, when my father, Marshall Doran, bought it. He met my mother there, I grew up there and my son, Mathieu, has run it for the past decade. It is in our blood.

”But everything has been stacked against us for the past few years and we’ve lost too much resource and enthusiasm. It is deeply upsetting but we’re certainly not looking to leave the industry and are actively looking for a catering business or another hotel to take on.

”Also, if the contract is completed, nothing will change before December so the hotels are both open - well, as much as they can be at the moment. The Revere is currently open for essential health workers and we will be opening Doran’s next week for takeaways.

“I’m sure many Islanders have fond memories of eating there so I hope they take the opportunity to replicate that fine-dining experience at home.”

The owner of the Apollo Hotel in St Saviour’s Road, the Huggler Group, has also applied to Planning to demolish the hotel to build 91 one-bedroom and four two-bedroom flats.

Posted by Dave Mathews on Jan 14th, 2021
Condensed flats in places where we used to have Hotels and Office space is becoming the norm these days.
Posted by Sheila Young on Jan 14th, 2021
When will this end. There are too many proposed developments of yet more flats in St Helier. We have Ann Street, the Le Coie site, Kensington Place, the Apollo and probably others on going at the moment. We need more green space in St Helier, you only have to look at how popular the Millenium Park is to realise this. The Island is overpopulated and that is the issue that needs to be addressed. Our beaches and green spaces need to be protected but don't forget the many people that have to live in town. Many do not have parking spaces or cars and they deserve decent open spaces within reasonable walking distance for themselves and their families. How can Jersey bring back the tourists when we will soon have no hotels left?
Posted by Scott Mills on Jan 14th, 2021
They'll have to allow wild camping for tourists at this rate.
Posted by Jon Jon on Jan 14th, 2021
Another ghetto in St Helier.... the number of hotels going or trying to change into flats grow every year,and yet we are told tourism is booming.
Posted by Keith Marsh on Jan 14th, 2021
Not more Flats ~ is there no architects' with more vision ?
I hope these applications are refused.
Posted by Private Individual on Jan 14th, 2021
More rabbit hutches for the peasant population.
Posted by Sheila Young on Jan 15th, 2021
Yes no matter what non residents may think we do not all live like the Real Housewives of Jersey!
To place a comment please login Login »