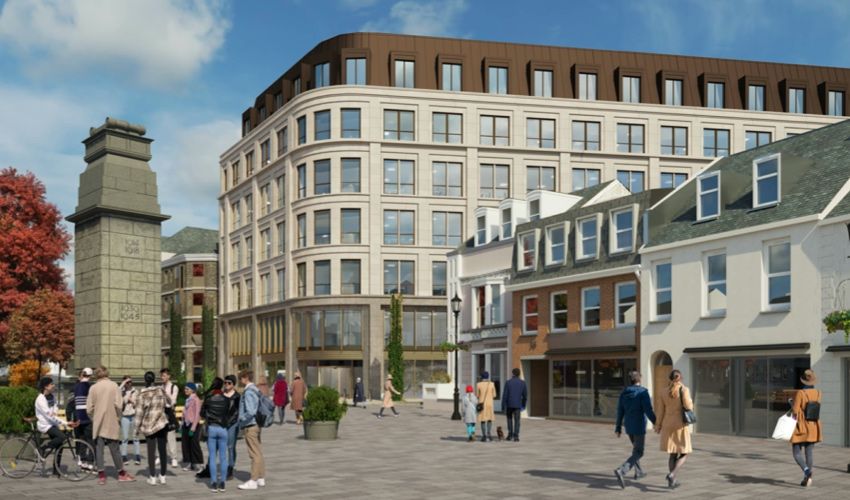 An application to demolish Cyril Le Marquand House and build a new Government headquarters has been submitted by Dandara to Planning.

If approved, the existing ten-storey, 39-year-old building will be knocked down and replaced with a seven-storey, 12,320 sq m office block.

The Government say that the new development will help it reduce the number of States’ buildings from 21 to six, which will release sites for sale that could be used for housing and other uses.

It argues that the new building, which will reportedly cost £90m to build and open in early 2024, will bring operational savings of up to £7 million per year. 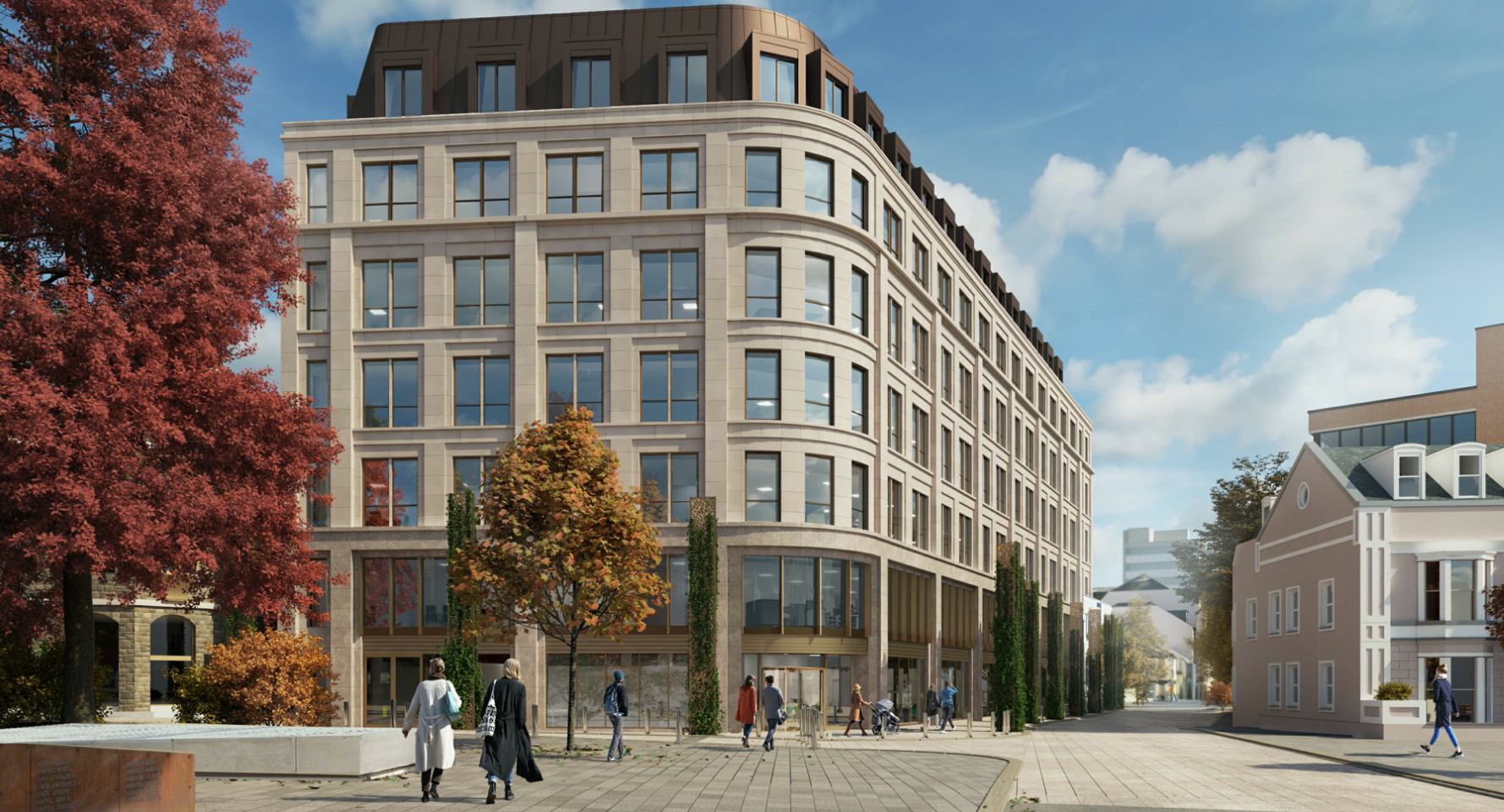 Pictured: An artist's impression of the new building from the Parade end of Union Street (Credit: Axis Mason / Dandara).

The site was the second choice of the Government. Up to January, it wanted to move to offices at 31-41 Broad Street, with owner C Le Masurier as “preferred bidder”.

However, negotiations broke up just days after the Broad Street announcement, after the developer amended its tender to include residential units in part of the building.

The Government then went to its back-up bidder, Dandara, who will own the new office block in Union Street and lease it back to the States.

An attempt by Scrutiny to push back the signing of the agreement to give it more time to assess if this second choice was the right one was defeated at the end of a debate in March. 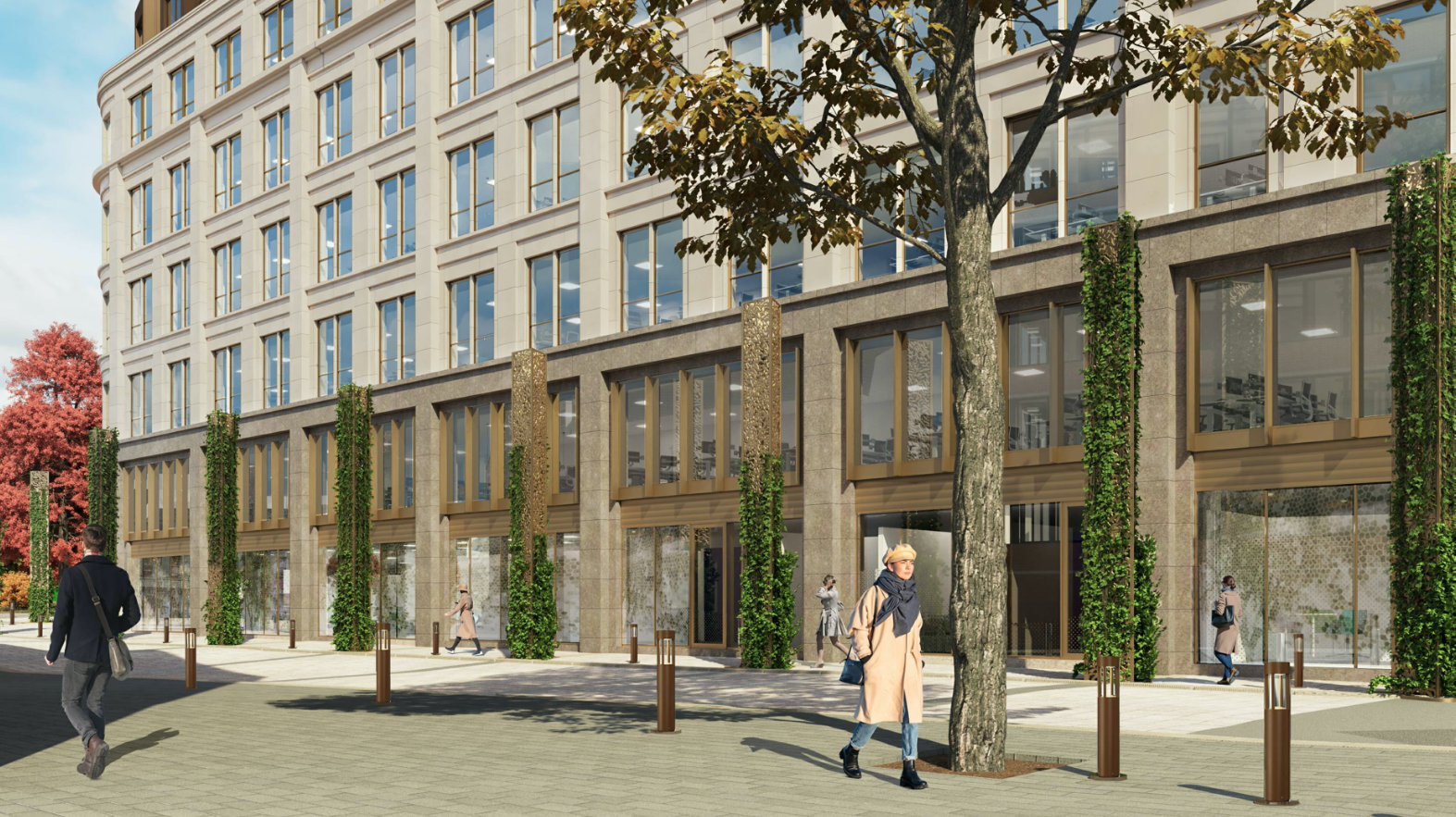 Pictured: Another image of the new building looking up Union Street towards the Parade (Credit: Axis Mason / Dandara).

Dandara will own the freehold for 99 years and lease the block to the Government for 25 years, unless the latter takes an option to buy the building, which it can first exercise after three years of occupancy.

Responding to the submission of the planning application by Dandara, Chief Minister John Le Fondré said: ““The Office Modernisation Project has a number of important benefits. Aside from the considerable staff productivity benefits, the project will save the taxpayer around £7m a year. 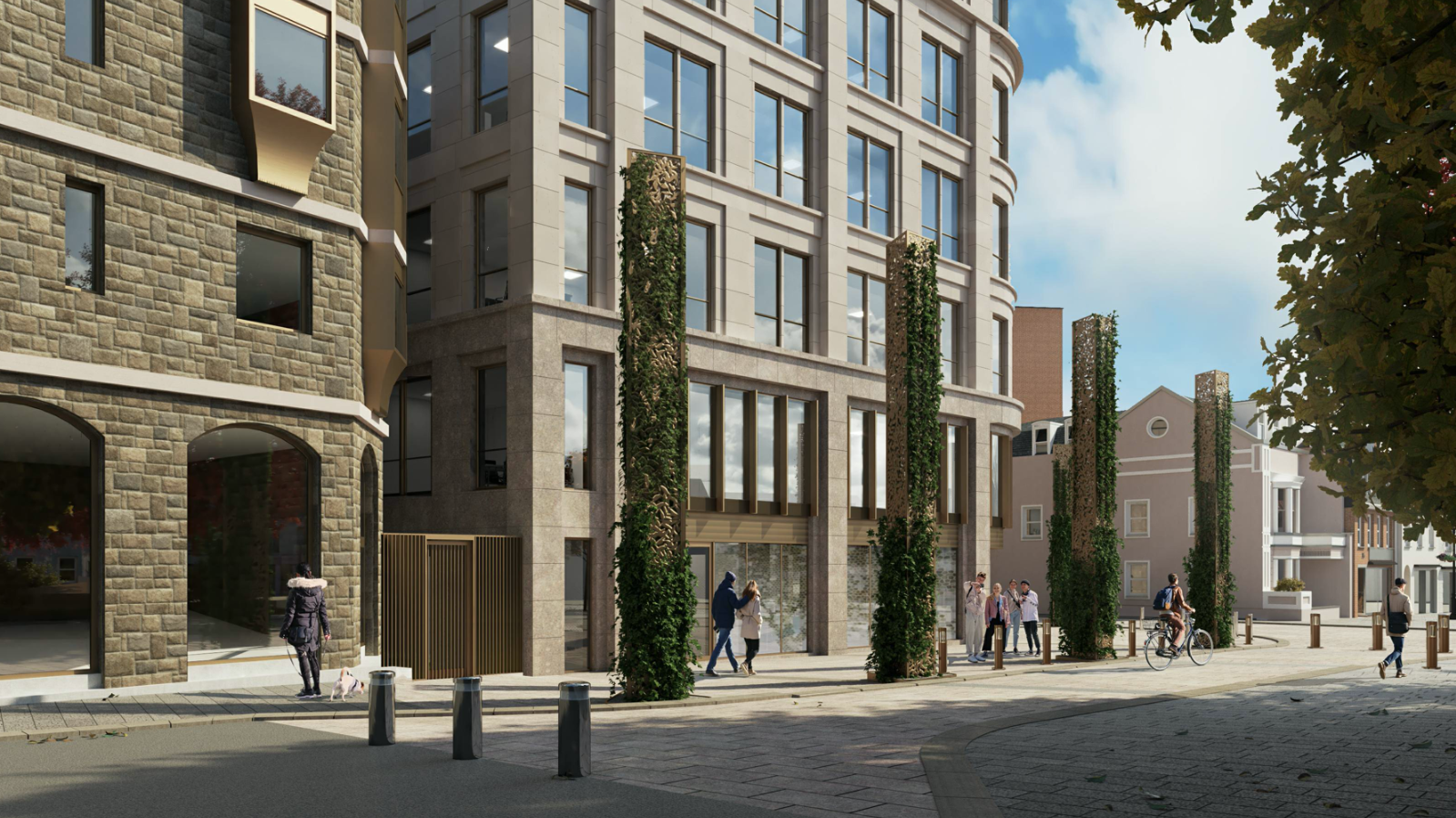 Pictured: An artist's impression of the view from the eastern side of the Parade (Credit: Axis Mason / Dandara).

“As well as addressing outdated and poor working environments for employees, the new building will benefit customers by providing many more services in one central place.

“The project will support the Island’s economic recovery from Covid by creating employment opportunities in the local construction industry and we expect that it will stimulate the regeneration of the areas around Parade Gardens and Union Street by increasing footfall and encouraging business and commercial activity nearby.

“Completion of the new development will also allow for the release of existing sites for social housing, new-buyer housing and other important redevelopment.”

Posted by L Brindle on Jun 5th, 2021
Groupthink central.
Posted by Scott Mills on Jun 5th, 2021
Will it come with a roof top infinity pool keeping it with the area and its surroundings.
Posted by Davey West on Jun 5th, 2021
What a web they weave. The Government formed its own development company called the Jersey Development Company in order to cut out the middle man by taking advantage of redeveloping states owned property. Where has that plan disappeared to ? Whom actually owns the old Parade States building as it may be sold back to the States / gov once completed. Does this mean Dandara buys it develops it then sells it back in a game of pass the parcel known in the real world as rob the taxpayer. Scutiny should be supported by all states members to have a good hard look at this questionable development and question why the JDC is not building the required new offices from day one.
Posted by IanSmith97 on Jun 7th, 2021
Is this a disastrous Jersey impersonation of the now much discredited and rip off (for the taxpayer) U.K. Private Finance Initiative wheeze?
Posted by Martin on Jun 7th, 2021
LET US HOPE THE NEW BUILDING LASTS LONGER THAN 39 YEARS as CYRIL LE MARQUAND HAS - albeit empty for the last two??

For C L M House be unfit for purpose after 37 years suggests a lack of foresight?
To place a comment please login Login »