Drug-smuggling Santa ‘speeds’ off to jail 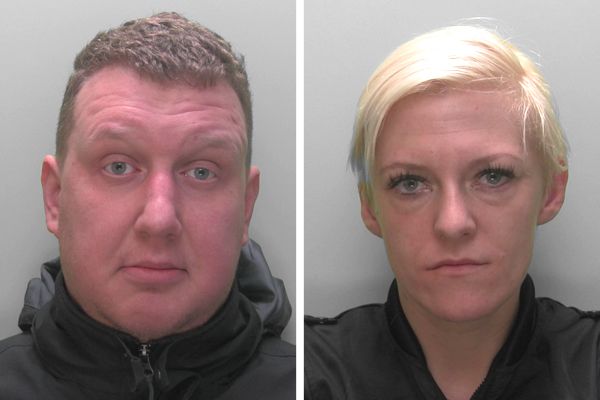 Drug-smuggling Santa ‘speeds’ off to jail

A part-time Father Christmas was jailed yesterday for three years and nine months after smuggling in nearly £58,000 worth of amphetamine - or as it is known by its street name, ‘speed.’

Both Polish nationals were told they would be recommended for deportation after they have served their sentences.

Korszen cried when she was told her sentence, whereas Grodowski, who has lived in Jersey for approximately 10 years and worked in some of the Island’s top hotels, shrugged his shoulders as he was led to the cells.

Grodowski, of Vers Soleil, Le Grande Route Des Sablons, Grouville, was living with his girlfriend at the time of his arrest and Korszen had visited them both on two earlier occasions.

On January 15th Grodowski was seen leaving his address by police officers who told him they wanted to conduct a drugs search.

Crown Advocate Conrad Yates said: “Officers noticed his jacket pocket was bulging and an officer removed a plastic bag which contained a powder substance from the pocket. The officers entered the home address to carry out a search and once inside officers arrested Korszen and others present in the flat.

“The coffee table in the sitting room had a small amount of white powder on it and close by was a credit card. Also, a teapot wrapped in cellophane sat on the table. In the teapot were three wrapped blue plastic packages containing a powdered substance.”

In total 10 packages were found and all were later confirmed to be amphetamine. Korszen’s purse was also located and contained a small amount of methylamphetamine.

Three mobile phones and £3,000 in cash was also found at the address.

Grodowski was interviewed and told officers he was employed as a chef, sold second hand cars and did seasonal work as Father Christmas.

Advocate Yates said: “He was asked about the scales found in the flat. He explained he used them to weigh out drugs. He mixed 75 grammes of amphetamine with 25 grammes of creatine powder. He diluted the amphetamine to make more money.”

Korszen, who worked as a hotel cleaner in Poland, was in Jersey seeking employment when she was arrested.

Defending, Advocate Adam Harrison, for Grodowski, said: “He has led a positive and productive life and qualified as a chef before moving over here to work. He worked hard in his chosen profession for close to a decade. The impetus for this offending came when he started a relationship three years ago. He was under financial pressures and when the opportunity came along to make easy money, he seized it. He had to provide a certain lifestyle in order to keep her and gave little or no thought to the risks.

“He has lost his liberty, his career, his relationship and his reputation. He is a kind-hearted person who is willing to help other people. There is another side to his character.”

Defending Advocate James Bell, for Korszen, said the defendant had little knowledge of the drugs she was helping to courier into Jersey.

Advocate Bell said: “Financial difficulties led to desperation on her part. She worked as a cleaner in Poland on £1.30 an hour, meaning in a 40-hour week she would earn only £52.

“She has had a difficult background and has a dysfunctional family history.

“She feels she was mislead by Grodowski and was manipulated as he was aware of her financial difficulties. She feels she has been used in this situation and regrets putting her trust in someone who she thought was a friend.”

Deputy Bailiff Tim Le Cocq said both would be recommended for deportation after their sentences and all the drugs were destroyed.

Posted by Harry Helier on Sep 23rd, 2016
Amusing headlines make light of the serious drug problems experienced in this island. These crimes are often dealt with by soft sentences which will not deter the criminals involved, and only increase the problem.
Posted by June OKeeffe on Sep 23rd, 2016
deport them now, why should we pay for them in jail, you cannot trust anyone as a friend who deals in drugs, disgusting
To place a comment please login Login »