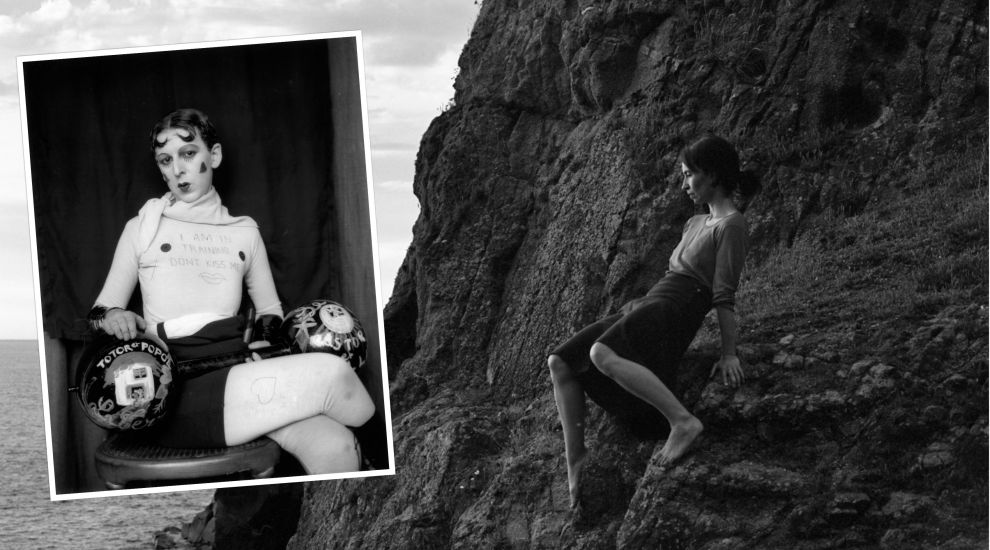 A gender-bending French photographer who moved to Jersey to escape the Nazis has collided with an Aussie artist in a new exhibition at CCA Galleries.

After Melbourne in March, ‘Entre Nous’ an exhibition that brings together the work of Claude Cahun, who moved to the island in the 1930s, and of Australian contemporary artist Clare Rae.

Rae spent a month-long residency in Jersey last year to research the work of Cahun, who is best known for the radical self-portraits she produced with her partner Marcel Moore, against a backdrop of the 1920s Parisian avant-garde.

The pair moved to Jersey in 1937 to escape the threat of Nazism  as Cahun’s family were Jewish. Jersey's coast and landscape were assimilated into a
private archive of photographs figuring Cahun in a compelling mix of overtly performative, vernacular and domestic modes and contexts.

After Moore’s death in 1972, Cahun’s estate, including the photographs, was sold at a local auction house. Many of the photographs were later acquired by Jersey Heritage who now hold the largest collection of Cahun works in the world. 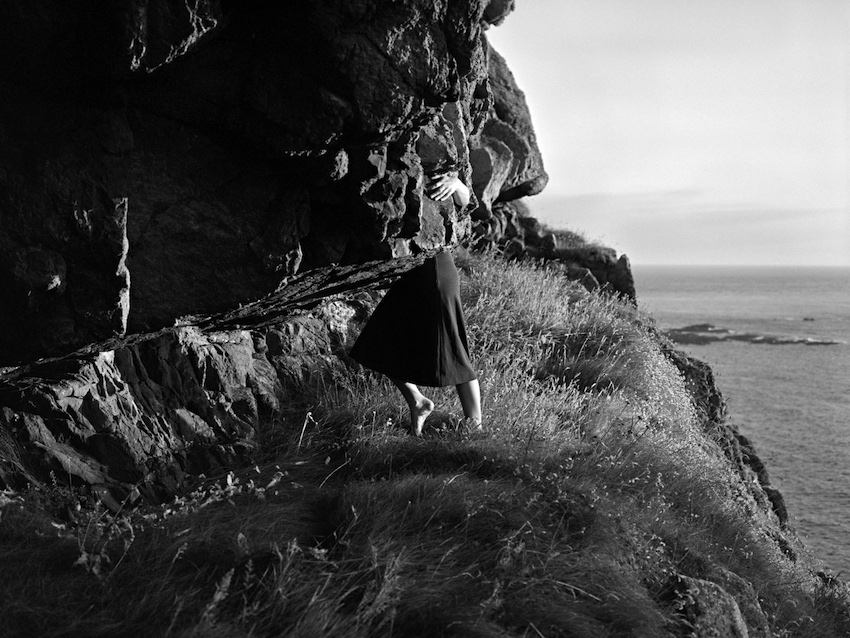 Pictured: Clare Rae at the Pinnacle.

Clare Rae, an artist based in Melbourne, Australia, explores ideas of performance and gesture to interrogate and subvert dominant modes of representation in her photographic practice. She first heard of the Archisle residency when completing her Master’s degree in Melbourne and researching Claude Cahun.

She explained: "I was primarily interested in viewing the Cahun photographs held at Jersey Archive, and I knew I also wanted to make some photographs on the island.

"Cahun has become widely regarded as a ground-breaking artist for her self-portrait photographs, which depict her in various guises, playing with ideas of gender stereotypes and appearance. My MFA research looked at the notion of gender performativity and representations of femininity, so I was drawn to Cahun’s photographs as they are very early, and very subversive, examples of female self-portraiture. It’s important to note that she made them in collaboration with her female partner, Marcel Moore, though I believe that Cahun really directed the photograph with Moore pressing the shutter." 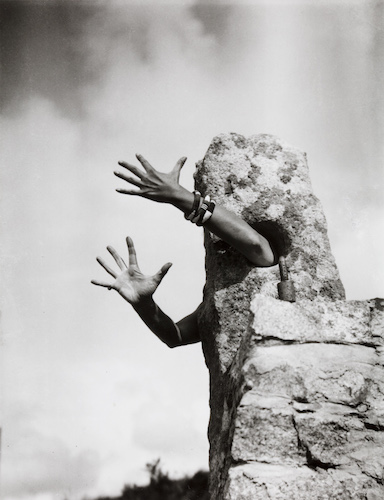 Pictured: Rae has selected some of Cahun's photographs, including 'Je tends les bras,' to feature in 'Entre Nous.'

While in Jersey, Rae produced new photographs responding to the archive and the sites inhabited and imaged by Cahun and Moore. The resulting series of images, black and white self-portraits, primarily investigating the landscape of the island, was named"Never standing on two feet."

After being shown in Melbourne in March, the series is on display at CCA Galleries along with a series of Cahun photographs selected from the archive by Rae.

Rae said that she hopes the exhibition "draws out a dialogue between our work, two approaches to representing a connection to place, and shows a lineage of female self-portraiture spanning 70 years."

Behind the scenes of today's shoot at Le Dolmen du Couperon. I am slightly obsessed with these Neolithic graves!  thanks to @stephen_pal #searchingforclaude #clareandclaude

Of her time in Jersey, Rae says that it was "all too brief."

"I love it there and I’m so excited to return for the exhibition. The island has a very special photographic history, which I was able to explore briefly in the photographic archive at the Société Jersiaise. Geographically the landscape is very beautiful, and very different to my homeland of Australia!

"I became really drawn to the Neolithic history on the island, the dolmen, menhirs and stone remains, which I’d never experienced before. These structures allowed me to explore ideas of landscape within my practice, which before the Archisle residency was very much located in domestic or institutional space. They are incredible objects that have a very powerful presence, as an outsider to your history I continue to find them really fascinating. I’m not finished with those rocks!" 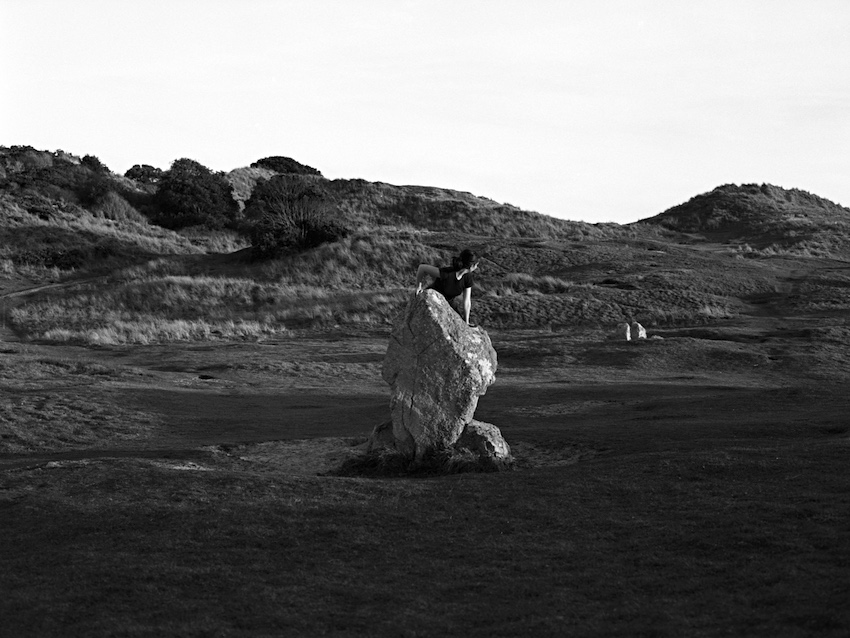 Commenting on the exhibition, Gareth Syvret, Archisle Project Leader and Société Jersiaise Photographic Archivist, said: "The startling originality and power of Claude Cahun’s photographs, so far ahead of their time, continue to act as major influences on contemporary artists.

"Clare Rae’s research and practice has reached into important lesser known areas of the Cahun archive to consider relationships between landscape, gender and self-representation.

"This ambitious project has resulted in the first major showing of Cahun photographs in Australia. It is exciting that now, with support from Australia Council for the Arts and CCA Galleries International, we can show Rae’s contemporary responses to these issues alongside Cahun’s, back in Jersey at their place of origination."

Reminder: tomorrow I’ll be speaking with @hodaafshar at @perimeterbooks about my recently published book Never Standing on Two Feet, at 3pm. email emma@perimeter.com to get a seat! : Courtesy of Perimeter Books . . #perimetertalks #clarerae

To coincide with the exhibition an extended series of Rae’s Never standing on two feet has been published as a photobook by Perimeter Editions.

The book features a foreword by celebrated curator Susan Bright and an essay by Mr Syvret. Copies will be on sale throughout the exhibition.