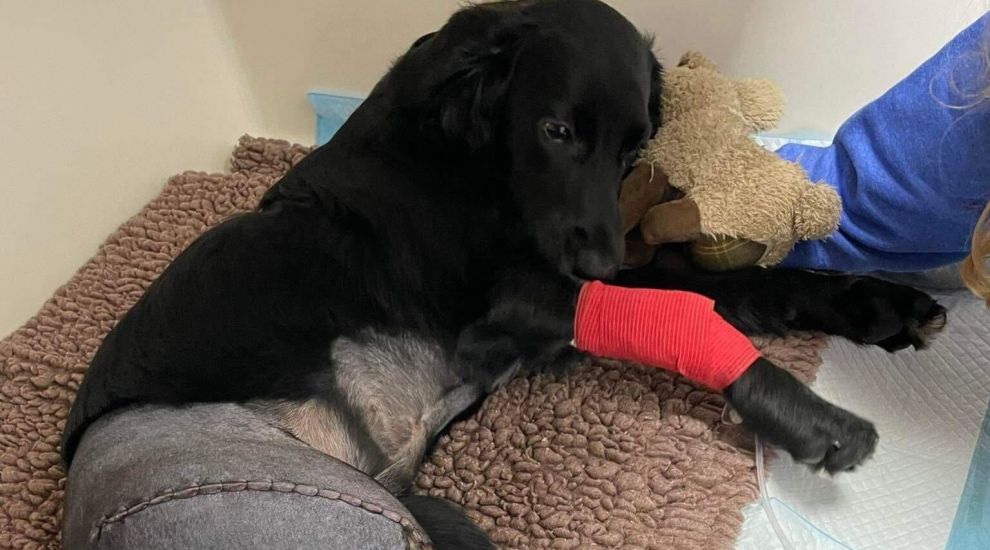 Police are appealing for information about the incident, which was reported to have taken place just north of Motor Mall on La Grande Route de St. Jean last Wednesday (9 November), between 17:50 and 18:00.

Lesley Bassford was walking her dog, Mila, along La Fredee Lane before she was "spooked" and ran onto the main road, where she was hit by a car heading south.

Mila was taken to the vet and is undergoing treatment for broken bones, but is expected to recover.

Police would like to speak to the driver of the car involved, or anyone who may have seen the incident. 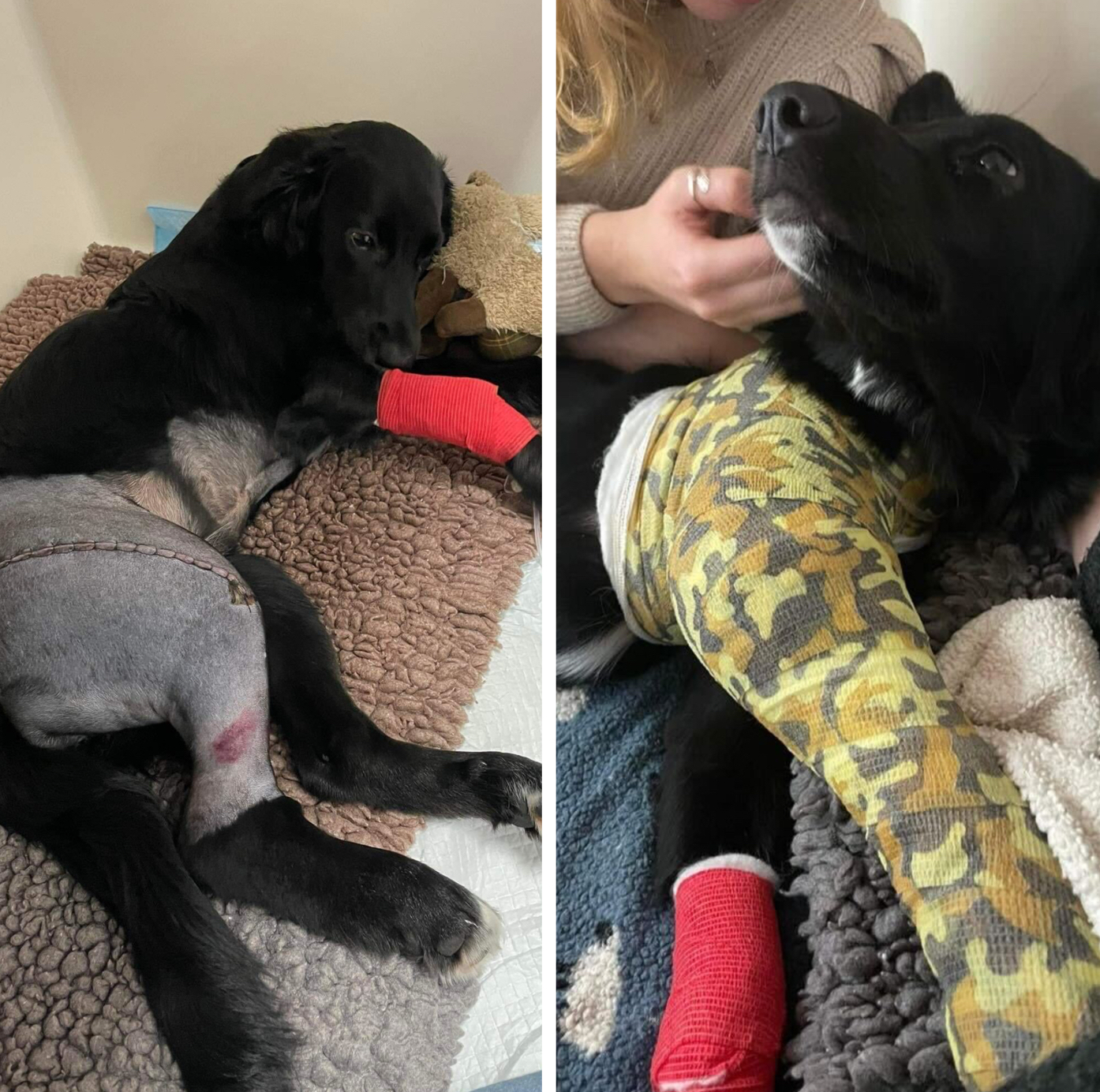 Pictured: Puppy Mila is on the road to recovery. (Lesley Bassford)

Those with information can contact police on 612612 or the independent charity Crimestoppers anonymously on 0800 555 111, or via their anonymous online form at Crimestoppers-uk.org.

Note: Information previously provided by SoJP described the dog as a 'Goldendoodle'. It was later clarified that the breed of the dog was a black Labrador.