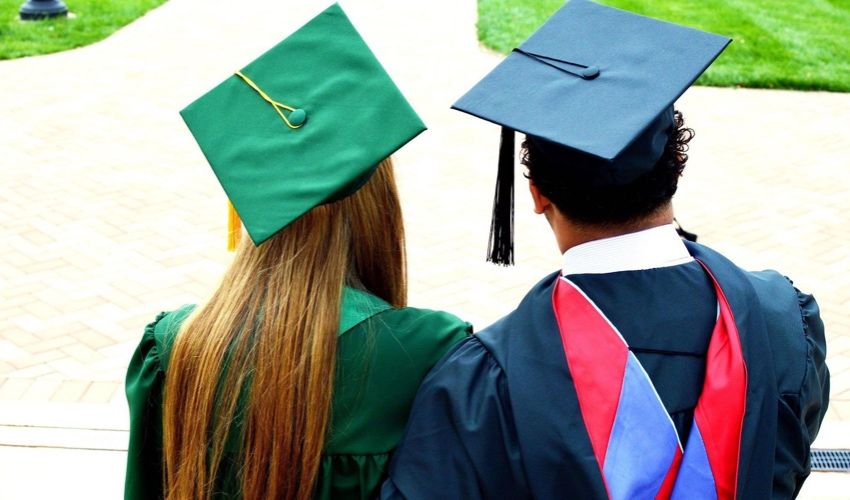 One in five unemployed adults in Jersey aged 16 to 64 have a degree qualification or higher, the latest Census has revealed.

More jobless hold a degree than no formal qualifications, with 17% of the 2,019 adults who were unemployed and looking for work on 21 March 2021 having no qualifications.

Nine out of ten unemployed adults in the 20-24 age group had higher or secondary-level qualifications. 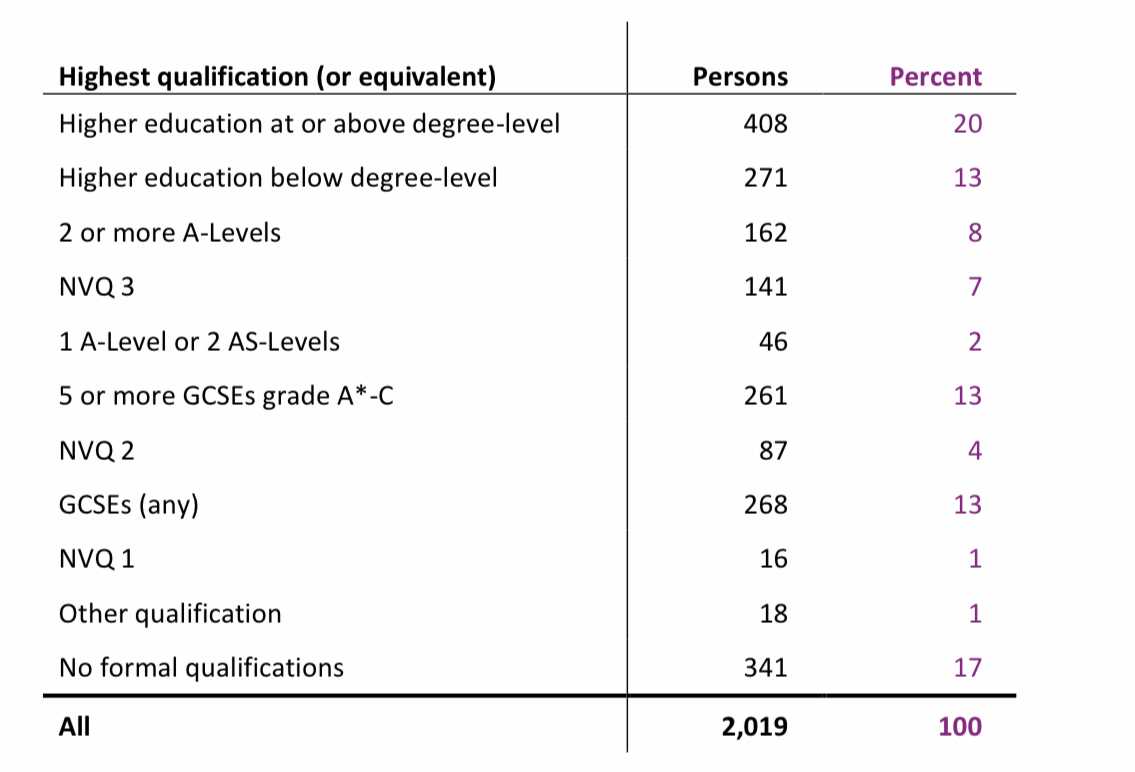 By contrast, around a quarter (27%) of unemployed adults in the 60-64 age group did not possess any formal qualifications.

The recently published bulletin giving more details of the 2021 Census focuses on education.

Almost of third (28%) of all working-age adults and 42% of all adults have a degree-level or equivalent qualification.

In contrast around one in seven (15%) had no formal qualifications.

To allow comparison with the island’s northern neighbour, 45% of adults aged 21-64 in Jersey held some form of higher-level qualification compared to 42% in the UK.

However, the proportion of adults aged 21-64 in Jersey with no formal qualifications (15%) was greater than that recorded for the UK (8%).

Locally, the proportion of adults with no formal qualifications increased with age, from around 7% of adults aged 20-24, compared to around a quarter (26%) of adults aged 60-64.

When it comes to gender, more working age females had a degree on Census Day than men. 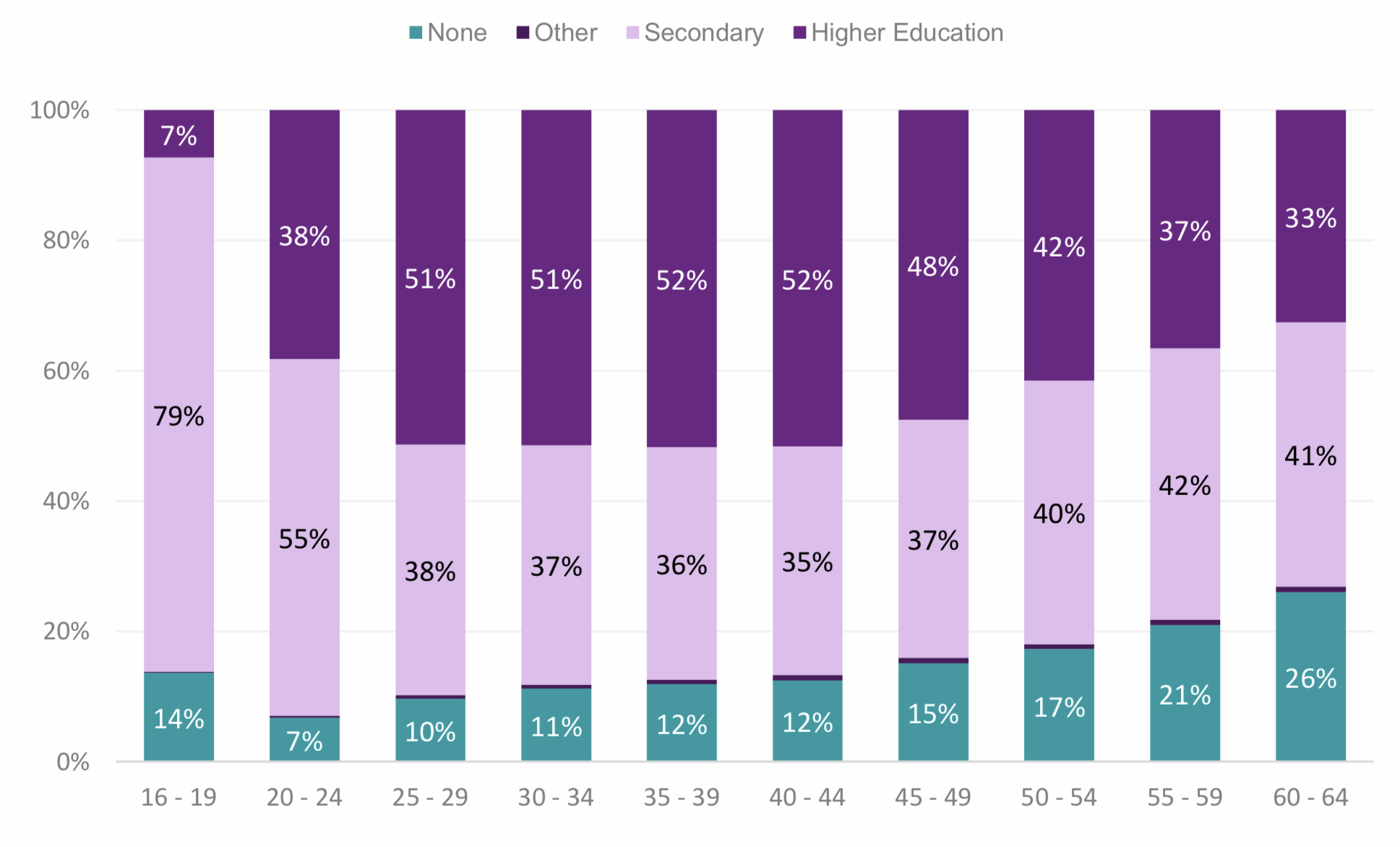 By contrast, one in nine (11%) females aged 16-64 stated that their highest qualification was an NVQ.

Adults aged 16-64 born ‘Elsewhere in the world’ had the largest proportion (64%) of people with degree-level qualifications. 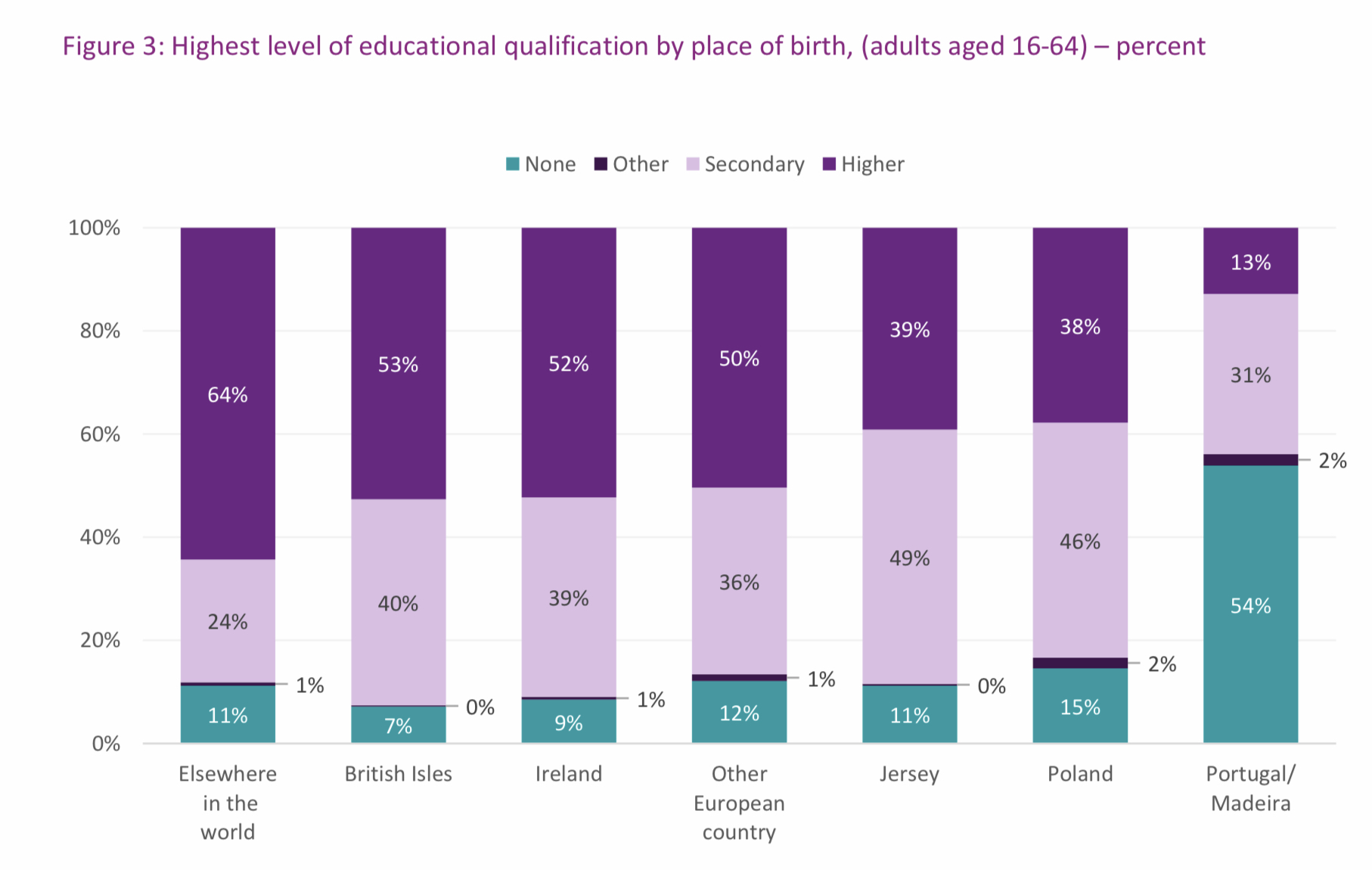 When it came to recent arrivals – those who have moved or returned to the island since 2015 - just over three-fifths (61%) of Jersey-born recent arrivals and two-thirds (67%) of those born ‘elsewhere in the world’ held a qualification at or above degree level.

Just under three-fifths of all recent arrivals (58%) had a higher-level education and around a sixth (14%) did not have any formal qualifications.

When it came what jobs people did vis-à-vis their qualifications, over four-fifths (81%) of working-age adults employed in a professional occupation held a degree or equivalent.

Nearly two-thirds of working-age adults in finance services and law (65%) and over half of those in education, health and other services (54%) had a degree-level qualification.

Around three in ten workers in farming and fishing (30%) and construction and quarrying (27%) did not possess formal qualifications.

A quarter (25%) of workers in hotels, restaurants and bars did not have formal qualifications whereas almost three in ten (28%) possessed a degree-level qualification. A similar distribution was seen for those working in wholesale and retail trades.

Just over three-fifths (62%) of public sector workers possessed a higher-level qualification compared to around two-fifths (43%) of private sector workers.

Education is one of a series of bulletins that have been released on the 2021 Census. It revealed that the total resident population of Jersey last March was 103,267, which was 4,533 fewer people than than the last estimate of 107,800 in 2019.

Posted by Scott Mills on Aug 2nd, 2022
sadly degree's simply don't have the weight they once had prior to the last 20 years. That's what happens when exams are dumbed down somewhat to allow "everyone access to univesity". While that is commendable, the result means the piece of paper at the end of studying degree level, isn't often enough. top 5% was once accepted by all universities but not now. Also most do not retirn to the island atter their studies, because they've seen the real world, rather than a nice beached island.
Posted by Keith Marsh on Aug 2nd, 2022
One must ask WHY over 2,000 people were unemployed in Jersey; WHEN almost every shop window, and other Media outlets, there are adverts for STAFF WANTED.
Jersey has caught the "must have a degree" illness = WRONG.
Our small Island requires many people to do retail, agricultural, construction and similar roles, which are as important to Jersey than a degree in a non useful subject, purely because the person has no idea of what they want to do.
Higher Education is great, but it is not for everyone, or for our wonderful Island.
Posted by Richard Milner of leeds on Aug 3rd, 2022
I do,hope that the unemployed are being properly pushed to get jobs and not going through interview farces that I have heard about. I hate to think of the money we waste paying out to people who don’t deserve it. The sort of people who have no intention of getting jobs.
If they are genuinely unemployable then fine.
To place a comment please login Login »