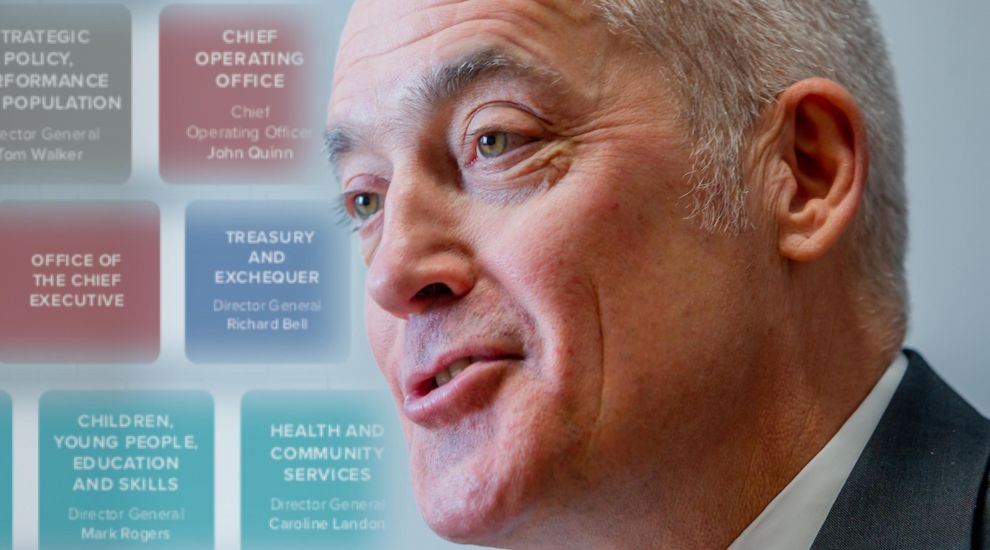 The former Government CEO may have bit off more than he could chew and underestimated the "sheer complexity" of the task when he decided to rip up the structure of government, according to his interim successor.

Paul Martin’s comments over Charlie Parker’s ‘OneGov’ plans came on his final day as Interim CEO during a hearing with the Public Accounts Committee – a panel of politicians which oversees Government spending.

Mr Martin, who will shortly be becoming the Interim CEO of the Borough of Ealing and will be replaced by outgoing Belfast CEO Suzanne Wylie, was questioned over Mr Parker’s plans.

Committee member Adrian Lane asked Mr Martin's views on the 'Target Operating Model' (TOM) - a blueprint mapping out the new 'OneGov' hierarchy and the roles of every employee within it.

Responding, Mr Martin said his view was informed by a recent workshop he had taken part in with around 50 senior leaders working in the civil service

"I think the most important highlight to bring from that event is the sheer complexity of the Government and our public services was probably under-estimated in 2018, so the scale of the change that was undertaken might have been biting more than we could chew at that point," he said. 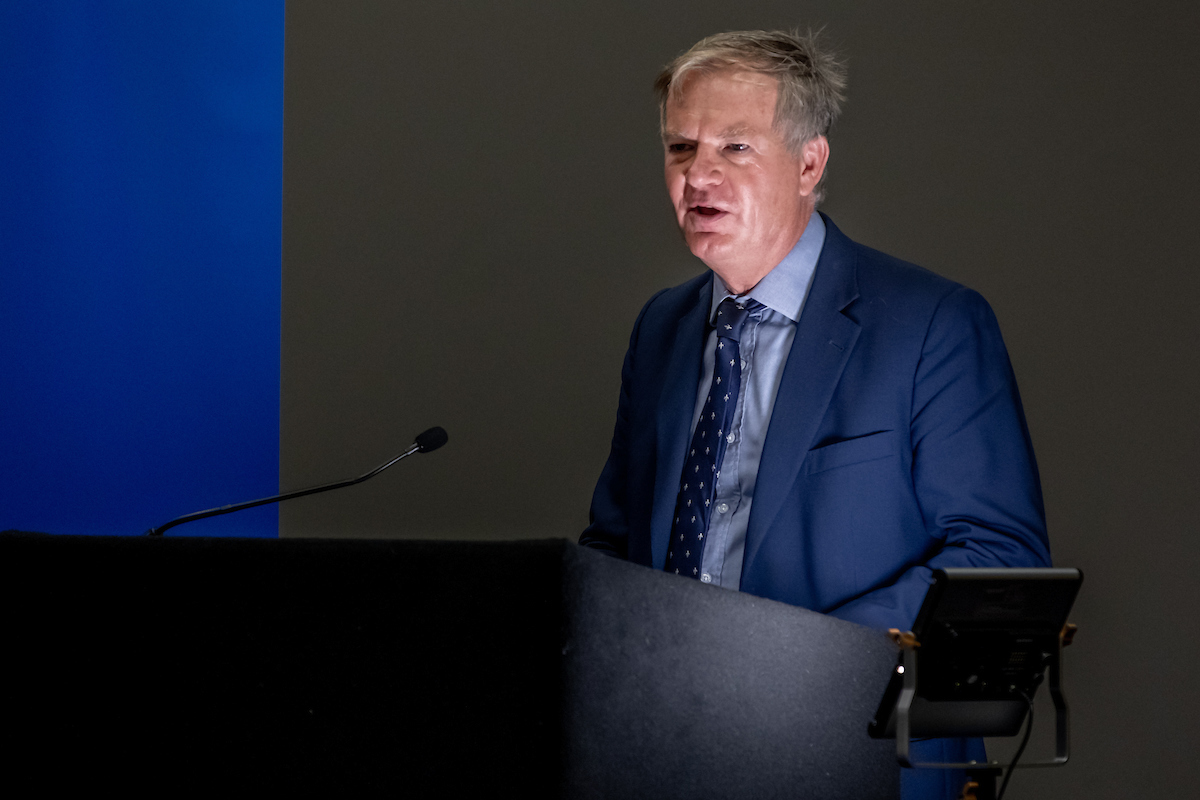 He described the ‘OneGov’ plans as an “enormous programme of change” which had proven “controversial in part and also difficult to implement in the timeline”.

"I think the conclusion that follows from that is it seems to me unlikely that in the next period, there will be a similarly kind of comprehensive and momentous change programme launched across the whole of public services because it just is a very complex organisation and it’s taken a while to implement the TOM’s, which in truth have only been just completed now. So in some cases, it certainly has taken much too long and I suspect going forward we will be looking at more incremental change rather than big bang."

When asked why he believed the task had been underestimated, he couldn't give a conclusive answer.

“I think it probably was a combination of a level of ambition - a very high level of ambition - which is commendable,” he said. “Perhaps a second element was quite a fundamental sense that things needed to change, perhaps that was informed by the child care inquiry which had just preceded that period and I think was an influential factor that States needed to do things differently, very differently.

He then added, with Mr Parker having come from the UK like he himself did, that there may have been “assumptions…that something must be doable” despite the context being different in Jersey.

"The risk is always, including for me coming from the UK, you are coming from outside of Jersey in, you might not understand it as fully as you need to and should," Mr Martin said. "So perhaps the risk as well was that assumptions were made that something must be doable without quite appreciating in the level of detail that might have been more prudent that change in an island context is very different to change in elsewhere in the world and specifically in the UK.

According to Mr Martin, the TOM was most effective in the Strategic Policy, Planning and Performance (SPPP) department - a newly created department tasked with leading on policymaking and measuring government's output - although he noted its Director General, former Home Affairs head Tom Walker, might disagree.

Mr Martin said its creation had led to greater accountability over the development of policy, and ensured that policies were joined up across departments, rather than being created in a siloed way.

Mr Martin said this had been “demonstrably effective”, such as during the pandemic when “joined up working was valuable”.

On the flip side, he said it was concerning that some TOMs were not yet “complete and embedded”. “I think in relation to Infrastructure, Housing and Environment (IHE), it’s taken longer there to complete and implement the changes in the TOMS, I think that might be one of the least successful area,” he said.

Mr Martin argued that since change “creates uncertainty and unsettles everyone one who is a participant in the process”, the best change management would take place over a short period, be “precisely defined in its timeframes, realistic, well communicated and completed in good order.” 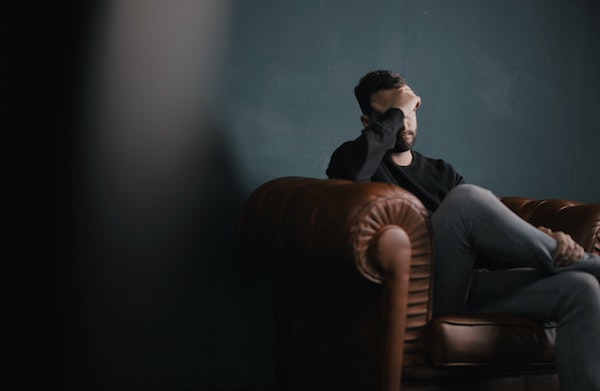 In the case of the OneGov plan, he said it had been more difficult to keep a grip on it because it was affecting all areas at once.

He also acknowledged staff morale had undoubtedly and demonstrably suffered.

Union leaders raised concerns with Scrutiny Panels last year about how employees had been “very much impacted” by the top-down approach adopted in Government, and raw details of staff surveys conducted obtained by Express exposed a huge lack of confidence in leadership.

However, Mr Martin added that morale issues would be expected in other places too.

“Change unsettles people and there is a dip in morale, there’s no doubt that would have happened,” he said. “The crucial thing is to get to the benefits as quick as possible.”

He said that morale was still currently low among staff but that the reasons were different now, citing “skill shortages and vacancies”.

He said: “It’s less machinery of Government and it’s more other factors, especially the access to the right level of skills.”

In an exclusive interview with Express ahead of her first day in the top civil service job, new CEO Suzanne Wylie acknowledged the difficulties Jersey's government is facing in the wake of OneGov, the bitter fall-out over Charlie Parker's departure, the lasting effects of the pandemic and Brexit, among other factors.

"Progress has been made in some areas, however, I am mindful of the need to build staff morale and reset the modernisation programme to meet today’s challenges and to support colleagues with the day-to-day pressures they face, and also help to clarify expectations and direction of travel," she said.

"Change of scale does not happen overnight and needs consistent oversight, adjustment, and determination to see it through."

Minister wants his old department back

Posted by IanSmith97 on Feb 1st, 2022
Where oh where are the £100 million savings promised? Thought not and I always said there never would be.
Posted by Martin on Feb 1st, 2022
He certainly bit off more than he could chew with the job BUT managed to cope with the massive strains of a 500K payout!

Off to play my violin!
To place a comment please login Login »