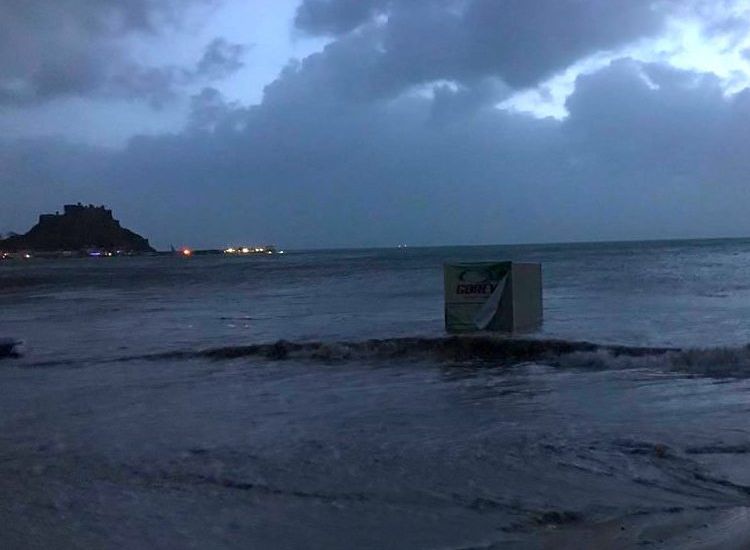 A Gorey beach kiosk is currently floating away at sea in the direction of St Catherine after strong winds from Storm Eleanor caused it to fly away.

Coastguards are keeping track of the position of the Gorey Watersports concession stand, which takes the form of a shipping container, as conditions are too severe to try and retrieve it at this time. 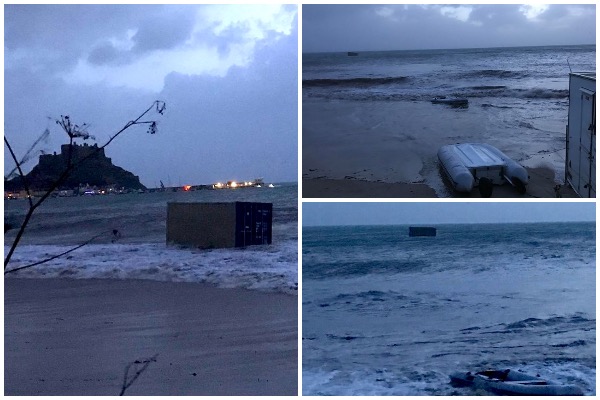 Pictured: The concession stand floating away this morning. (The Hungry Whale/Gary Burwood)

The Hungry Whale, a café next to the stand, has remained in place, however.

“The Hungry Whale survived the storm thankfully due to me anchoring the units …hopefully it will survive the next onslaught,” the owner wrote on Facebook.

The concession stand wasn't the only piece of real estate to suffer. 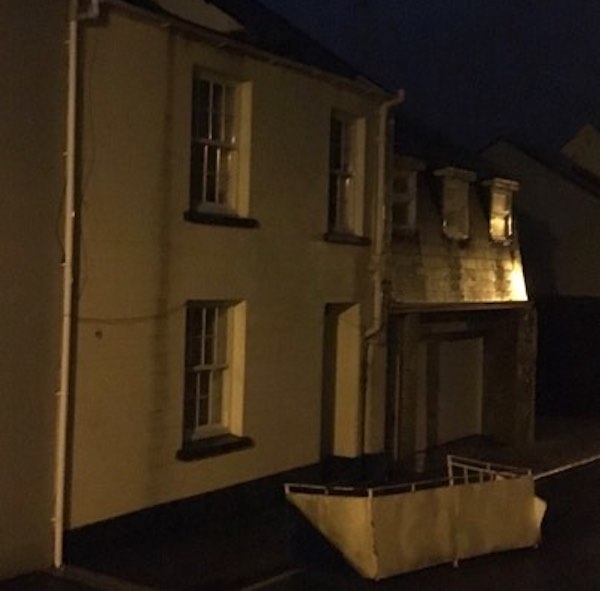 Pictured: A balcony that fell victim to Storm Eleanor.

One Express reader captured this photo from their window in St Helier.

A neighbour's balcony had come toppling down due to the extreme gales.

The chaotic followed Force 10 winds with gusts of up to 79mph and the tide reaching just over 12 meters early this morning - one of the highest levels ever recorded.

Gales are set to gradually decrease throughout the day at Force 8 to 9 this morning, then Force 6 to 7 in the afternoon.

Further flooding was reported in on the Five Mile Road, on la Route de St. Aubin, between Green Island and the Rice Bowl, as well as the bottom of Gloucester Street.

While much of the water is now gone from the road, there is still some flooding on the Jardins de la Mer path. 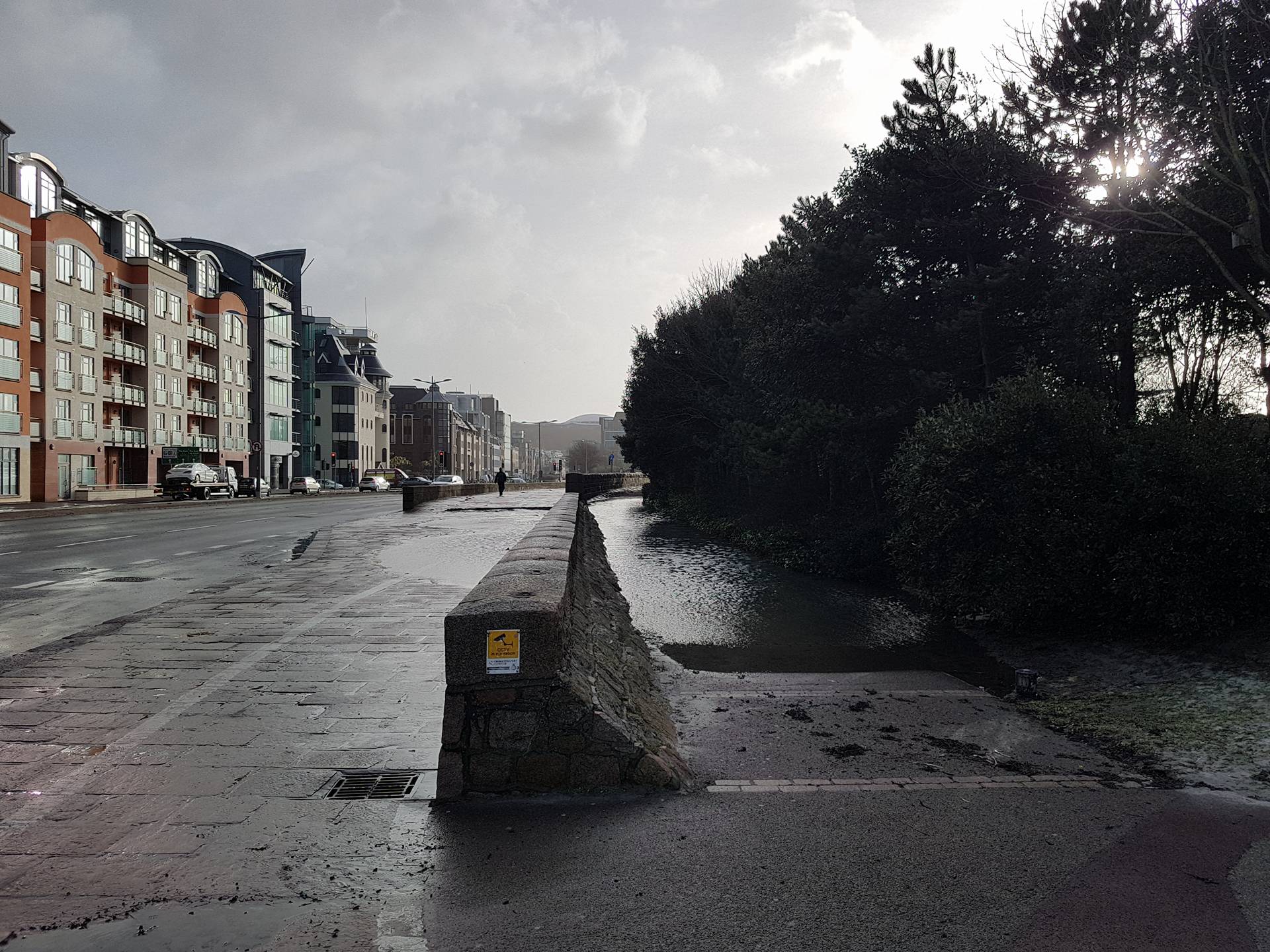 The waves also breached the sea wall opposite West Park and the Department for Infrastructure is currently on site dealing with the damage.

He told Express that the damage was not as bad as the storm of March 2008, which also saw a section of the sea wall knocked down. 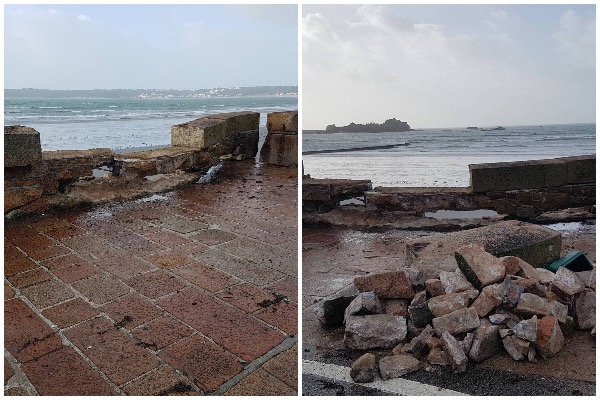 Pictured: The sea wall this morning following the storm.

While all emergency services busy dealing with the consequences of the stormy weather, Andium Homes have also called all hands on deck to help deal with potential damage in their properties.

Their maintenance team is “being very vigilant” and contractors are on standby for making affected properties safe.