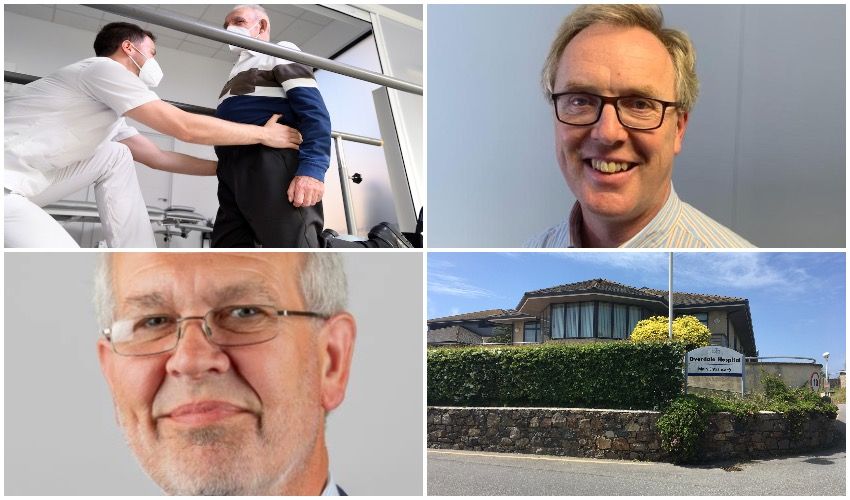 The Government acknowledged that rehabilitation services have “not been delivered to the standards which we would aspire to” since moving from Overdale to the General Hospital in 2020, as it made a last-minute effort to sway a key States Assembly vote tomorrow.

As politicians, stroke survivors and campaigners piled pressure on Government towards the end of last week, a video was published on its social media channels on Friday afternoon.

An urgent briefing was also held with politicians last week and one with the media this morning to stress the Government's position on a backbench proposal calling for the rehabilitation ward on Samarès Ward at Overdale to be reopened by 1 March.

This morning, an open letter was also sent by the Chief Nurse and Medical Director to all States Members.

Health Minister Deputy Richard Renouf denied that the Government was "panicking", however.

The proposition – by Senator Steve Pallett – also calls for services that were provided at Samarès to be replicated at the new hospital or another location.

Last week, Express spoke to a number of stroke survivors and their families, who said that Samarès had been integral to their recovery and the Government had been wrong to close it and move rehabilitation services to Plémont Ward at the General Hospital.

The Government closed Samarès during the first lockdown of the pandemic, when it was envisaged that 500 people might die in the first wave, and the island would need an extra 800 hospital beds and up to 20-times the number of intensive care beds.

Health later decided to reopen rehabilitation services at Plémont until the new hospital opens in 2026.

However, patients and their families have complained about shortcomings on Plémont, including a lack of privacy, therapy equipment and laundry facilities. They have also highlighted a lack of clear information on being discharged.

Pictured: The Government posted a video on its social media channels on Friday.

Health say they are addressing these issues and Health Minister Richard Renouf has lodged an amendment to the proposition.

Medical Director Patrick Armstrong said: “We acknowledge that when services at Overdale and Samarès were relocated to the hospital and into the community, there have been issues and services have not been delivered to the standards to which we would aspire to, and that is why we continue to look at ways of improving the service.”

He also acknowledged that the move had been unsettling for staff.

Deputy Renouf denied that the briefings and public relations effort, which included the video, were evidence that he was panicking before the debate.

“There is no panic about it, but I obviously have a concern,” he said. “It is a debate and there are 49 States Members who will express their views. We want to persuade them of the changes that have been made and the plans for the future.

He added: “We want to focus the debate on, not on the location or something that was delivered in the past, when we know healthcare changes so rapidly, but on how we deliver rehabilitation in the future.

“That is what I and the team are trying to do with the video and with the briefings, to try to achieve that focus.”

Mr Armstrong added that “emotive accounts” from stroke survivors were important but not the full picture.

“We have to allow healthcare professionals to have a voice in these circumstances and, as Medical Director, I do have a concern that those clinical voices may not be heard, and we may not be able to develop clinical services using the evidence base that is available, in the way that we think is best for patients." 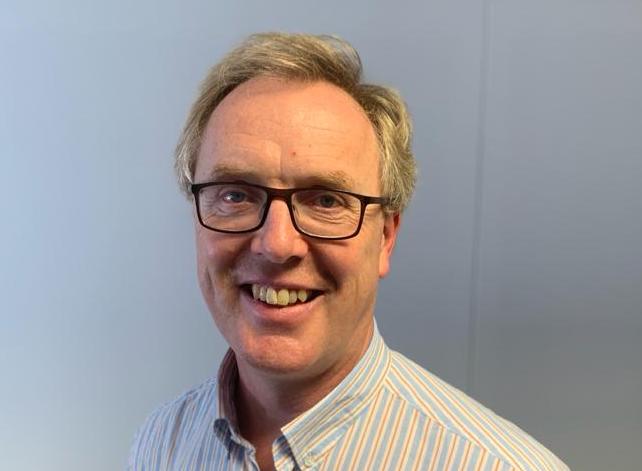 He added: “Absolutely we have to take onboard everyone’s accounts but there is always a danger that these emotive accounts – and they are difficult to hear but we have to hear them – can drive policy making. That is not safe.

"We have to listen to them, but we also have to use evidence and, unfortunately, we don’t have a great deal of evidence from the past to understand what the outcome was from many of these services.

“It is not as straightforward as looking at the outcome from one particular service; you have to take into account what’s happing through that whole patient’s journey.

A daughter talking to me about her mum here in #Jersey Can’t access Plemont + “not enough physios to have three sessions a week in Hospital”. This is NOW, this is REAL #RealPeopleRealLives #DontBeliveTheSpin pic.twitter.com/Og9B54NPLx

He added: “What we are talking about in healthcare are recognised and validated outcome measures – such as improvement in function or mental health. We tend to need to measure something. I cannot overemphasise the importance of patient accounts, and we need to take them onboard, but it is not a safe way of making decisions based purely on that.”

Making the case for more flexible rehabilitation services, Mr Armstrong said: “Traditionally they have focused on rehabilitation after neurological conditions, particularly stroke and injuries. I am not sure we have look at the areas of prevention and palliation in the detail that we perhaps could.

“Our services going forward need to be broad in their scope and application and they therefore need to be delivering in a wider variety of locations and for a wider range of conditions.

“All of heath care is becoming increasingly multi-disciplinary and it increasingly requires sub-specialist input.

“To have a standalone unit would make providing this type of service very difficult, particularly in the context of Jersey, where we often have one or two people who have a sub-specialist interest in a particular area of health.”

Despite assurances that high quality rehabilitative care will be provided in future, hospital staff and campaigners remain sceptical. Among them was Friends of Our New Hospital Chair, Peter Funk, who dismissed Friday's video as "nothing more than Government spin".

Urging members of the public to contact their political representatives, he added: “The Staff have been doing their best. The failure lies with [Health] management and its political overseers. It is time to get Samarès Centre up and running again. The building and facilities are there. The staff are willing. The Assembly should vote to approve [Senator Pallett's proposition].”

Posted by John Henwood on Jan 17th, 2022
I would have no confidence in either the Minister or his senior officers to get this right. Apart from all other considerations the need is urgent. It is NOW that proper services should be restored, not some time in the future.
Posted by Keith Marsh on Jan 17th, 2022
Health in the community, although sounds wonderful, is often not properly delivered.
The problem is the new hospital is too small for ALL the needs of the Jersey peoples.
Posted by Jenn Smith on Jan 17th, 2022
I hope that Mr Armstrong never has the need of the services he is claiming to be adequate at this time. From what has been said by service users, the current provision is failing. I urge all States members to vote to open Samares ward and ensure that the future hospital has a facility that equals it, or betters it.
Posted by Denise Shrives on Jan 17th, 2022
I hope that the people who think that Samares Ward is not needed thank their lucky stars that they haven't, maybe if they had they would not be so keen to close it. How can this new hospital cost so much and not have this ward or a hydrotherapy pool ? Deputy Renouf should be very careful, he is becoming of the age where he might need these facilities soon ! Are but I expect he can afford to "Go Private".
To place a comment please login Login »

POD: "The Minister ignores it at his peril"