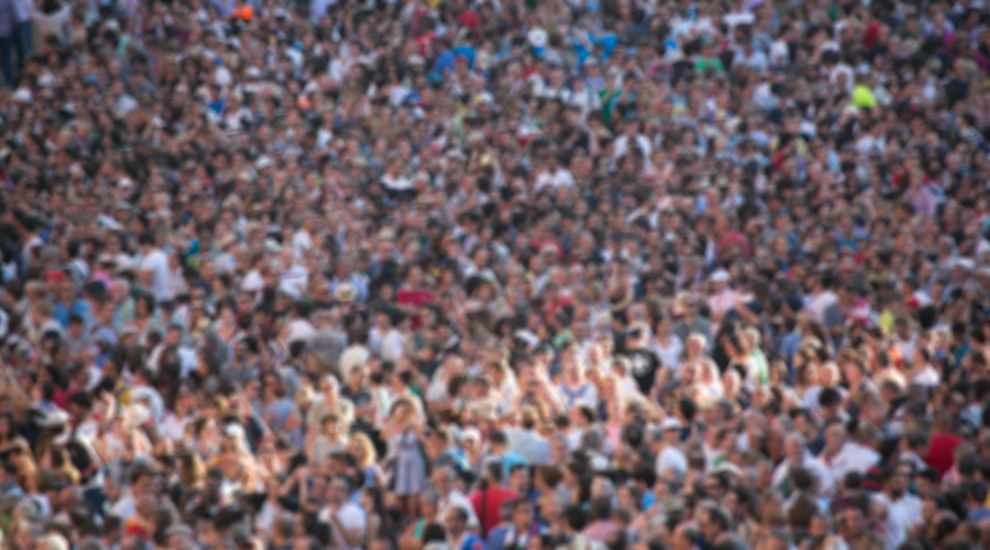 Guernsey's population controls could soon be relaxed in the hope of preventing any reduction in the size of the island’s workforce.

The island's Committee for Home Affairs wants the States to aim for higher levels of inward migration over the next 30 years by making it easier for people to move to the island for work.

The Committee estimates that its proposals would maintain the working-age population at around 31,000 and increase the total size of the population by approximately 4,000 to around 68,000 by the year 2051.

The Committee's President, Deputy Rob Prow has written asking for the proposals to be debated at the States' meeting which starts on 19 October. 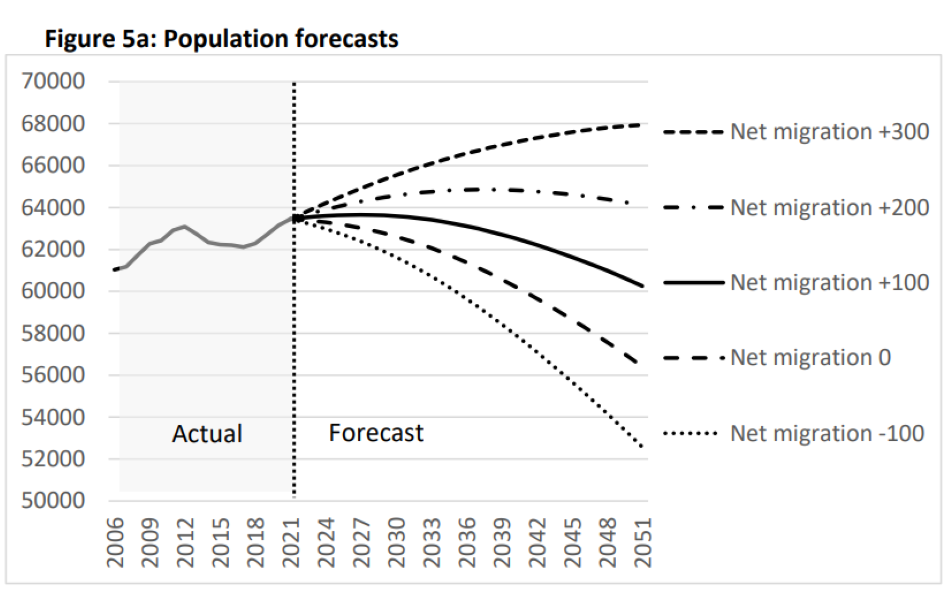 Pictured: This chart, published by the States, forecasts the size of the island's population overall in future years as adjustments are made to net migration (the number of people coming to the island minus the number leaving). 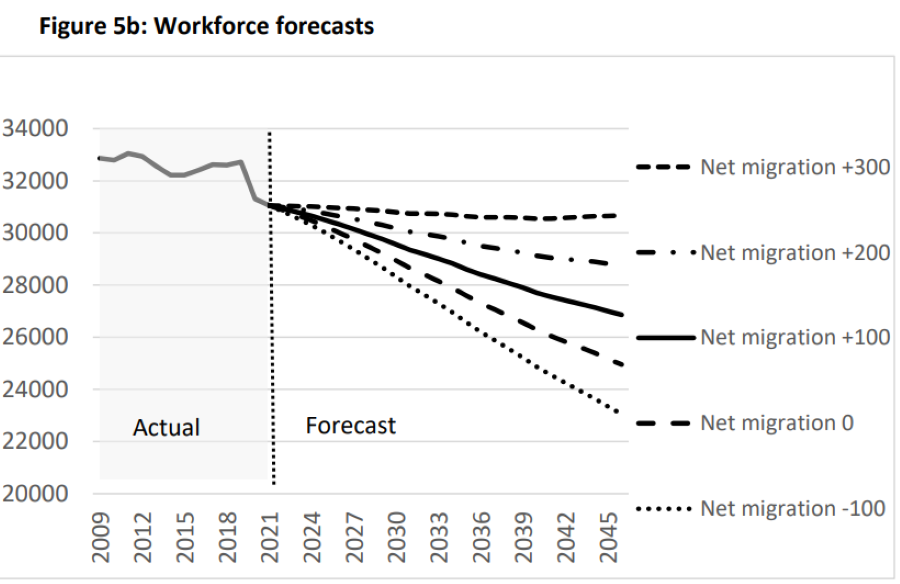 Pictured: This chart, published by the States, forecasts the size of the working population in future years as adjustments are made to net migration (the number of people coming to the island minus the number leaving).

The States agreed in June 2021 to review the island's population policies as one of their top 10 priorities. After a review which has involved members and officials from various committees across the States, the Committee for Home Affairs, which is responsible for population policies, says they need to be changed to maintain the health of the economy and to plan the infrastructure required to cope with population growth.

"The States will assume, for the purpose of planning future infrastructure and service provision, that net migration will average up to 300 per year over the next 30 years. This assumption will support the capacity of the island’s workforce so that it remains a desirable and competitive jurisdiction and will ensure that the island can meet the needs of the economy with the necessary housing and infrastructure," said the Committee.

"It does not seek to list who the island needs, when it needs them, and which year that they need to arrive. What it does do is set out, at a high level, the framework in which government will need to consider its population in the next 10-30 years, not least to ensure appropriate planning can be taken in respect of housing and planning, the provision of public services, investment in infrastructure and maintaining fiscal balance." 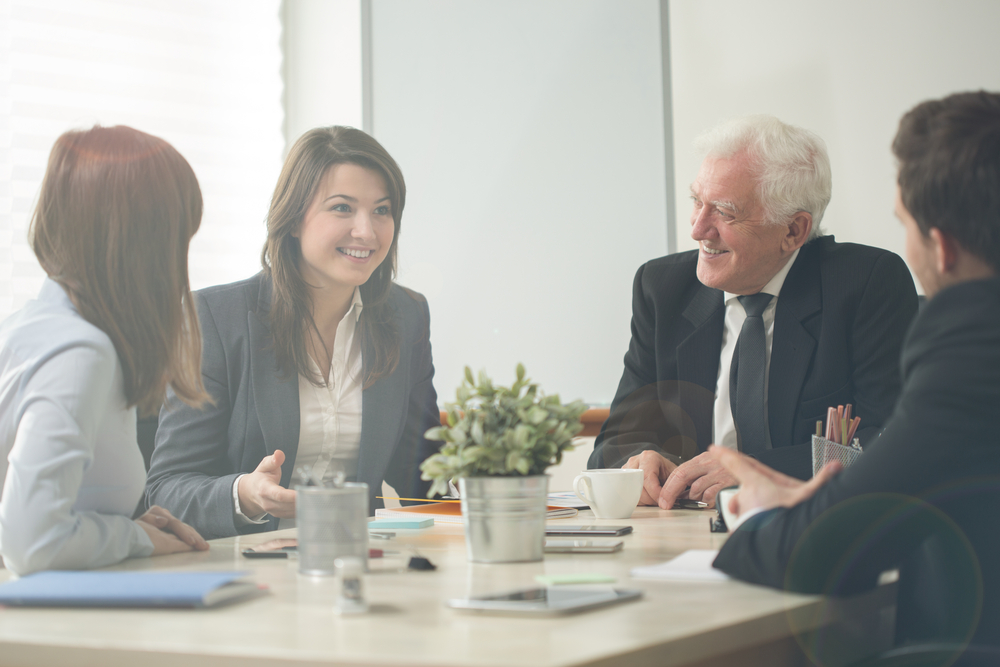 Pictured: The size of the island's workforce has increased over recent years, which was one of the objectives of raising the pension age.

Despite a steady increase in the number of pensioners, the number of people in employment has increased over the past decade from around 30,000 to more than 31,000. This is partly due to existing net inward migration and increases in the States' pension age.

However, the Committee forecasts that maintaining net inward migration at the level experienced over the past decade or so would cause the working population to decrease to less than 28,000 by the middle of the century at the same time as the number of pensioners continues to increase towards its expected peak.

"The island is currently seeing record low levels of unemployment with relatively high levels of participation. There may be some opportunity to marginally increase overall participation rates and to significantly increase the amount of work undertaken by those who are currently only active for a limited number of hours - typically women with younger children - by improving access to the workplace," said the Committee.

"Notwithstanding these opportunities, there remains a real risk that Guernsey’s economy will shrink significantly over the next 30 years under the central workforce forecast. The future workforce modelling found that, in principle, an average level of around 300 net inward migration per annum over the next 30 years would be required to maintain a stable workforce and hence help sustain the island’s [economy] at current levels, all other things remaining constant." 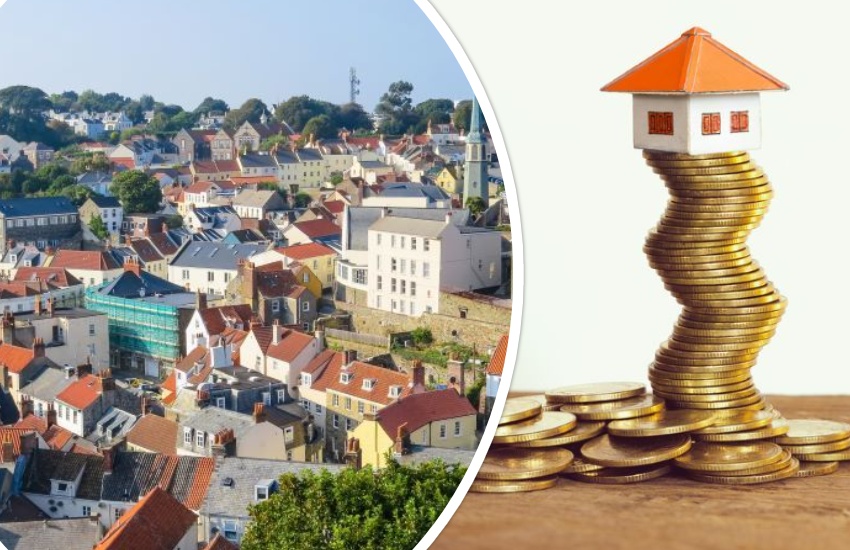 Pictured: Increasing the number of people living in the island would inevitably put additional pressure on critical infrastructure, such as housing.

The Committee has acknowledged that there are limitations in what can be achieved by aiming for more inward migration and higher levels of population growth and that it will put various additional pressures on the island.

The Committee said "this would have a significant impact on the island’s environment, housing stock, infrastructure requirements and living standards, which on balance may offset the benefits to the economy that a stable workforce would bring". And added that those reviewing population policy had therefore "remained cognisant of the clear tension between managing the decline in Guernsey’s workforce and maintaining the island as an attractive place to both live and relocate to".

Its policy letter also cautions against seeing population growth as a way of avoiding tax increases to fill the States' projected annual shortfall of up to £85million a year.

"Allowing for both the impact on revenue and expenditure of a larger population, high-level initial analysis has found that +300 [net inward migration] may only reduce the net revenue requirement by between £14m and £23m per year by 2040," said the Committee.

"This is a relatively modest sum and highlights the fact that maintaining the size of the workforce, on its own, will not suffice in responding to the island’s financial needs."

It also revealed a 'bulge' in the number of over-65s, stoking fears about an impending care crisis.