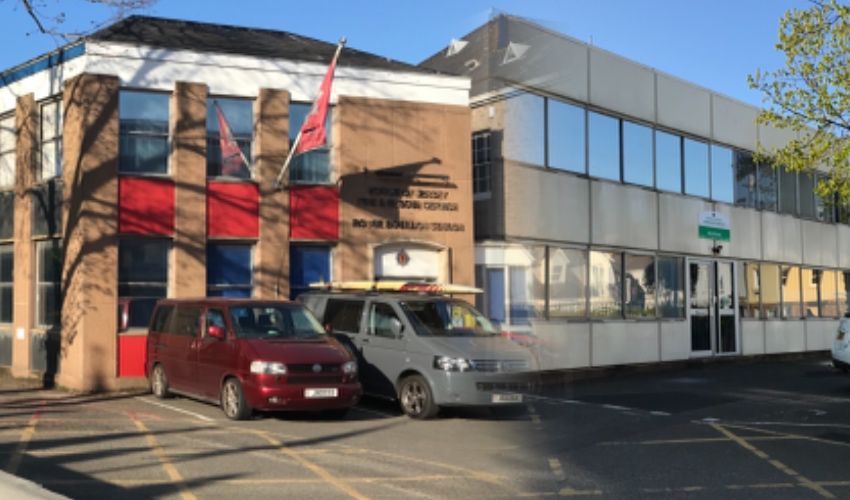 The head of the emergency services is confident that Rouge Bouillon will be home to a new Combined Ambulance and Fire Headquarters - despite Education eying up the site for school expansion.

Justice and Home Affairs boss Julian Blazeby said yesterday that it made sense for the two emergency services to team up at the current home of the Fire and Rescue Service.

The Children, Young People, Education and Skills department has previously argued that it would make sense for the next-door Rouge Bouillon School to expand into the old police headquarters.

Last year, the school’s headteacher made an impassioned plea for more investment, saying that expanding next door was an obvious answer to a lack of space. 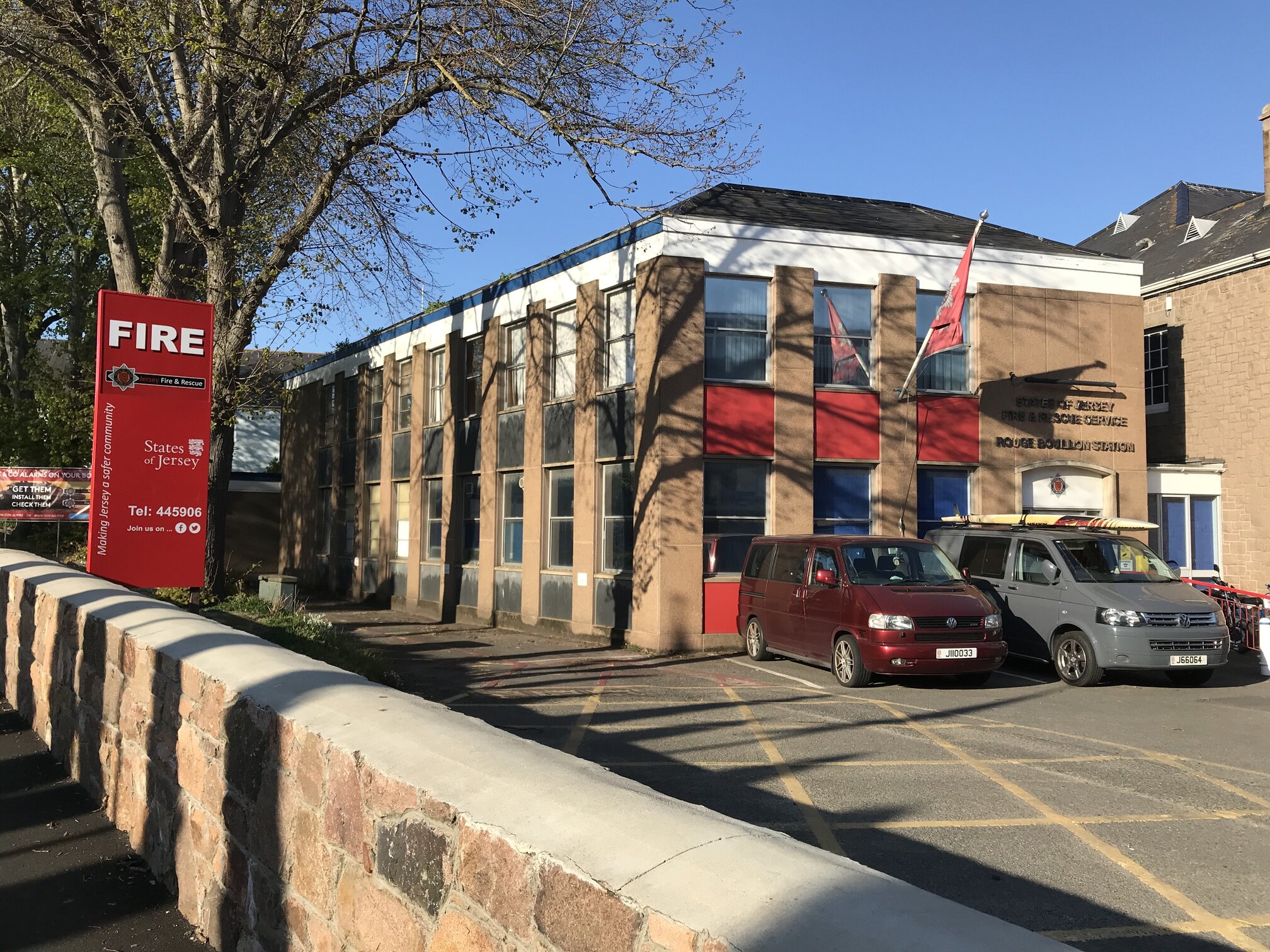 Pictured: The Fire and Rescue Service station at Rouge Bouillon.

Speaking to the Public Accounts Committee about his department’s “estate and performance management', Mr Blazeby, the Justice and Home Affairs Director General, said that his department’s plans to build a Combined Ambulance/Fire and Rescue Station were focused on Rouge Bouillon.

“The current site at Rouge Bouillon is the most appropriate,” he said. “We also understand that there are competing demands for that location from CYPES and we have paused our work while colleagues from that department carry out their own appraisal work.

“We have looked at a number of criteria: one of the main ones being around saving lives. We looked at Warwick Farm and Bellozanne, which were quite appropriate but analysis was carried out - using software and actual blue-light emergency drills - and response times were going to increase if those sites were used.

“Bellozanne would be our second choice after Rouge Bouillon but it would require a new building, as you would expect, and would increase average response times by 1 minute 30 seconds.”

Mr Blazeby added that he was “hearing some very positive soundings” from colleagues within Infrastructure, Housing and Environment – who have responsibility for the public property estate - that better sites within town had been identified for Education.

“We are getting some encouraging feedback from colleagues in IHE, from an estate strategy point of view, that there will actually be enhanced opportunities, other than Rouge Bouillon, for an educational site for a school.

“We are at the stage that we have done our assessment and we are now waiting for colleagues in CYPES to get to that position: where they can come back and look at what other options there are to create an enhanced offer that will meet the common strategic priority of putting children first.” 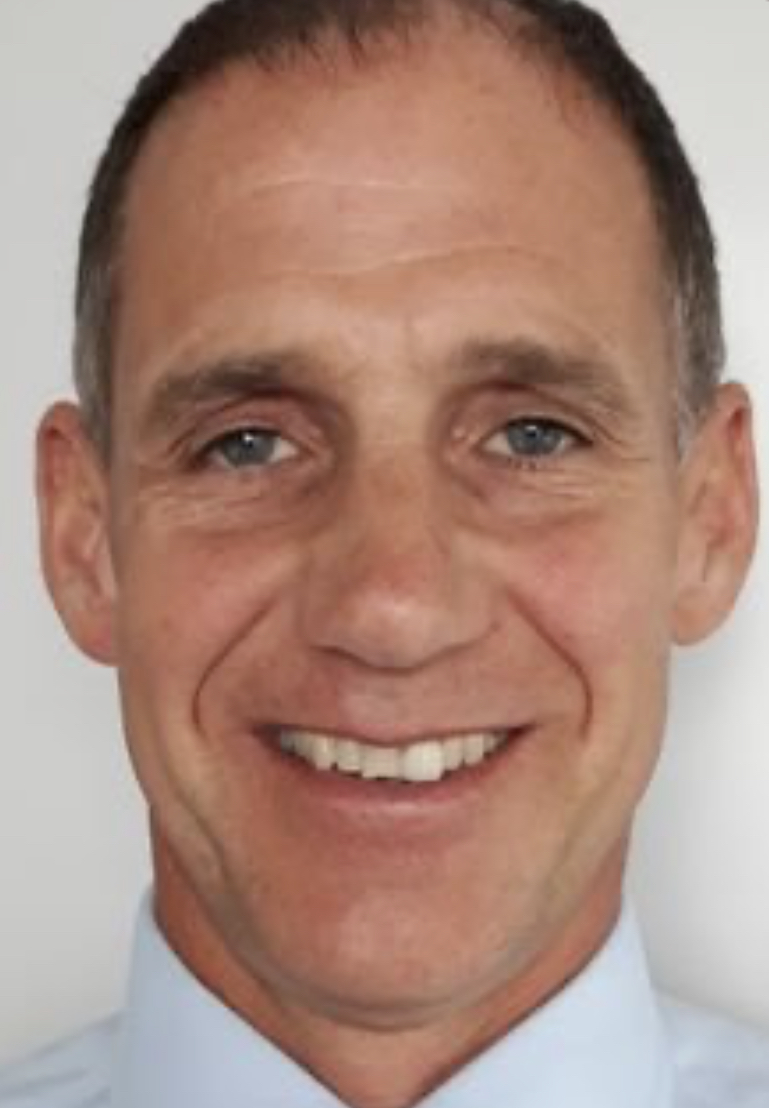 However, he said it was not his position to say where the preferred school sites were.

Mr Blazeby added that the current ambulance and fire stations had reached the end of their useful lives and a combined headquarters was the best way forward.

He added that it was possible that large parts of the Customs and Immigration Service, currently housed at Maritime House, would move to the new Government Headquarters in Union Street when it opened in 2024.

If Ministers agree that the combined headquarters should be built at Rouge Bouillon, building work would start next year.

The recently published bridging Island Plan said that the Government would launch a review into the education estate, with a particular focus on town primary schools.

Posted by Scott Mills on Apr 28th, 2021
Feel really sorry for Rouge Bouillon school, they had their massive playground (remember doing my cycling proficiency test there in the 80's) taken away to make way for extension of said property. That school has little or no outdoor space. They should look for another site entirely for the school, if possible. Still they've got lovely beaches to play on.
To place a comment please login Login »