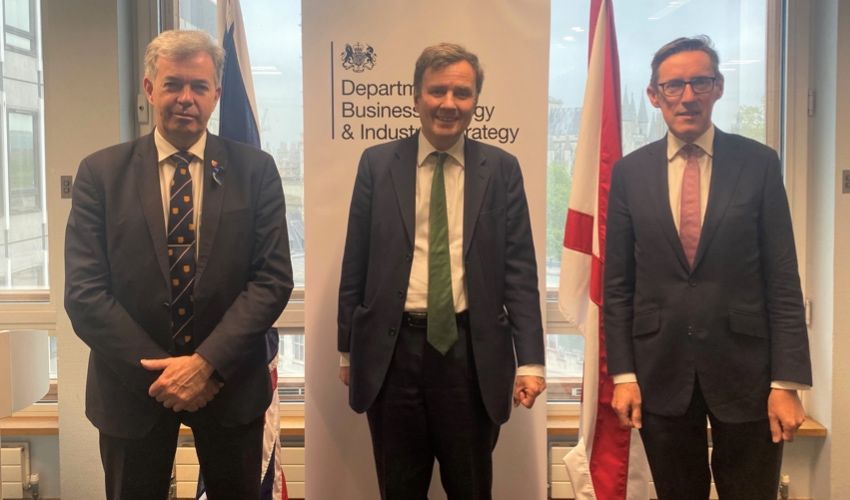 Jersey now has an international obligation to emit no more carbon than it can capture by 2050.

Days after the States Assembly backed the Government’s Carbon Neutral Roadmap, which charts a course towards that target, the Paris Agreement on climate change has formally been extended to Jersey.

The Government announced last November that it had applied to the UK for the international agreement, signed in 2015, to cover the island.

External Relations Minister Ian Gorst made the application to UK Energy Minister Greg Hands at the COP26 conference in Glasgow.

Now Foreign Secretary Liz Truss has approved the move, meaning that the terms of the legally binding Paris treaty – with its goal is to limit global warming to well below 2 degrees Celsius, and preferably to 1.5 degrees, compared to pre-industrial levels – now covers Jersey.

Senator Gorst, said: “The extension of the Paris Agreement to Jersey demonstrates just how seriously the island takes its obligations to tackle the climate emergency at a domestic and international level.

“On behalf of Jersey, I would like to thank the UK Foreign Secretary and Secretary of State for Business, Energy and Industrial Strategy for recognising this and for affirming and supporting our request to be incorporated into the Paris Agreement framework.”

Some scientists have raised concerns that the Paris Agreement, now seven years old, is already out of date, especially as the amount of carbon dioxide in the atmosphere has kept rising since then.

Others, however, argue that such collective action, while not perfect, is the best hope of reducing emissions worldwide.

Last month, the UN’s Intergovernmental Panel on Climate Change said that, at the current rate of emissions, the world will burn through its remaining “carbon budget” by 2030 - putting the ambitious goal of keeping warming to 1.5 degrees Celsius irrevocably out of reach.

The 278-member panel said it was still technically possible, and even economically viable, for nations to curb carbon pollution on the scale that is required, although it added that it “cannot be achieved through incremental change.”

Jersey is committed to reduce carbon dioxide by encouraging the electrification of transport and heating and low-carbon travel, promoting ‘green’ finance, and capturing greenhouse gasses by extending seagrass beds in the island’s 900 km2 of territorial waters.

Under the roadmap, all new diesel and petrol vehicles will be banned from 2030.

Call to suspend drive to carbon neutrality during Ukraine war

Electric car and heating subsidies on road to carbon neutrality

To fly or not to fly? Key Government policy out this week

Government aims to push back carbon target to 2050