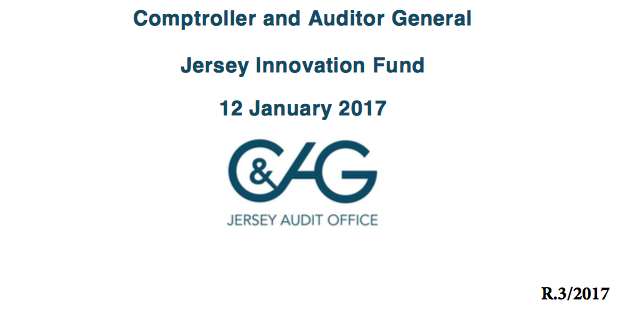 A leaked e-mail from the States spending watchdog has shed further light on the ongoing police investigation into aspects of the Jersey Innovation Fund.

Earlier this year the Comptroller and Auditor-General, Karen McConnell, published an exceptionally damning report on the Fund, listing a catalogue of errors, poor oversight and the potential loss of up to £1.4million of public money, made up of loan repayments which had fallen overdue. Some of that money may still be recovered.

In the report she commented:

"The weaknesses in governance and internal control create an environment in which any conduct of loan applicants and recipients that falls below expected standards is less likely to be detected. From my work I have identified concerns about the conduct of third parties that I am considering reporting to the Attorney General."

Later, the Attorney General confirmed that the police would be investigating, following the CAG's comments, but no further details about exactly what is being looked at have been released.

Then yesterday, an e-mail from the Deputy Comptroller and Auditor General, Stephen Warren, was forwarded to Express, in which he added more detail as to who Ms McConnell didn't have in mind when she mentioned "third parties" - it seems that her comments were not referring to Ministers, civil servants or appointees of the States including members of the Fund's advisory Board.

Mr Warren confirmed to Express that the leaked e-mail to the former Chairman of the Fund (and copied to others) was genuine, and in it he says:

"Further to our telephone discussion this morning I am writing to confirm that:

I am happy for you to share this email with present and former members of the Advisory Board."

As well as the Police investigation there are now three other reviews being done into different aspects of what went wrong, and the Public Accounts Committee has indicated that it will also be looking into the Fund.

Posted by John Storey on Feb 22nd, 2017
What's that game called when you have a long row of chairs and a load of people circleing around them (but more people than chairs ) to music,when the music stops you have sit on anyone of the chairs you can get ,this goes on until the last chair standing and a couple of people left then there's an almighty rush for the last man to get it ,I don't know if this is a good analogy , but I've come to the conclusion that we have a bunch of politicians and civil servants,running around just like that game ,jostling for a position of which none of them are capable of doing
To place a comment please login Login »

A ministerial return for Senator Ozouf?