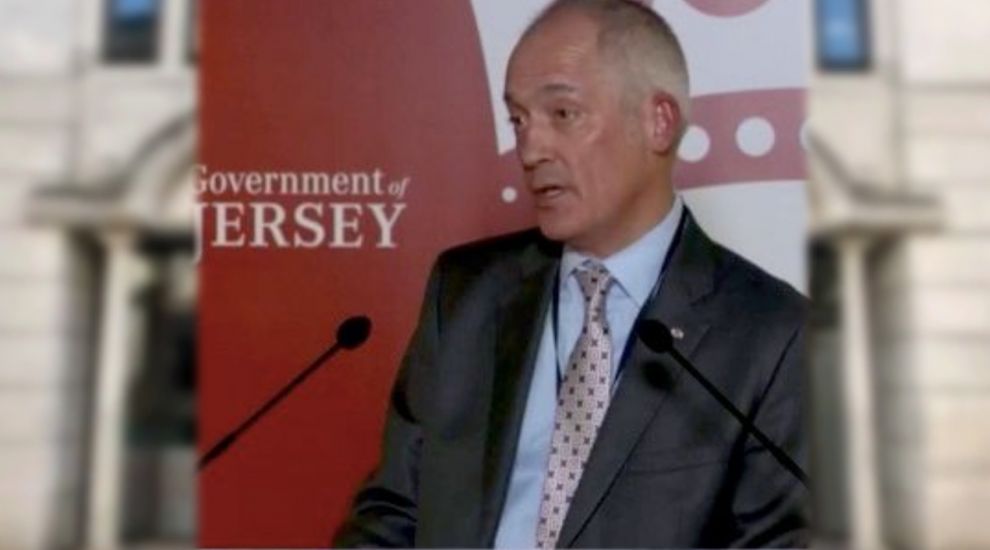 New contracts will have to be scrutinised more closely for areas that may lead to legal wrangles between employees and the Government, the new Interim CEO has said following backlash over the £500,000 ‘golden handshake’ given to his predecessor.

It was one of several “lessons learned” cited by Paul Martin during a hearing yesterday before the Public Accounts Committee - a panel of politicians responsible for examining how taxpayers' money is spent - which has launched a formal review into Charlie Parker's departure.

Former CEO Mr Parker was given a half-a-million severance payment by Government to avert legal action over his early departure at the end of January 2021.

The sum was agreed by the States Employment Board (SEB) and Mr Parker on 12 November, just two weeks after the row over his second job at UK real estate firm New River broke out.

It exceeded the payout for early departure laid out in his original employment contract and was agreed without advance consultation with Treasury in breach of the Public Finances Manual, according to the Government's spending watchdog, and their own auditors. The Chief Minister, Senator John Le Fondré, described this as an “oversight".

During yesterday's PAC hearing, Treasurer Richard Bell repeatedly declined to provide a breakdown of the half-a-million payout, citing confidentiality reasons. He also declined to say whether any payment had been made to Mr Parker's pension pot or whether Mr Parker will pay tax on the money received. 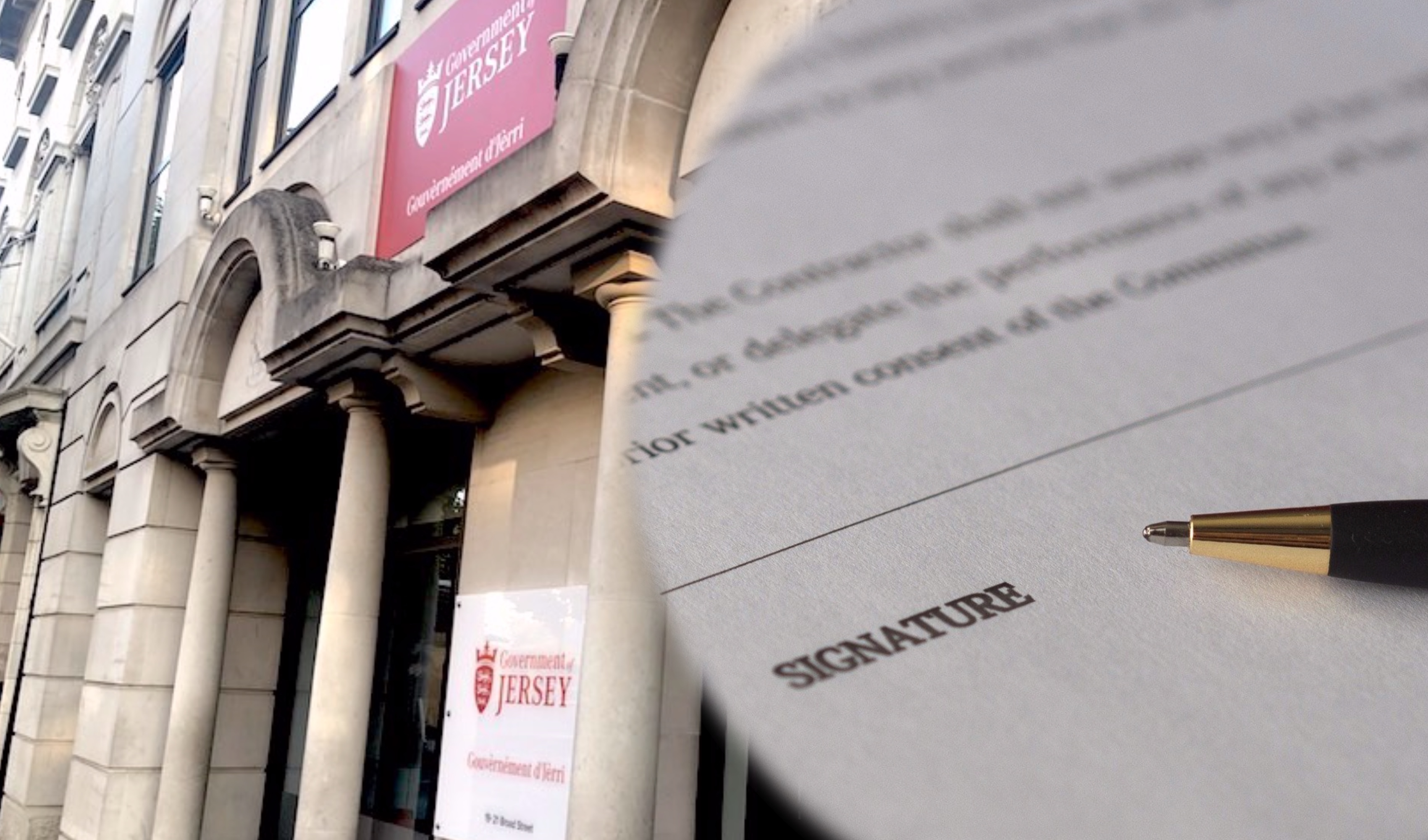 Pictured: The payment to Mr Parker was agreed by the States Employment Board on 12 November.

Mr Bell and Mr Martin were also unable to confirm whether Mr Parker had access to the Government’s headquarters or computers, or attended meetings, during the seven-day gap between his first and second contract when he wasn't officially an employee, but was described as an 'unpaid advisor'.

They said they did not know for certain whether anyone else was informed or aware of the fact Mr Parker wasn’t CEO during that time – with Chief Operating Officer John Quinn being in charge in the meantime. Although Mr Bell confirmed he was aware of the situation, it is unclear whether other Government employees, States Members or the Council of Ministers were informed.

Mr Parker's severance figure was released last month in the States Annual Report and Accounts 2020, which were heavily delayed in part by auditors Mazars’ queries over the payout.

3/4
However, in the public interest, the PAC will be seeking clarity on this matter from the States Employment Board at their public hearing on 9 July.

For what was believed to be the first time, the Government’s accounts this year included a ‘qualified opinion on regularity’ from auditors – an official statement raising concerns that, in their view, proper processes governing spending were not been followed in relation to the CEO’s exit.

During yesterday's Scrutiny hearing, Mr Bell was questioned over the ‘qualified opinion on regularity’ included in the accounts by the auditors - an official statement raising concerns that, in their view, proper processes governing spending had not been followed in relation to the CEO’s exit.

While he said he understood why the auditors had included the qualification, noting that it was a matter of judgment, he said he believed it was “heavily worded towards the technicality of the Public Finance Manual”.

“This requirement in the PFM is largely to ensure that individuals or managers or leaders in an organisation, who are contemplating such novel, often novel and sometimes contentious payments, do so in light of receiving the right advice,” he said.

“In the case of this, it was a decision of the States Employment Board, who undoubtedly took the most senior and expert advice available to them at all points during that process leading to the payment to the former Chief Executive. The one exception to that would be the requirement to consult, to take advice from the Treasury and Exchequer department." 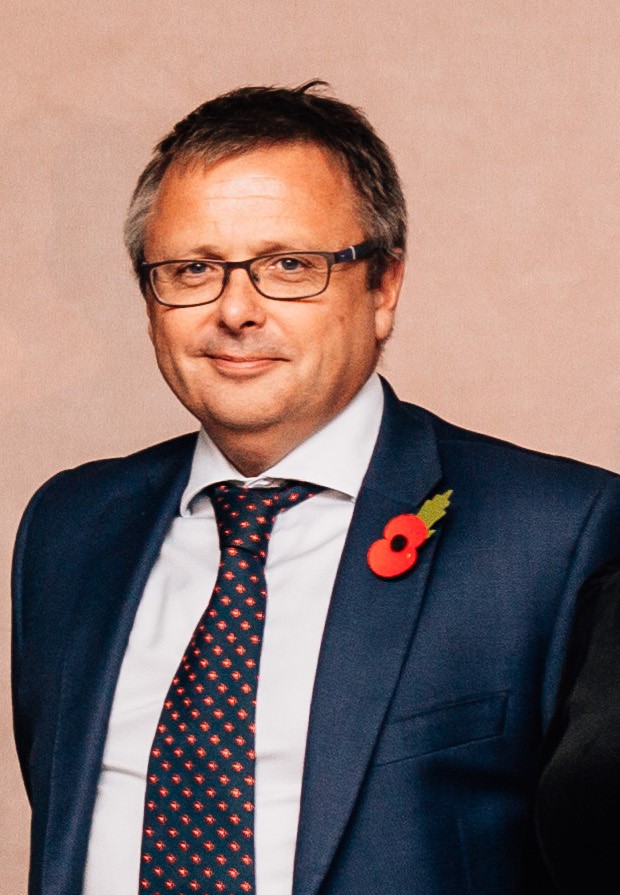 Both Mr Bell and Mr Martin said the consultation between Treasury and SEB on the payment to Mr Parker had not taken place as a result of the “fast-moving environment” and the need for “rapid decision-making”. In contrast, they confirmed that all processes were followed correctly when a £192,000 severance payment was made to the former Director General of Growth, Housing and Environment (GHE), whose departure came after officials kept him in the dark about plans to significantly slash his portfolio.

While the Treasurer and Interim CEO denied they were weaknesses in internal controls, they both acknowledged there were “lessons to be learned” from the saga involving Mr Parker.

“There’s evidently learning from the situation, that’s absolutely clear,” Mr Martin said. “I would say that from everything that I can see, the public interest was followed by decision-makers who were trying to pursue what they saw as the best public service interest at that point in time.

“But definitely when we look back at this, particularly in light of the [Comptroller and Auditor General's] report... of course there is learning and definitely we would incorporate that in any future occurrence of what was a very unusual situation.”

Amid discussions of liabilities arising, Mr Martin said a "very key" element of "learning" from the saga was to "make sure that the implications of an employment contract are fully assessed and understood at the point of which it is being signed."

“I am certainly confident that this learning is in place," he added.

Although Mr Bell stated that Mr Parker would probably have received the same amount if his department had been consulted, he nonetheless noted the importance of following the PFM and consulting with Treasury.

Questioned about the steps that are being taken to avoid any similar situations arising in future, he said that he was now invited to all SEB meetings. Although his diary prevents him from attending all of them, he said he was virtually in attendance for all of those involving matters that could give rise to potential future liabilities.

He also said that the findings in relation to the accounts and the audits had been discussed with the Executive Leadership team, which is made up of the most senior civil servants.

Explaining that the Government will be reviewing the section of the PFM relating to special payments, Mr Bell continued: "I would rather retain the requirement in respect of special payments, even though that does exposes us to a risk in respect of material transactions where the Public Finances Manual is not complied with for the reasons I gave earlier to make sure that the organisation realises the importance of consulting with T&E (Treasury and Exchequer) largely so that we ensure that they receive the right advice, which, I emphasise in this case, in the case of the States Employment Board, they did receive very senior and expert advice relating to this situation."

A section relating to the States Employment Board will also be added with the aim to clarify the “overlap” between the board and the requirements of Public Finances Law for Accountable Officers (AOs).

“At the end of the day, just to make it fairly obvious, pay awards and therefore values attributable to employment of individuals are decided by the States Employment Board, yet Accountable Officers are charged with efficiency and effectiveness of departments,” Mr Bell explained.

Posted by Scott Mills on Jun 8th, 2021
The ol' classic "lessons have been learnt". I very much doubt it, and suggest the States, employ a consultant/expert from the mainland to help them learn. Still we got lovely beaches...I'm off to one now, to write my own States Employment contract.
Posted by Martin on Jun 8th, 2021
It is really V E R Y simple - NOBODY GETS A £500 K payout in their contracts!

A £250 K wage IS sufficient ( most of us live on MUCH less) & if the individual considers HE/SHE is worth more than that then there are jobs elsewhere!