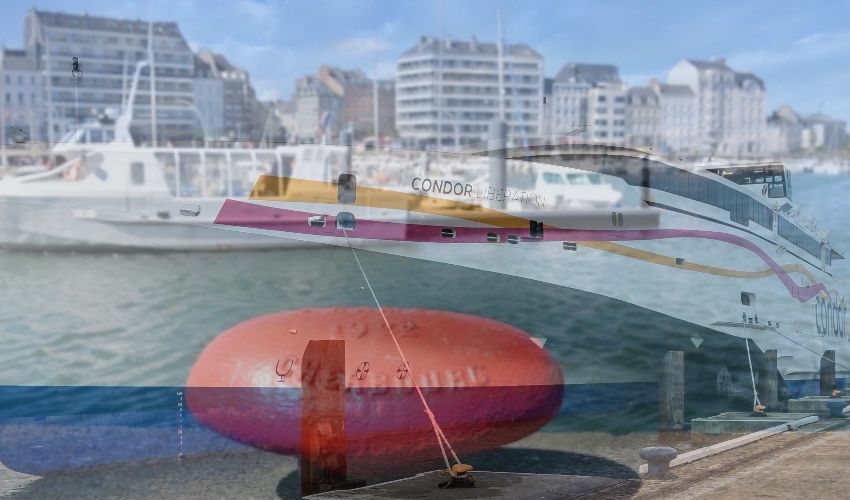 The Condor Liberation will be sailing between Cherbourg and the UK next summer, but it is not yet known what the impact of that will be on Channel Island services.

Recently, Brittany Ferries – which owns 25% of Condor and has loaned the company one of its vessels – announced that Liberation would be sailing between Cherbourg and the UK this summer.

“The summer service, the fastest on the Western Channel, will run every weekend from 27 May - 5 June and 15 July - 4 Sept and be operated on our behalf by Condor Ferries’ Condor Liberation,” it announced.

The Liberation will sail to both Portsmouth and Poole during those dates.

However, Condor Ferries is yet to launch its own schedule for the summer, so the impact of Liberation’s redeployment on sailings to and from the Channel Islands is unknown.

Pictured: Brittany Ferries has announced that Condor Liberation will be operating services for it this summer.

A Condor spokesperson told Express: “Based on the success of our high-speed services between the UK and the Islands last summer, we are in the process of finalising next year’s schedule which will provide some sailings for Brittany Ferries.”

They added that the timetable would be launched next month.

It is not the first time that the two operators have collaborated. Saint Malo-based Condor Voyager is owned by the French line and leased to Condor.

Sailings between France and Jersey will switch from Saint Malo to Cherbourg for the first two months of next year, apart from the half-term at the end of February.

Brittany Ferries may not need Liberation in the future, if its plans to develop super-fast 'seagliders' become a reality.

Posted by John Henwood on Nov 26th, 2021
Condor signed a service level agreement with our government when negotiating the use of harbour facilities and continuing to provide passenger and cargo services to Jersey. The winter move from to St Malo to Cherbourg as the point of entry to France came as a surprise to many regular travellers, adding as it does about two and a half hours and more travelling time to Dinan and other Brittany destinations. I wonder, was our government consulted over the change? Was it agreed or a fait accompli? Now a fast Condor ferry is to be deployed on the Cherbourg to UK route next summer and that is bound to have an impact on services between Jersey and France and also possibly the frequency of sailings between St Helier and Poole. This could have a serious impact on Jersey as a holiday destination. How serious is Brittany Ferries about serving the Channel Islands? Did they want the Condor assets (the vessels) to use on other routes? There are many questions and one hope the government is going to be able to answer them - and soon.
Posted by The old git Git on Nov 26th, 2021
Condor has kicked Jersey and Guernesy into touch such a shame after the support and grief we have had to put up with now a back stabbing. Nice one Condor.
Posted by The old git Git on Nov 27th, 2021
And has anyone heard of a vessel that long without bow thrusters ?
Posted by Lesley Ricketts on Nov 27th, 2021
Can’t believe that our Government didn’t know about the changes prior to it being a done deal and made public. Another behind closed doors agreement without any regard to the users of the service!
To place a comment please login Login »