Locking down too soon ‘could risk lives’ 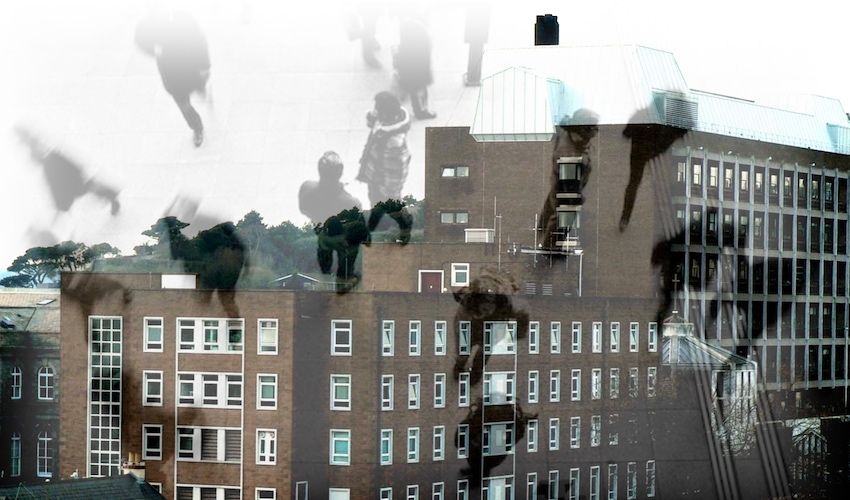 Locking down too soon ‘could risk lives’

Jersey’s Chief Minister has warned that locking down too soon could lead to more lives being lost, just hours after Guernsey announced it would be following the UK’s stringent new measures.

In a statement delivered last night, Guernsey’s Chief Minister, Deputy Gavin St. Pier, explained that the decision had been taken after the first patient in the island was confirmed to have caught the covid-19 illness through so-called ‘community seeding’.

Introduced at midnight, the measures include:

"These measures introduce the most far-reaching deprivation of personal liberties since the Second World War,” Deputy Gavin St. Pier said.

“These are not decisions that we have taken lightly. The impact of these decisions are far reaching but I am absolutely certain that it is the right thing to do to protect our community.”

The announcement - watched online by over 10,000 islanders - came just hours after Jersey’s Chief Minister resisted calls for local lockdown from numerous States Members, including the Economic Development Minister, and a petition signed by more than 5,000 islanders.

Grilled over what the government is "waiting for" in order to impose lockdown by Deputy Russell Labey, Senator John Le Fondré emphasised that Jersey was different to the UK, providing the example of transport links such as the tube, and therefore following a different strategy.

He said that it was not the "right time" for the island, but that the "next steps" would be decided upon in the coming days, describing lockdown as "one of the weapons in the armoury."

Video: The Chief Minister addressing islanders on the steps taken by the government so far.

He reminded States Members that going "too quickly" may have "adverse implications", noting that measures could be applied for up to five months, rather than a lockdown of simply two weeks.

In an open letter to all islanders, Senator Le Fondré used yet stronger terms, bluntly stating: "...if we adopt the UK approach now, at the wrong time for Jersey, people could later die who might otherwise be saved."

Dr Ivan Muscat, the professional leading Jersey's response to the covid-19 pandemic, explained that the island's approach was based on the medical data currently available.

Currently, 16 islanders are officially confirmed as having the illness, with two receiving hospital treatment. The Health Department is awaiting dozens of results back from the UK, with the backlog extending several days.

However, many of those tests were taken before Jersey announced the closure of schools and rolled out social distancing - avoiding unnecessary trips and keeping a strict two-metre distance away from others - to all islanders.

Policy Director Steve Skelton explained that these measures will be likely to impact Jersey's modelling, and, once more results are received, the island will be able to more accurately benchmark itself against other nations.

Dr Ivan stressed that social distancing is the most effective way of 'flattening the curve' and ensuring Jersey's hospital does not get overwhelmed as the crisis peaks.

Limiting contact with others by 75% can mean thousands fewer cases.

He once again confirmed that the government is looking to introduce testing on-island, and would be able to complete around 16 tests per hour 24 hours a day if it received the number of kits it would like. However, he said that they will be limited by how many kits are made available by the manufacturer, which is receiving huge global demand. He added that other providers will be considered if adequate levels of kits cannot be achieved.

Following the briefing, States Members debated and approved a number of emergency powers to assist the government in its response through the crisis, including measures worth up to £180m to support businesses, and changes to the Public Finances Law paving the way for more help.

It's expected that announcements about more help for local industry will be announced in the coming days. The Chief Minister did not indicate what these would be when asked during a press conference, but assured that "nothing is off the table".

It comes amid growing pressure for more help particularly aimed at the self-employed, with a petition reaching over 5,000 signatures.

Charities say they are also fearful of what the corona virus crisis will mean for them.

Emelita Robbins, CEO of Jersey Hospice, told Express that the charity was already haemorrhaging around £20,000 a week from having to close its charity shops alone.

Grilled on support for charities during the States Assembly meeting, which was held at Fort Regent to allow for social distancing, Treasury Minister Deputy Susie Pinel committed to meeting with local charity heads.

The meeting also saw politicians debate relaxing restrictions on care providers throughout the crisis - a measure leading numerous States Members to sound the alarm over safeguarding.

Deputy Rob Ward questioned whether it was a "step too far", backed by Deputy Carolyn Labey and Senator Steve Pallett.

Assistant Minister Gregory Guida admitted that it "goes against the grain to deregulate care settings", but said that the proposal had been deemed necessary at this difficult time, and that the government would still do its best to ensure vulnerable islanders remain safe throughout the period.

Posted by William Boyd on Mar 25th, 2020
I despair. I also,despair at the following. Toy shop in Don St is open, bathroom shop in Don St is open, framing shop in Don St is open and Voison's is open. Now I don't mind people playing Russian roulette with their own lives. I do mind when they play it with mine and their staff's. Unbelievable. Get a grip First Minister.
Posted by Martyn Anderson on Mar 25th, 2020
It was astonishing to receive confirmation that testing is still being carried out in UK, with the inbuilt delay risk further infections taking place. We are informed that testing 'kits' have been ordered - WHEN, we knew the virus was coming months ago - not even a probability but a certainty, but did we do nothing well enough in advance. Maybe others got in the queue well ahead of us. Very poor leadership's slow reactions - who would have minded if the supplies stayed on the shelf; rather that than not being prepared for the worst.
Posted by DavidCurtin on Mar 26th, 2020
It's time to be proactive not reactive!
To place a comment please login Login »