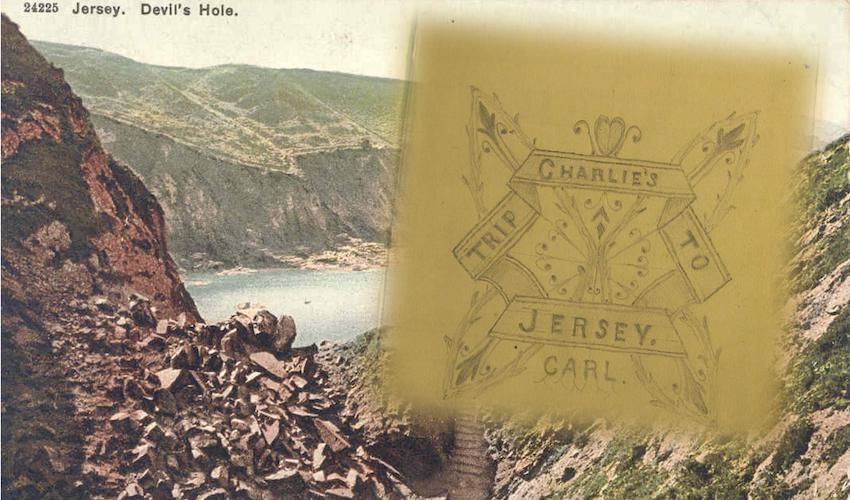 From scantily-clad beachgoers to women asking men to dance, islanders left quite an impression on a straight-laced Victorian diarist visiting Jersey on his travels.

Jersey’s beaches and local produce has long earned the island esteem as a tourist destination, but it’s little known that the ‘lewdness’ of the locals was also once an unexpected draw for visitors, as documented by a London stationer.

Historians look back at the “unusual record” of Charles Glasspool, who visited the Channel Islands in 1878, and the “immorality” he experienced whilst here…

Charles’s visit to the Channel Islands was at a time when holidaying in Britain was becoming more popular, with people saving up to go on a seaside holiday or sometimes somewhere more exotic.

As it turns out, Charles did not need to go further than Jersey to find a taste of the exotic.

Pictured: Charles didn't have to look further than Jersey for a taste of the exotic! (Jersey Heritage).

In his diary, he wrote about his shock at the seemingly immoral behaviour of the locals. When walking past the Argyll Rooms, a French lady had approached him asking: “Voulez vous son danse monsieur?”

He refused the lady in question, citing the fact that he had “heard if a person goes there, he is liable to be drugged. Here was one I was told was drugged and lost thirty pounds. Serve[s] him right for going to such a place.”

Jersey’s more relaxed nature also proved shocking on another occasion when he wrote: “Well this beats all I have ever seen. I wonder what our Ramsgate or Margate folk would think of the site. They say it is no uncommon thing for a man and his wife to undress on the beach and bathe.” 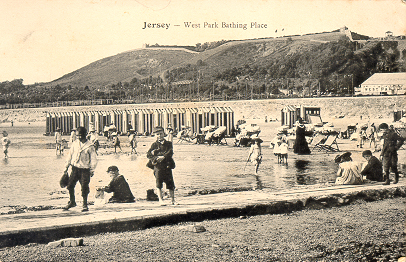 Pictured: The diarist was also shocked that married couples would "undress on the beach and bathe."

These entries, and more, were all part of a diary that Charles hoped would be “amusing and instructive at the same time.”

His written recordings reveal that when he was packing his clothes, his dear mamma persuaded him “to take two changes of apparel”. He also wrote about the terrible sea sickness he experienced on the way to the island and his stay at the Star Hotel.

During his trip, he visited some of the major attractions, including Mont Orgueil and Devil’s Hole, which he enjoyed. He also took great pleasure from the views around the island, writing: “I shall never forget this scenery, it is so wild and romantic.”

Charles was not so impressed, however, with the Tropical Garden at Rozel Bay. He wrote: “Here I saw nothing except a gum tree of any interest and one is expected to give a trifle to the gardener – a trifle for showing you over. It’s a swindle and not worth a visit I can assure you.”

In another diary entry that demonstrates how much the tourism industry has changed since 1878, Charles recounted: “The hotel keepers take in the visitors, for they charge twice or three times as much for a drink as they would to the natives.”

He also noted that, when he was taken around Mont Orgueil, his guide had boldly (and inaccurately) stated: “This part ladies and gentlemen was supposed to have been built by Julius Caesar BC 57.”

Despite the ups and downs of his trip to Jersey, Charles eventually decided to leave Jersey, recording in his diary: “I was getting tired of Jersey, it was too dull for me here, I must have a change so I resolved to start for Guernsey the next day.”