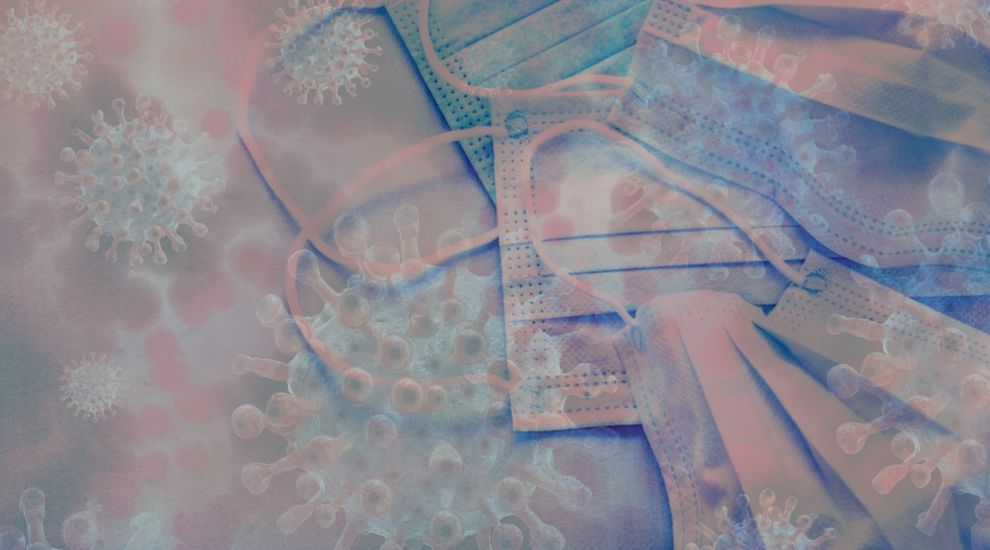 Islanders will be required by law to wear masks again from Wednesday - and the Chief Minister has hinted that further restrictions could be on their way.

Anyone over the age of 12 will have to wear them in indoor public spaces. These include:

Health Minister Deputy Richard Renouf is shortly due to sign an order to make the change, which follows the sharp rise in covid cases on the island.

In a video statement issued this evening, Chief Minister Senator John Le Fondré hinted that other restrictions may also make a return in light of the number of cases on the island.

"We are taking this trend very seriously and I will be making a further announcement later this week to update you on any further changes to our policy... We will not hesitate to step up our measures if we feel it necessary," he said.

There are currently 2,813 people with covid-19 in Jersey - the equivalent of one in 38 members of the island's population - and 13,332 direct contacts. The latter group are not required to isolate unless they test positive.

There are 12 patients in the hospital with the illness. As of yesterday, there were two people were in the Intensive Care Unit.

It was also confirmed yesterday that one islander with the illness, who was under the age of 50 and not “clinically vulnerable”, had died in hospital.

In care homes, there are currently 10 cases - one more than on Friday.

Health Minister Deputy Richard Renouf was grilled over the move in this afternoon’s States Assembly meeting.

He said that STAC had asked Ministers to consider introducing mask-wearing last week, which led to the announcement that islanders were “strongly advised” to wear them on Tuesday.

He said that he and other Competent Authority Ministers – those responsible by law for covid decision-making – had wished to seek advice on the “proportionality” of re-introducing a legal requirement, saying that imposing criminal sanctions was “not something that anyone should lightly do.”

Deputy Renouf said CAM eventually agreed on the measure “in view of the growing surge of illness in our community” and consensus that mask-wearing was an “effective” preventative measure. However, he described

I asked the Health Minister in the Assembly whether he regretted taking so long to make this decision, given the exponential rise in cases and the fact this was obviously going to happen as "strongly recommending" mask wearing was not working.

He did not answer the question directly, but emphasised that the Government was less focused on covid case numbers, but more the “severity of disease we are seeing”.

He said that the severity in the third wave was “far far less” than the second, but nonetheless extended his “sincere condolences” to the family of the islander under the age of 50 who passed away in hospital with the illness over the weekend.

Posted by Keith Marsh on Jul 19th, 2021
Any comment I would like to print here about those idiots in the senior Government politicians, Deputy Renouf and his fellow FOOLS ~ those who put Profit before Lives would probably not get posted, so I won't do it.
And WHY wait until Wednesday ! honestly !
Posted by Donal Dolo on Jul 19th, 2021
Not enough
Posted by Donal Dolo on Jul 19th, 2021
Lets look like we are doing something
Posted by John Smith on Jul 20th, 2021
Stop these stupid measures and let us get on with our lives. Stop pandering to the doom and gloom brigade.
Posted by Jon Jon on Jul 20th, 2021
Should never of dropped masks,even tourists surprised! Government lost now,no faith in them whatsoever! Economy comes first in their eyes,this is just spreading like wildfire!
Posted by Donal Dolo on Jul 20th, 2021
Claim claim claim against incompetent gov.
Posted by gordon le claire on Jul 20th, 2021
government = no clue
Posted by Peter Richardson on Jul 20th, 2021
Either you open up the economy and let people make the decisions individually to wear a mask, avoid travel, or minimise indoor contact or government runs scarred again and locks down. Currently the politicians are flirting with both ideas and trying to score "safety" points off each other.
They always act too little and too late to open up or restrict and close down. As for my choices, don't travel, wear a mask in shops, make decisions based on infection numbers for your own safety, and don't expect politicians to get anything right.
To place a comment please login Login »