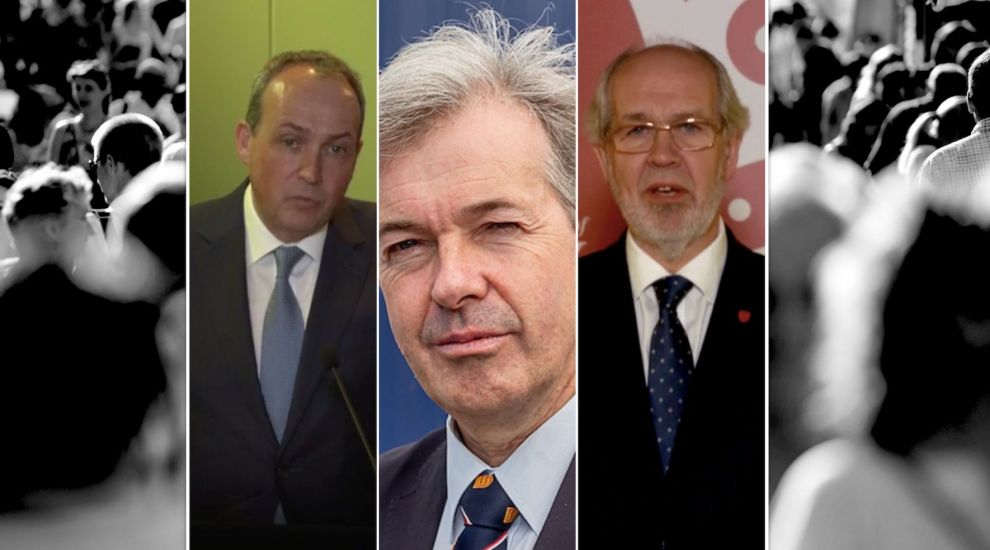 Ministers urgently met last night to discuss whether more needs to be done to curb the spread of covid, following the decision to make mask-wearing mandatory in public places again.

"At a meeting last night (Monday 19) they discussed a range of options, taking a balance of factors into account.

“They will reconvene this week to continue their discussions, ensuring that any new measures are proportionate to the current risk.”

The group is made up of the Chief Minister, Health Minister, Economic Development Minister, External Relations Minister and Infrastructure Minister.

The reintroduction of mask legislation, which comes into force for most public locations tomorrow, follows “strong advice” for islanders to wear the facial coverings issued last week and further advice to work from home. 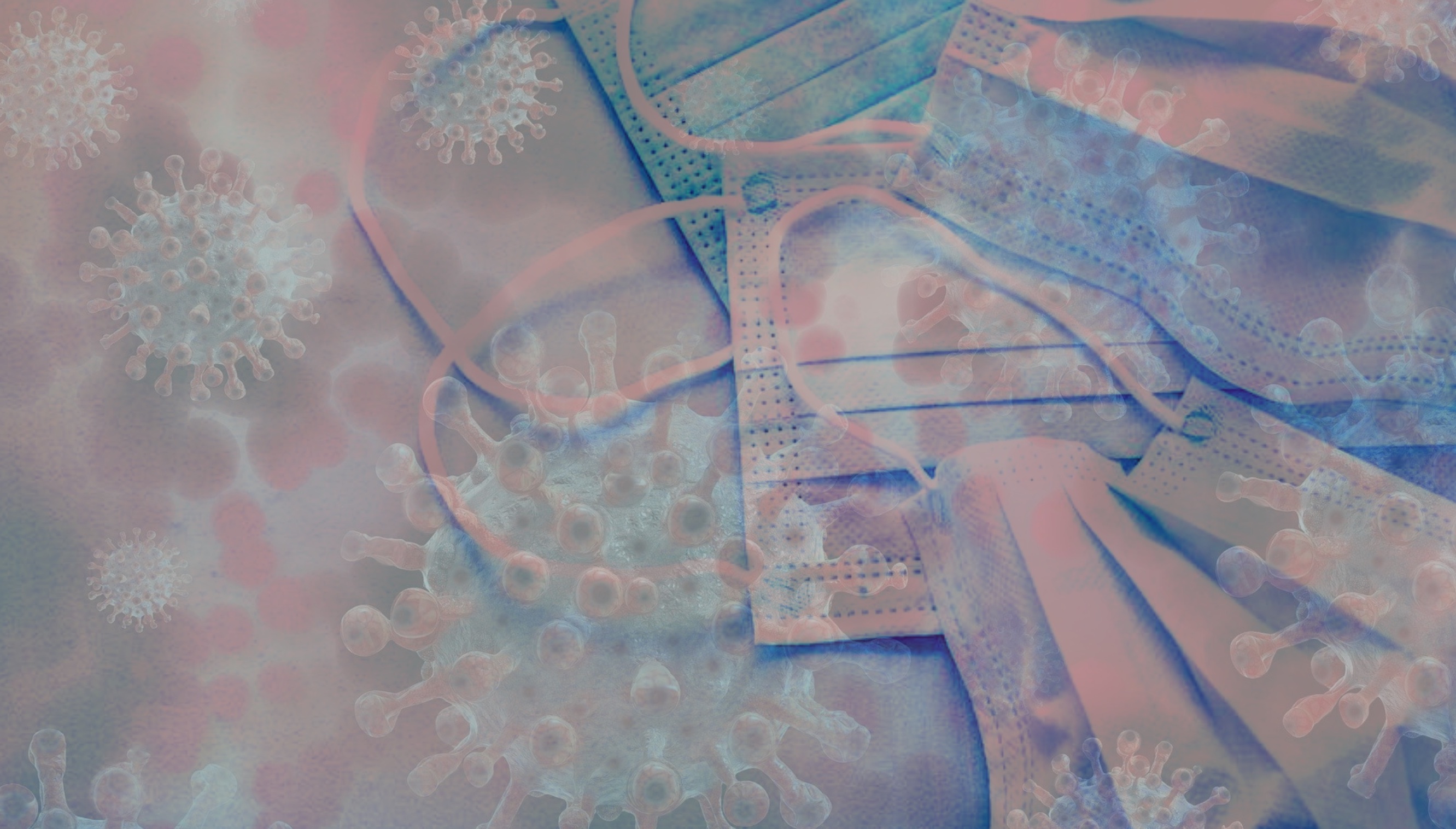 Pictured: Masks will be required by law in public places from tomorrow (Wednesday 21 July).

It came as the island’s covid case numbers topped 2,800 – equivalent to one in 38 islanders - more than double the case peak in the second wave. It's expected that the number of individuals recorded as having the illness will top 3,000 today.

13,000 people are direct contacts - none of whom have to isolate unless they test positive for covid.

12 people were in hospital with the illness last night, and 10 care home residents were also recorded as having the illness. Meanwhile, one 47-year-old islander who was not classified as clinically vulnerable passed away over the weekend.

In November, the Government imposed what many dubbed as ‘lockdown lite’ to curb rapidly rising covid numbers.

Islanders were not required to stay at home by law, like during the first wave of the pandemic, but hospitality venues and retail premises were closed, and restrictions were placed on private gatherings indoors.

Jersey is, however, in a very different position to then - more than half of the island's population is fully vaccinated, and more than 90% of those aged 55 and above. Hospitalisation rates are also significantly lower compared to the second wave.

During a grilling in the States Assembly yesterday, Health Minister Deputy Richard Renouf said the Government's key consideration was the number of individuals becoming severely ill with the virus, and ending up in hospital. He once again reiterated that Ministers were aiming to strike a "balance of harms".

In a video statement issued last night, Chief Minister Senator John Le Fondré hinted at other restrictions making a return in light of the high numbers of covid cases, saying: "We are taking this trend very seriously and I will be making a further announcement later this week to update you on any further changes to our policy... We will not hesitate to step up our measures if we feel it necessary."

While Ministers are yet to decide what further measures, if any, will be imposed, they did decide against changing travel requirements for individuals arriving in the island from France following the UK's decision to impose 10 days' quarantine on travellers from the jurisdiction due to the presence of the Beta variant, which was first discovered in South Africa and is believed to evade the vaccine, in the population.

Jersey's test regime sees anyone arriving in the island who is double jabbed undergo a test on arrival, without isolation until the result. Those who are not fully vaccinated must isolate until their negative result. Regardless of vaccine status, individuals only need one test.

Posted by Martin on Jul 20th, 2021
The public "could" be forgiven for considering the above phrase " Competent Authority Ministers" to be something of an oxymoron?
Posted by Lesley Ricketts on Jul 20th, 2021
The INcompetent authority ministers is more like it!
Posted by Dawn Armstrong on Jul 20th, 2021
We are the champions!
Jersey is way way ahead with no chance of anywhere catching us up now.
The Ministers have "done brilliant".
Our 7 day covid rate of 1,600 way way ahead of anywhere in Europe. The nearest anywhere comes to us is Cleveland with a paltry 1,200.
Our 14 day rate of almmost 2,500 is way way in front of anywhere in Europe , Cyprus is a distant 2nd at just 1,000.
For deaths we are a front runner too at 69, just look at Guernsey trailing behind at just 16.
We have had to invest heavily to reach this milestone spending 5 times as much as Guernsey but surely worth every penny?
We surely must be leaders in the long covid stakes too, but the Ministers are keeping that secret, maybe saving that for the next triumphant anouncement.
Crack on Ministers, doing a brilliant job.
Posted by Alan Keen on Jul 20th, 2021
We will eventually beat Covid. The greater proplem is the Accute Nostalgia, Malaise inflicting many Islanders. A time when the Island was well governed, owning a house with a garden was a possibility. A pint of beer or wine in the pub was affordable to all. St. Helier was a vibrant place to visit. Ummm. Temps Passé.
Posted by gordon le claire on Jul 20th, 2021
this time if the government decide to stop pubs restaurants from opening that will be the death seal for many and we will end up with hundreds of people unemployed.
the only way is to allow things back to normal and deal with each case as it comes most would have been vaccinated by now so would just feel ill for a time then recover that's how it works
Posted by David Kingham on Jul 20th, 2021
Would be good to know of those in Hospital how many are in ICU, have they been double jabbed and what is the age groups, dont think that is asking too much, heard yesterday that there were 4 in ICU but Channel ITV said 2?
Posted by Keith Marsh on Jul 21st, 2021
Competent Authority Ministers ~ words fail me !
Posted by Julie Littlemore on Jul 21st, 2021
Travel I think we should also be looking at this as I totally disagree that if you’ve had two jabs you don’t need to isolate. hasn’t it been very clear all along that double vaccinators can still catch Covid and spread it. UK have moved to 10 day isolation for France Majorca and Ibiza and yet there is nothing clear with regards to the Jersey flights direct from some of these places. It still states on certain travel websites the government website that if you’ve been double vaccinated you don’t have to isolate this needs to be looked at much closer.
Posted by Julie Littlemore on Jul 21st, 2021
With figures now dramatically rising from decisions made by the ministers they also decide to teardown the Nightingale hospital which I think that was very premature. It seems that they have given up unless it is all just get on with it whatever the circumstances it’s been a hard battle for the last 18 months surely a bit longer would’ve been the best decision.
Posted by Peter Richardson on Jul 21st, 2021
Far too little information about those in hospital and in the ICU as to their age, basic health, vaccination status etc for people to make informed decisions about their own protective measures. What about French day trippers if the Beta Variant is rife in France. Testing on arrival is pointless for them. Its always a case of too much panic too late and then continuing restrictions too long. We had restrictions and mask wearing when we had 3 cases. If you open up the island as the ministers have then numbers will rise but please get a handle on it before it becomes ludicrous as it is now.
Posted by ShaneFitzpatrick13 on Jul 21st, 2021
Cases maybe up but hospital admissions are minimal. 2 in ICU out of how many thousand . Out of the 12 hospitalisation they had previously said 5 were in hospital for other reasons and tested positive in hospital.
The death rate is 17 “probable” and 52 confirmed . If that is the case it’s still a death rate of around 1% and look at the age of most of the deceased . Look at the recovery rate .
The mandatory wearing of the mask is 1 step closer to the closure of gyms , hospitality etc and another lockdown
Posted by Donal Dolo on Jul 21st, 2021
https://services.parish.gov.je/Election/RegisterToVote
To place a comment please login Login »