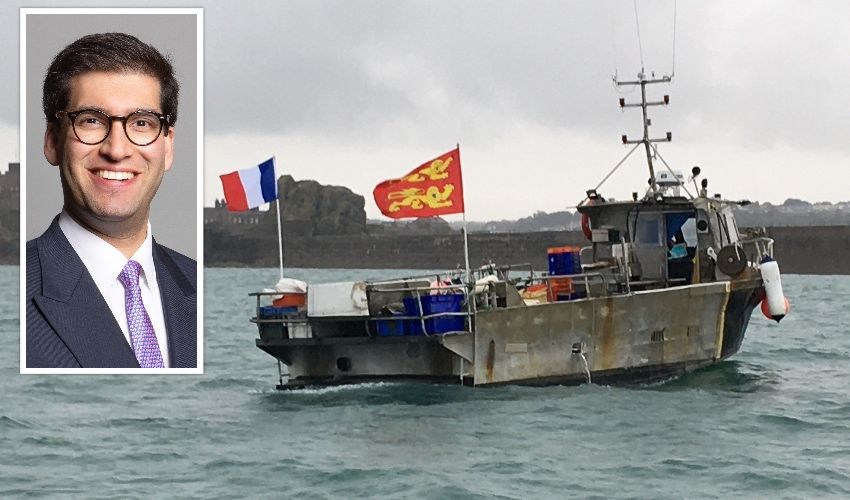 UK Prime Minister Liz Truss has appointed a new Environment Secretary, who is likely to have a key role in future negotiations with the French and EU over fishing.

Ranil Jayawardena is Secretary of State for Environment, Food and Rural Affairs and will lead DEFRA, replacing George Eustace, who announced his resignation when Boris Johnson stepped down as Prime Minister.

Mr Jayawardena was elected as the Conservative MP for North East Hampshire in 2015 and was previously Minister for International Trade.

He is yet to announce who will be his Minister for Farming, Fisheries and Food, who will have direct responsibility for fishing matters. Whoever that is will replace Victoria Prentis, who has moved to the Department for Work and Pensions.

Last year, a significant dispute blew up between the EU and France on one side and the UK and Jersey on the other over fishing.

It led to around 70 French fishing boats protesting outside the Harbour in May 2021 over their right to fish in Jersey’s territorial waters.

The dispute died down when Jersey issued licences to 131 French boats. However, the next stage – attaching conditions to those licences setting out the ‘nature and extent’ of activity – is yet to be resolved.

As the rules governing how Jersey manages its waters is set out in a trade deal signed between London and Paris at the end of 2020, Mr Jayawardena and his department will be involved in future negotiations, as will ministers in Jersey and Paris, and representatives in Brussels.