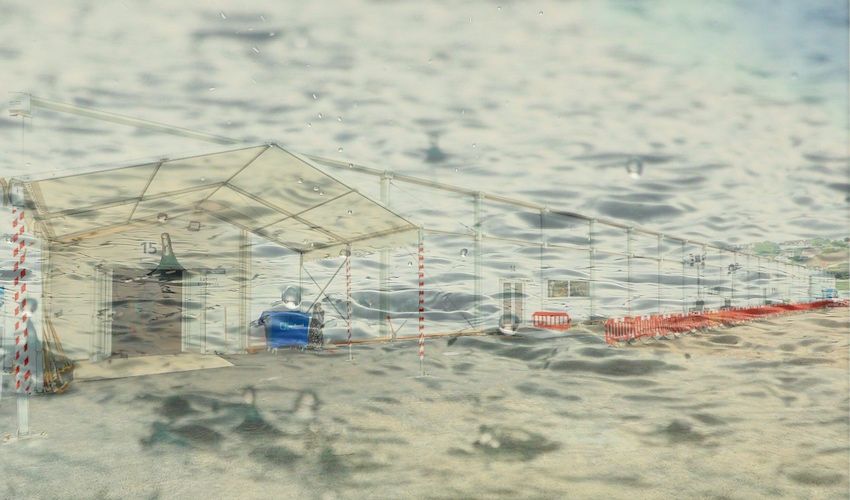 Recent heavy rains caused such damage to Jersey’s Nightingale Hospital that specialists from the Dutch company that erected it have had to be sent over to fix the problem, Express can reveal.

Two operatives from building contactors Neptunus arrived on the island last week to fix seals between panelling on the building that were torn apart after the facility was battered by high-speed winds and torrential rain in late June.

The damage resulted in water leaking into the facility.

While officials initially suggested there had been flooding in response to questions from Express, they downplayed the leakage in a fresh statement issued this afternoon, saying that only “some water” entered the building and that it had been cleaned up “with a mop”.

They declined to comment on how much was spent on clean-up and repair costs, arguing that they were “wrapped up” in the overall project costs and “difficult to separate out”.

Video: The Nightingale was affected by torrential rain and high winds on 25 June.

They noted, however, that the project remained “on budget”.

These are estimated to be at £14.4m, including a contingency funding pot of £1.3m.

The 180-bed hospital was built at Milbrook playing fields in a bid to provide additional bed capacity as part of the Government’s response to the covid-19 pandemic.

It includes areas for patient admissions and discharge, staff changing and rest facilities, and a morgue.

Construction started over the Easter weekend, with Neptunus bringing over eight trailers containing the temporary structure and a full team to fit together the 'flatpack' structure.

Pictured: The wing has capacity for 180 beds.

While the first few weeks of the field hospital's existence were relatively peaceful with virus cases dwindling to just a few in the community, it was recently flooded when heavy rains battered the island just two weeks ago.

Several thunderstorm warnings were issued by Jersey Met, followed by several wind warnings in the days that followed.

And here is the radar and lightning sequence between 7pm and 9pm for yesterday's storm . pic.twitter.com/GfyhRCtGFS

Following questions from Express, the Government confirmed there had been “water ingress” at the field hospital, which they said had been cleaned up by the facilities and security team on site.

But the issue was serious enough that technicians from Neptunus sent two operatives to rectify the problem on Thursday 2 July.

A spokesperson explained: "Following heavy rains in late June, some rubber seals between panels on the side of the temporary Nightingale Wing were affected. This resulted in some water entering the building... Two technicians from Neptunus arrived the following week to re-seal the panels. This was paid for the Neptunus. [sic]"

Express has asked whether the pair are still on the island and is awaiting a reply.

The government denied that the facility had suffered any rodent infestation following speculation on social media.

The flood damage is not the only hurdle the facility has had to overcome in recent weeks, with the building only recently becoming eligible to receive a fire safety certificate. 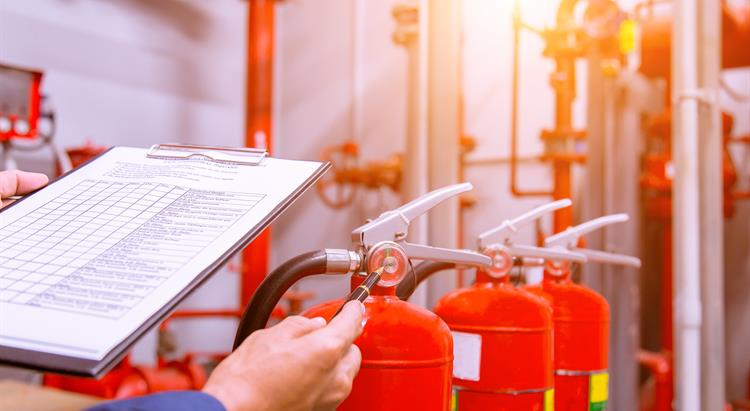 Evacuation exercises held on 24 June prompted the Fire and Rescue Service to suggest some improvements, including additional fire training, and more patrols.

“Further to the successful evacuation exercises held on June 24, there has been some learning from the Departments involved, and minor improvements have been mutually agreed to the satisfaction of the Fire and Rescue Service,” Jason Masterman, Group Commander of the Fire Service said.

“The Fire and Rescue Service are now in a position to issue a Fire Certificate for the use of the structure as a temporary covid-19 hospital wing, as and when it is brought into use.

“We will continue to work with Health and Social Services and play a role in any further planned evacuation exercises.” 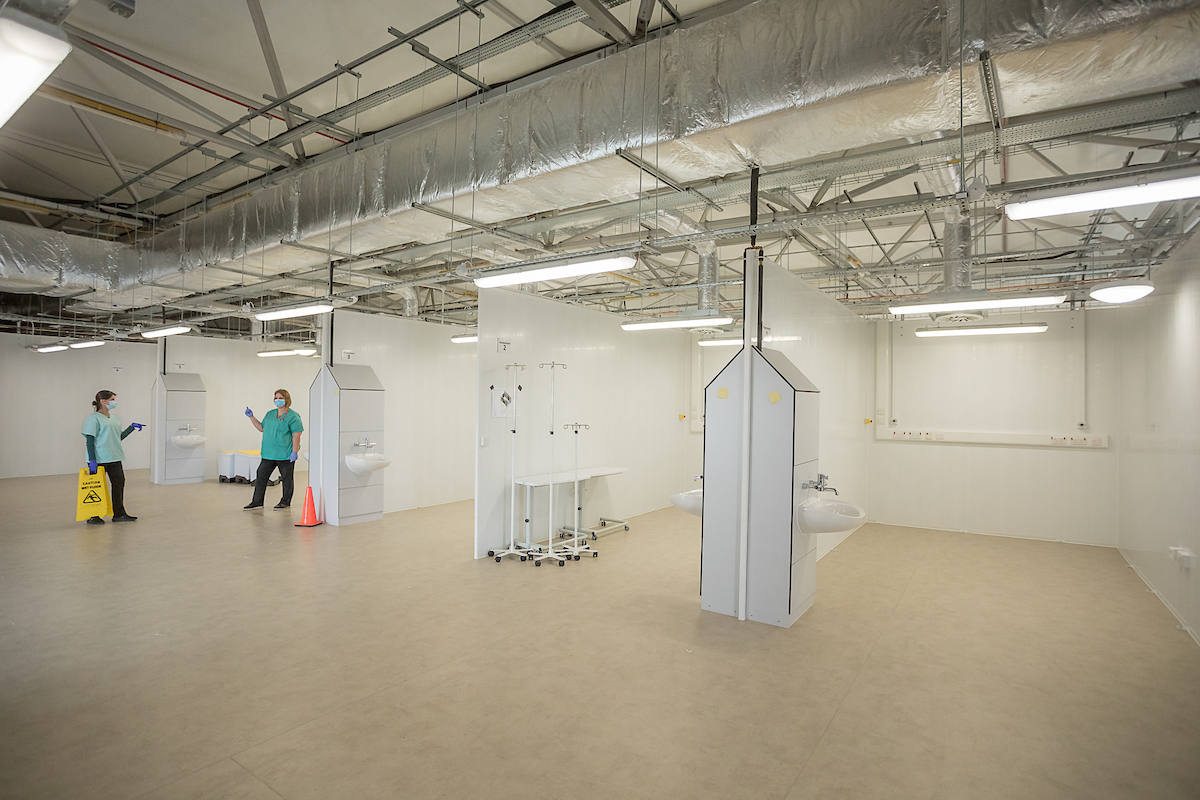 In May, the Fire and Rescue Service Association (FRSA) voiced concerns about the fact the Fire Service had not been involved in the initial stages of planning, despite the field hospital clearly falling under the Fire Precautions Law.

They highlighted that the lack of contact would mean the Nightingale would require a “near-permanent onsite fire service crew” to satisfy the fire risk assessment, adding that the crew could be taken away from the site at times to respond to other incidents with on-call crews taking over, perhaps not immediately.

In a letter to a Scrutiny panel tasked with reviewing the government's response to covid-19, the FRSA wrote: “The risk assessment may rate a fire at the Nightingale as high-impact but low-likelihood, although this situation sits awkwardly with the FRSA if the required fire cover cannot be fulfilled, as we understand, due to budgetary constraints alone.”

Posted by nigel pearce on Jul 10th, 2020
To be fair, I don't think we can blame out government for these defects but I think a good amount of compensation should be forthcoming from the Dutch company that installed the building. I hope that the extra costs involved in correcting the problems are charged to that company as well or will our States members roll over and make excuses for them?
Posted by Scott Mills on Jul 10th, 2020
You can't script it...honestly...I was camping out in my macpac tent and I was dry as bone. Are these specialist damn engineers. Someone could have popped down to normans and bought a shed load of tarps and to sand quarry for bags....Honestly, this island is beyond a joke...comedy of errors on a daily/weekly basis.Like reading the weekly Viz comic. Still we've got lovely beaches to enjoy...that's the main thing.
To place a comment please login Login »