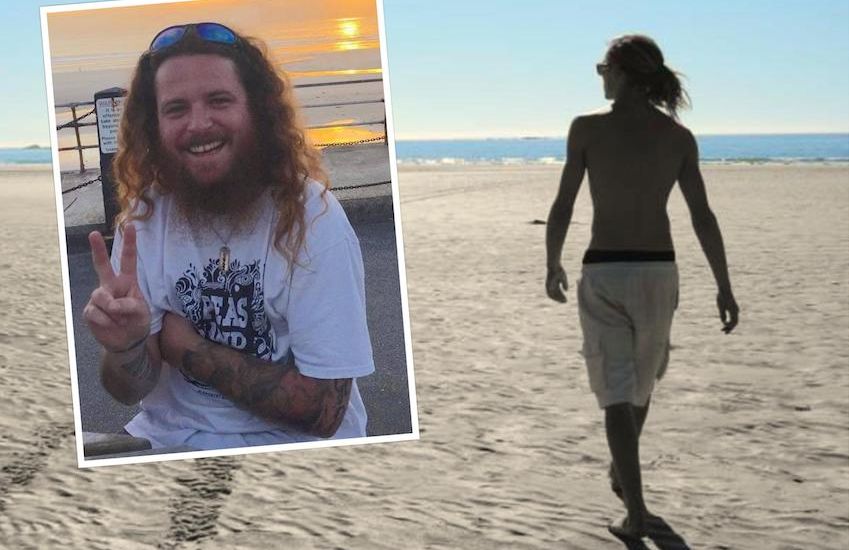 A young surfer paralysed in a tragic car accident was finally able to experience Jersey’s sun, sea and sand for the first time in four years thanks to efforts led by his best friend, who has been nominated for a Pride of Britain Award.

Islander Olly Newman enjoyed a Jersey holiday back in May, visiting some of his favourite hotspots and reconnecting with friends – some of whom hadn’t seen him since before his near-fatal accident.

He has been receiving treatment in the UK since 2014, when an uninsured driver slammed into the side of his car at over 70mph as Olly was leaving his favourite beach area, Le Port.

The accident saw the young musician lose all use of his limbs and torso, with fears over whether he would be able to walk and talk again. 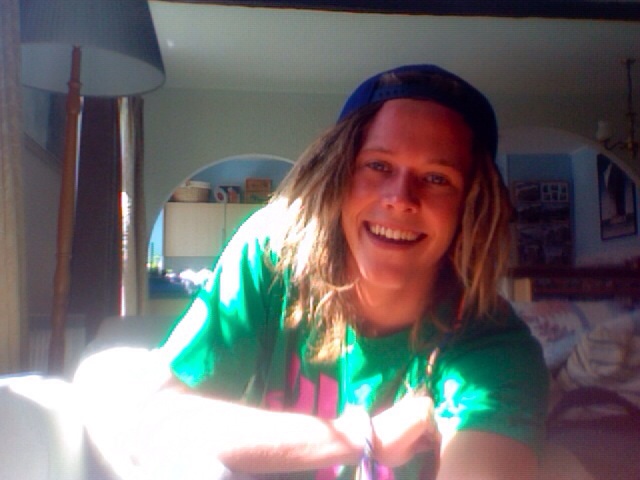 Pictured: Olly was severely injured in an car accident back in 2014.

His strong band of friends and family wouldn’t let the news get them down, however, immediately plunging into creating a charity – Peas and Glove, based on one of Olly’s favourite sayings – to raise funds for the sea and music lover.

Brontey Luxo Piazza, Luke Hounslea and Kyle Simon were originally the “driving force” behind the endeavour, but Matt Daly soon took over the “front man” role planning gigs and a two-day ‘Permanent Ollyday’ festival in aid of the friend he calls “brother.”

But Matt went even further than fundraising, visiting Olly monthly in the UK and training to drive a specialised van alongside Olly’s dad, Paul, to be able to take him on weekend trips.

So far, the Peas and Glove team have managed to fund a special wheelchair, eye gaze communication technology and specialist music and water therapy – all of which have made the “difference” in Olly’s slow but steady recovery. 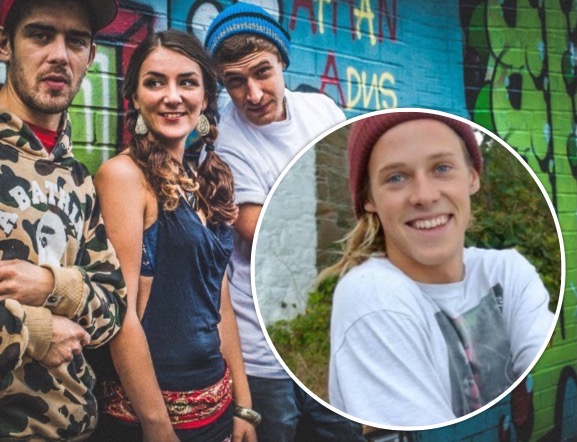 Pictured: One of Olly's favourite bands, Gypsy Unit, performed during a festival to raise money for him.

However, the one big goal was to always return him to the place he loved best: the beach in Jersey.

“That’s why Peas and Glove started - that was our only goal. After time, we learnt to understand the seriousness of Olly’s situation and realised that this goal was a lot harder and further away than we initially thought. It almost felt impossible,” Matt recalled to Express.

Hopes picked up this year, when Olly was judged to be at the right stage in his recovery and ready to visit the island on his birthday in April. Unfortunately, medical issues got in the way, but the team didn’t have to wait long before their dream finally came true.

Across some of the sunniest days of the year so far, Olly was welcomed by the “fantastic” team at Maison Des Landes for a five-day trip, involving enjoying the sight and smell of the sea at Le Port, a visit to his former local bar the Watersplash and an ice cream at La Saline.

And his friends wouldn’t stop at anything to give him the perfect time.

Around 40 of them joined him on a trip to a farm in St. Mary, together moving 8ft boards as a “’friends-made’ roadway” to get his wheelchair across the field.

“The trip back to Jersey had huge impact on Olly and his progression - it couldn’t have been a better trip. the weather was absolutely stunning. Lots of friends and family gathered together… Many of whom haven’t seen Olly since that fatal day back in October 2014. Olly could see and smell the ocean and sand, which he hasn’t been able to do for the past four years, so that was a true blessing for us and Olly,” Matt said.

“To be back in Jersey, back at the beach, watching the surf and hanging out with friends and family, what more could you possibly ask for eh?”

Pictured: Olly got to visit one of his favourite areas, Le Port.

Matt’s part in that very special trip – and his wider Peas and Glove fundraising efforts, which take up most of his week – have now seen him nominated for a prestigious Pride of Britain Award.

The accolade is reserved for those who have acted bravely or extraordinarily in challenging situations – and Olly’s friends and family say he couldn’t be more deserving.

Brontey Luxo-Piazza described Matt as “Olly’s eyes and ears on the ground, a communication line between family and friends!”

“It is a blessing to receive regular updates on how Olly is and what he has been up to,” she commented.

Pictured: Matt Daly (left) has been nominated for a Pride of Britain Award.

Olly’s father added: “Peas and Glove filled a hole that Olly left. His friends wanted to create something to help them and to raise some money to support what initially they thought was a quick recovery. Amazingly nearly four years later it is still going and the money raised helps to support equipment and therapies that Olly would never have had access to.

“[Matt] works hard to keep the P&G brand alive and when he’s not doing that or working he takes time to travel to the UK to spend time with Olly and work with his treating team.

“In my opinion he thoroughly deserves this accolade and I am delighted that his nominators have taken time to put him forward. The world would be a better place if we all had a Matt!”

Matt told Express he was surprised and overwhelmed by the honour.

“I’ve never done anything for any sort of recognition - all I’ve wanted to do is help as much as I possibly can for someone I care so much about, and who really needs as much help and support as possible. This has completely blown me away, and for the nomination alone I am so very thankful and appreciative," he said.

“Never in a million years did I ever think Peas and Glove would be as successful as it has become, and certainly never expected the amount of support the community has given to a young local lad. It’s absolutely amazing.”