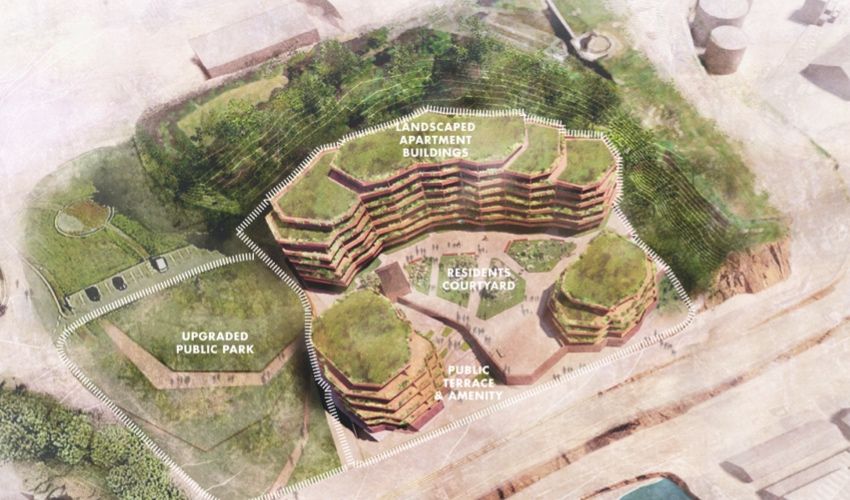 Plans to build 150 low-carbon apartments on the site of the former Planning Office on South Hill have been unveiled.

The Government-backed Jersey Development Company is asking the public to comment on its ideas for the site, which have been drawn up in partnership with a UK-based architectural firm.

The proposed development will be made up of one-, two- and three-bedroom apartments, a landscaped courtyard and a new café serving the next-door parish-owned play park, which will be redesigned with input from children, who will be invited to send in their ideas for a ‘dream park’ as part of a competition.

An image released today (pictured above) shows a main block closest to Mount Bingham and two smaller blocks closer to the Harbour. All appear to have grass roofs and vegetation on each balcony.

JDC said that the scheme would “create an environmentally focused residential development designed to achieve the highest environmental standards with an aspiration to enhance the surrounding public realm and improving pedestrian and cycle connectivity to the area.

“The proposals for the building would deliver an organic piece of architecture for the South Hill area, one that is sympathetically designed to embrace and emulate the local landscape, protect its natural setting, maximising the natural landform, greenery and views from the site.”

Pictured: A birds-eye view of the area earmarked for development.

The company added that it would make the apartments more affordable for islanders by allowing the 10% deposit needed to be paid in equal instalments over the construction period.

It said that the scheme had worked successfully for the College Gardens and Horizon developments and had so far allowed 116 first-time buyers to climb on the property ladder.

“The South Hill site offers an amazing opportunity for a new residential development that maximises the views across the harbour and Elizabeth Castle to Noirmont.

“Our ambition is for the development to be an environmental exemplar and these buildings will set a new standard in low energy homes locally and will support the Government of Jersey’s target for carbon neutrality by 2030." 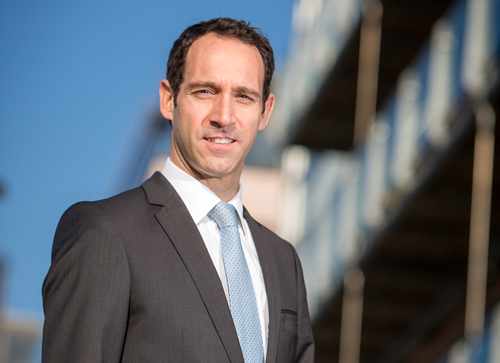 Currently, the Planning Department is also considering an application to build a skatepark at the nearby South Hill gardens.

A consultation on the South Hill accommodation plans has now been launched. Proposals can be viewed in more detail with an opportunity to contribute and offer feedback.

The consultation will close on 14 May, with JDC expecting to submit a planning application later in the year.