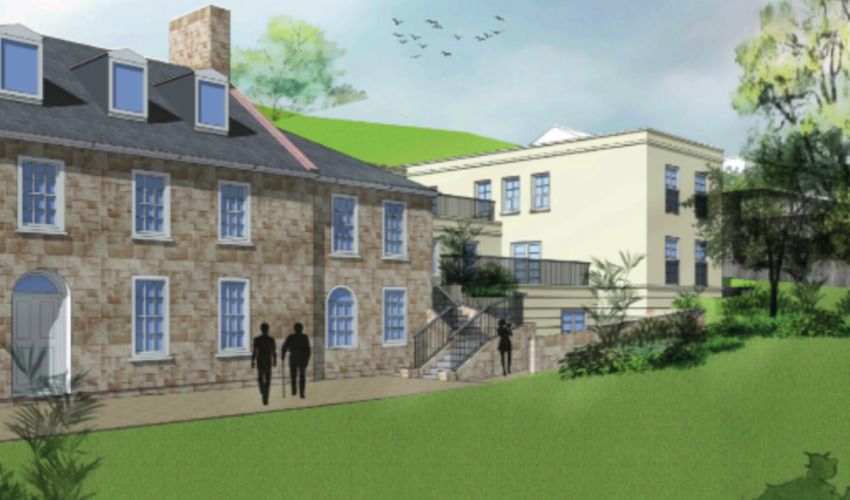 Plans to add 15 ensuite rooms at Little Grove Nursing Home have been approved by the Planning Department.

Under the agreed proposals, a three-storey extension with terraces will be built on the site, with a corridor linking it to the east of the current site.

The new build will be stepped away from the existing building and will not be visible from public vantage points, as it will be mainly concealed by trees on the site. On the southern side, it will open up to terraces leading into the garden. 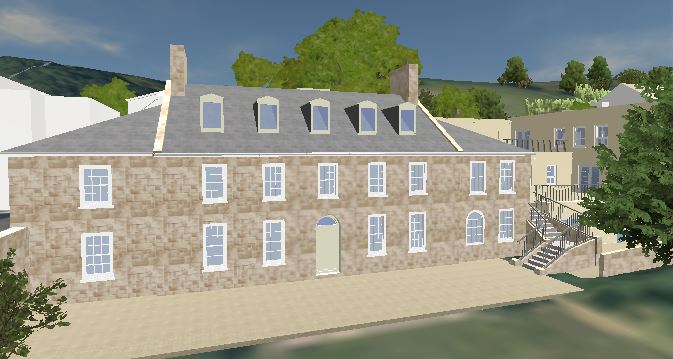 Pictured: The new building will be partly concealed by trees. (Government of Jersey/3D Model)

The Planning Officer in charge of assessing the application, Elizabeth Stables, described the style of the proposed development as “pseudo-classical” with a flat roof, painted rendered walls with masonry string course and traditional window and door openings.

She described Little Grove - recently renamed 'Le Petit Bosquet' by a competition-winning eight-year-old from neighbouring school Bel Royal - the nearby building, as an “early 19th century Jersey house of fine appearance and character”, which has been “greatly altered and extended” to transform into a care home with 28 bedrooms.

Axis Mason, the architects who have drawn up the plans, said that Phase 2 of the project aimed to provide additional facilities for the care home within a new build on vacant land adjoining the Little Grove Care Home to the East.

The works will include a “limited scheme of landscape improvements” to improve the external amenity areas of the care home by maintaining and enhancing the existing landscaping.

The design statement said that traditional material will be combined with contemporary architectural features employing glass and steel to establish a “restrained contemporary" feel.

A similar application had been refused in 2017 over concerns at the amount of traffic this would drive to the area. The applicants, LV Lilac Ltd, addressed these by proposing a “close to zero” parking provision strategy for staff, who will be encouraged to use buses or to cycle in order to minimise the travel demands of the care home. The plans therefore include cycle parking for staff.

Pictured: The proposed development has a "pseudo classical" style.

In her report, Ms Stables said that, following concerns that the new development was “out of character and overbearing on the existing Listed building”, its mass and scale had since been carefully considered.

“The stepped nature, set back and styling of the proposal will diffuse its size and allow the Listed building to remain the dominant form on the site, viewed from La Rue de Haut,” she concluded.

She also highlighted the fact that permission had been previously granted for an extension as well as for a detached house, which she describes as a “material consideration.”

Pictured: A new bus shelter will be built near the junction of La Rue de Haut with La Vallee de St. Pierre.

As part of the plans, LV Lilac Ltd will have to make a £21,500 financial contribution to install a bus shelter and fund work on the kerb around it, close to the junction of La Rue de Haut with La Vallee de St. Pierre.

They are also expected to pay £12,318 to improve “opportunities to walk to work.”