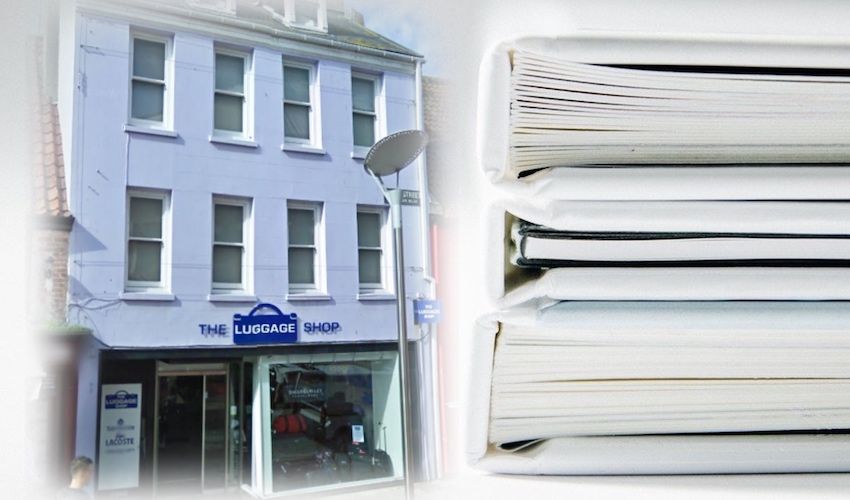 A suitcase shop has put forward plans to return its shopfront to its former glory.

‘The Luggage Shop’ in York Street has put in a planning application to pay tribute to its heritage by restoring its facade to a Victorian style.

Documents before the Planning Department detail the shop’s intention for the listed building.

Pictured: The York Street shop has submitted its plans for the restoration.

The owners hope “to remove the existing glazed aluminium shopfront and create a new glazed timber shopfront to replicate a traditional Victorian shopfront, similar to others found in Queens Street, St. Helier."

It comes after the York Street area was ravaged by fire in April last year.

The Luggage Shop's neighbour, Pizzeria Romana, was gutted in the blaze, which caused significant damage to the 300-year-old building's roof and insides, which had been listed for their heritage features. 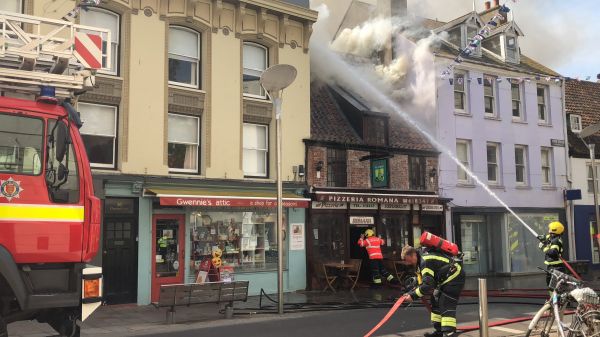 Pictured: The fire at Pizzeria Romana.

The restaurant has since popped up in a different location, but the original 18th century premises remains behind hoarding and scaffolding.

The outcome of the Victorian storefront application is still pending.