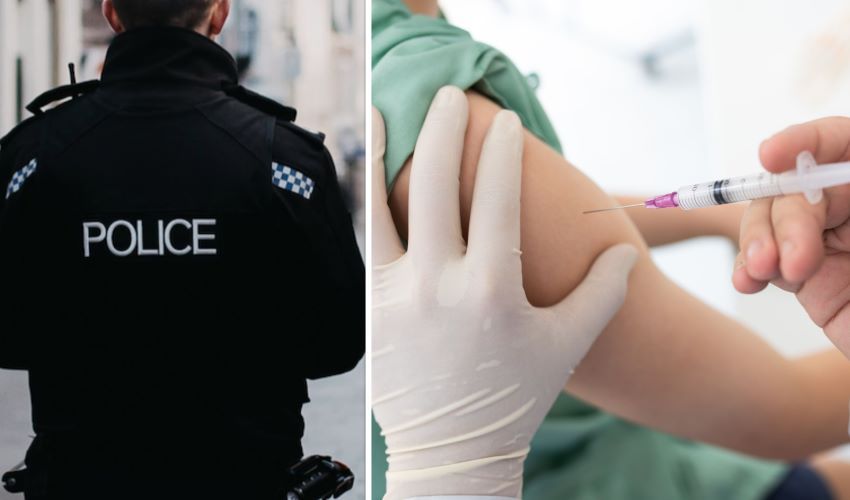 Police officers will be carrying out what they describe as “reassurance patrols” around pop-up vaccination clinics this week.

It comes after some islanders who went to get a jab at the Springfield vaccine centre on Saturday said they were verbally harassed by a group of around 15 to 20 protesters - there were no arrests made.

The mobile vaccination units are part of a push to get more young people protected against covid.

The protesters were waiting near the entrance of the Rock Up clinic by Springfield Stadium and, one mum who had taken her son along to get his covid vaccination said they were  "intimidated" by people with placards shouting about the vaccine causing serious side effects.

At the time of the scheme's launch, the vaccination figures showed there had been a lag among the younger generations in getting the jab, with 38% of 18-29 year-olds still not having had a first dose, and 30% of those between 30-34 having not had one either.

Senator Farnham said the campaign had so far been “very well received” with a total of 188 islanders coming to get their first dose last week and pledged it would continue this week with the help of the police.

“The programme will continue to work with the States of Jersey Police and Honorary Police to ensure Islanders who choose to have a Covid-19 vaccine, can do so free from intimidation,” he said.

“The police will be conducting reassurance patrols at all Rock Up locations this week.”

Today, we'll be in the Jardin de la Mer carpark from 11.30am to 2pm, and then we'll be in Les Quennevais, in the Red Houses carpark (opposite Waitrose and Co-op) from 5pm to 6pm.

No appointment is needed, just bring some ID.

Meanwhile, islanders can get walk-in vaccine appointments at the Fort Regent Vaccination Centre for the rest of this month for both first and second doses.

Posted by Martin on Aug 10th, 2021
If these people think the vaccination has serious side effects THEN DO NOT HAVE THE JAB!

BUT respect the decision of those who DO want the jab & clearly we are now much better off with fewer C19 cases & indeed deaths so best these protestors - protest at home as they are wasting Police time and upsetting persons going about their lawful business!

IF the Police need to attend again & the circs allow = ARREST!
Posted by IanSmith97 on Aug 10th, 2021
These people are acting like the anti abortion nut cases in the USA who threaten women who go to abortion clinics to have a legal procedure done.
To place a comment please login Login »