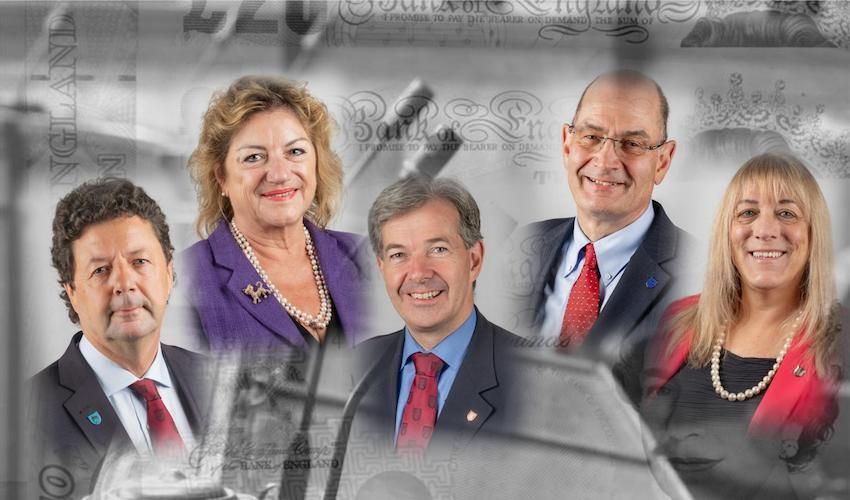 Politicians have publicly defended the proposed pay offer to government workers, which now spans three years rather than two, in an open letter penned less than 24 hours ahead of a teacher strike as the wage war rages on.

The letter, signed by States Members who sit on the States Employment Board, defends their 2018/19 offers, which they describe as “fair and appropriate”, as well as bolting on 2020 pay rises which they say will be “above-forecast inflation".

The proposed pay increases detailed in the letter, which now cover 2018 to 2020, are arranged in a table which includes the minimum and maximum salaries of each pay group and the increases indicated are the difference between the proposed 2020 rises and basic pay from 2017, before annual increases were introduced. The authors of the letter say that the increases over the three-year period will cost £57million, which they described as "a significant investment in pay for our employees."

The letter, addressed to all States Members, explains that they have extended the two-year offer to cover 2018-20 so that the "substantial increase in the final year (2020) make[s] up for the lower increases in the first two years". The signatories also urge their fellow States Members to consider the contents of their letter "very carefully when deciding how to vote" on a proposal by Deputy Geoff Southern.

The Reform Jersey member is making a further bid to use funds from government coffers to plug gaps in public sector pay packets after previously losing a mandate in the Chamber by just one vote.

The letter's accompanying table goes into more detail about increases to individual pay grades, displayed alongside a UK minimum and maximum pay comparison. 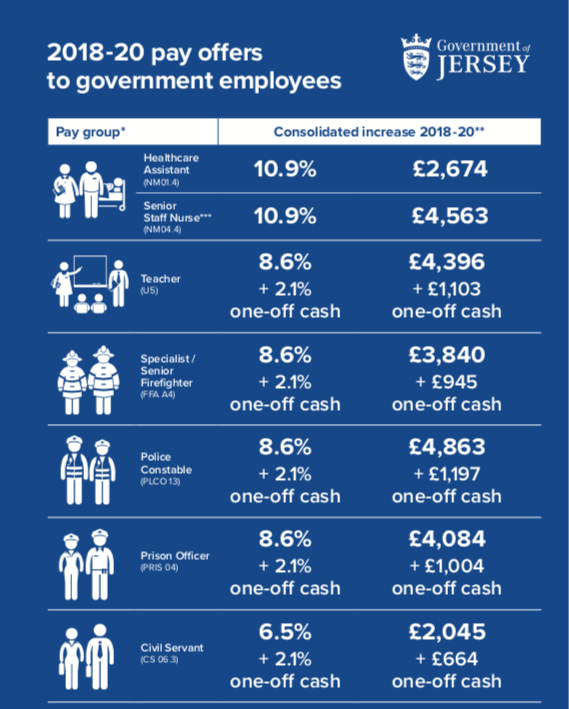 Pictured: An infographic which has been published alongside the letter to explain the proposed pay increases (States Employment Board).

The SEB outlines the rationale behind three-year pay offer made to all pay groups, emphasising that they “really do value” public sector workers and that they “aim to be a good employer".

They highlight that, despite “understand[ing] that pay restraint makes it difficult to cope with rising costs of living”, that public sector workers “are broadly better paid than employees in all other sectors".

This comes a day before the first teaching union, the National Education Union (NEU) is set to strike tomorrow, followed by next week’s industrial action by NASUWT – after members voted “overwhelmingly” to reject the pay offer from their employer. 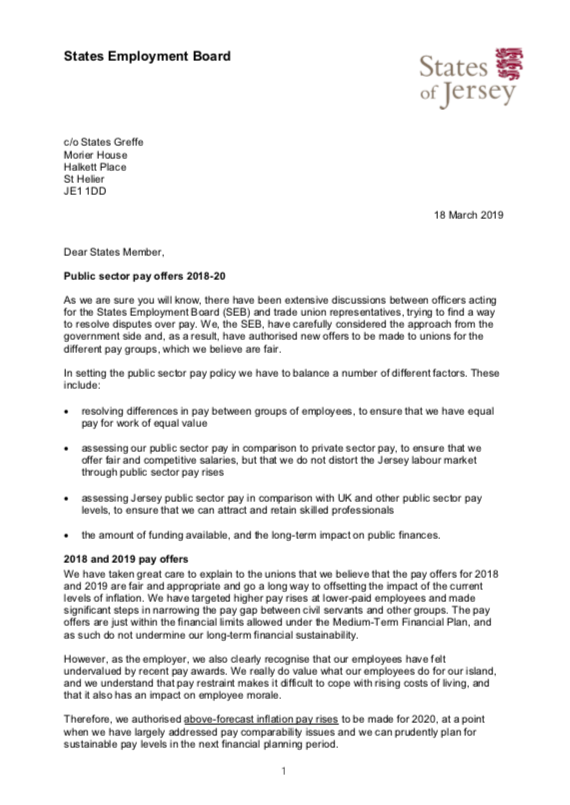