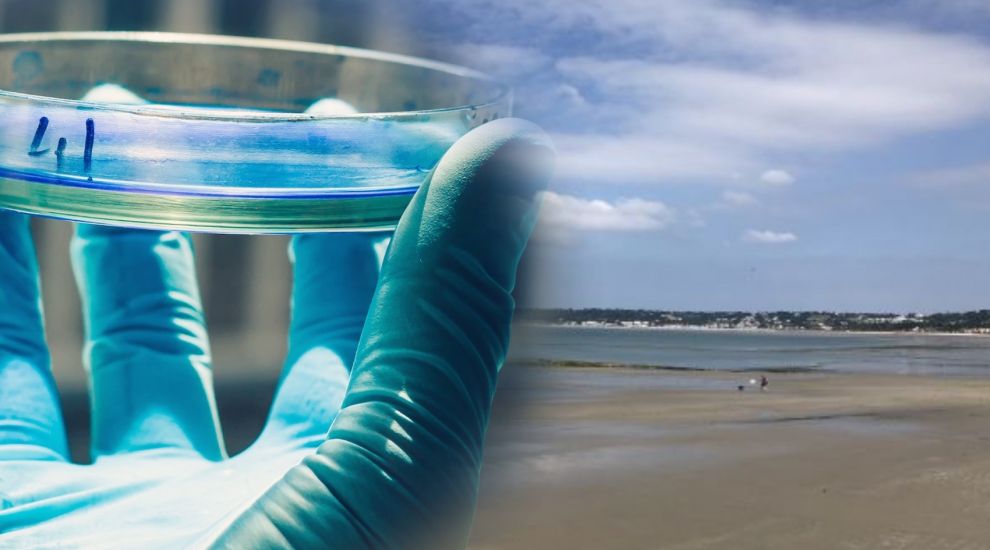 Environmental Protection officers have launched a probe after a significant slurry spill in Fern Valley flowed into St. Aubin’s Bay.

Prompted by a call to the Pollution Hotline by Jersey Water, they are investigating the spillage as a potential breach of the Water Pollution (Jersey) Law 2000.

Islanders are now being urged to avoid the entire beach while investigations continue amid concerns that the spillage will sweep across the bay with the incoming tide.

The beach will reopen when it is established that there is no risk to the public.

“Officers from Environmental Health are working with colleagues to investigate this spillage, which we believe originated in the Fern Valley area, and flowed into the sea at First Tower,” Caroline Maffia, Assistant Director of Environmental Health, said.

Government officials said that the incident was not connected with aerial footage of a brown fluid seeping into the bay on social media on Monday.

The footage has since been viewed by thousands of people, and shared hundreds of times.

Responding to the footage, Head of Liquid Waste Management Duncan Berry moved to reassure the public about the quality of the water being pumped into the beauty spot.

"The sewage treatment plant at Bellozanne is operating well and is producing a clear effluent which is compliant. Unfortunately, as the fresh water of the effluent mixes with the saline waters in St Aubin’s Bay there is sometimes a brown discolouration as the two water bodies mix. The effluent is regularly monitored to ensure it meets the required standards," he explained.

Posted by Keith Marsh on Jun 24th, 2020
So lucky that we have no holidaymakers here at the moment, this is a disgrace and a full enquiry must be held and the results made public, to ensure it does not happen again ~ EVER.
To place a comment please login Login »

WATCH: How should Jersey deal with climate change?