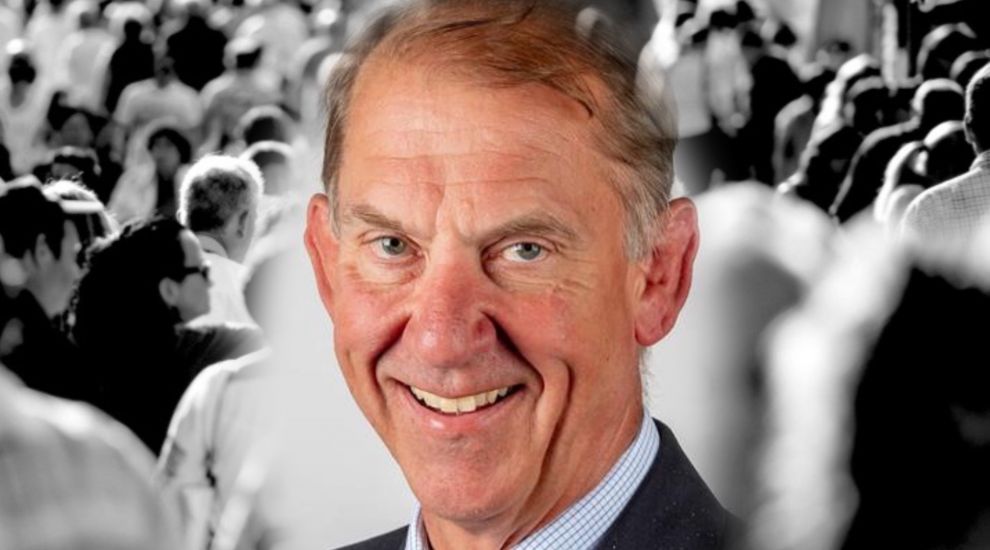 The hotly anticipated population policy – which is now likely to face a vote early next year – will not be a "silver bullet" that will solve all the island's problems, the politician responsible for it has warned.

Assistant Chief Minister Rowland Huelin, who was put in charge of the policy when Constable Chris Taylor stepped down in the wake of his dangerous driving conviction, said it was important that expectations were managed, as he gave an updated timetable for the "framework"-style policy.

Earlier this year, politicians supported a proposition by Deputy Jess Perchard that the policy should be debated by 31 December, but this will not happen now.

Deputy Huelin, who now plans to lodge the policy in early December for debate on 18 January, said this was due to a busy States Assembly schedule this term – which included the recent hospital funding debate and the next Government Plan – and the high volume of responses to a public consultation on population.

He and his policy team received more than 1,700 responses and well over 5,000 comments from islanders.

While he declined to share the details of what will be proposed, as the policy is yet to be finalised, Deputy Rowland said that, rather than set out exactly how the island's population will be managed in future, the policy will establish “broad principles that will create the framework" upon which future Council of Ministers and States Assemblies can make future decisions.

Pictured: How Jersey's population has grown since 2001.

“I think it is important to say that this isn’t going to be a silver bullet that solves all of our problems. We have 107,000 people who all have different views for different reasons," he said.

“However, it is a very meaty problem and for every single problem and challenge, you have to make that first step. And hopefully this is a big positive first step. It will be the foundations of population policy for years to come.”

The Government believe that the population policy will coordinate new ‘tools’ that it has created.

These include new migration controls, which have been agreed in principle with legislation being lodged imminently; a new IT system, which will be up and running in the new year; and more frequent reporting of manpower and other figures.

This year’s census, however, will not feed into the debate as it will not be ready for publication until March.

Unlike previous population policies, the new policy will not propose any set figure or cap.

Pictured: The Government's new migration controls, which come under the Control of Housing and Work Law and have been approved in principle.

“If you set an unreasonable target then expect to fail,” said Deputy Huelin. “It is not our intent to deliver detailed numbers, which we cannot be assured of meeting. Instead, we will be delivering the principles by which our population can be manged and monitored.”

“That’s the perception but the reality is that it could go in the other direction. I’m not saying it will, but we need to be cognisant of that and may need to respond in a different way.”

The Assistant Chief Minister said that he hoped that the Assembly would understand and accept the delay, despite its approval of Deputy Perchard’s proposition.

“We have gone out of our way to contact Members and advise them of this," he said. "I think the Assembly gets cross when they hear nothing and get naught. We have taken that on board and have advised politicians through Scrutiny. So far, we have had no adverse feedback, but that’s not to say we won’t get any.”

The Assembly has already agreed that the policy – in whatever form it takes – will be reviewed on an annual basis by the Council of Ministers.

Population and workforce management has been a hot topic in recent weeks, with numerous areas of the public and private sector experiencing staffing shortages.

Population: “Government is putting the cart before the horse”

This Island is at it,s exploding point & the Infrastructure cannot cope with much more!

Even if restrictions were in place soon, the 107.000 will still be reproducing!

Anyone who thinks that everyone on the globe can live to a high standard & where they want is naive or dense!

The introduction of a 20 year residency for qualifications to buy is not something we would welcome but what else can be done EG Land reclamation of another 45 Square miles - preferably not into the fishing grounds so hotly contested?
Posted by Keith Marsh on Oct 13th, 2021
So despite this wait we are STILL not going to get a population policy, just another "tool" to help the Council of Ministers make decisions. Why when the last estimate of over 107,000 are we not going to include the actual census figure, perhaps they are frightened that the number will be sky high.
We all know that the Island is FULL to bursting point, however according to our masters we need more people to work in the public sector and the private sector is always wanting more employees.
Where will this end ~ do we all have to get a boat and live on such or perhaps a tent on our lovely beaches.
As usual Jersey prefers to bury ones head in the sand than actually DO SOMETHING to solve the problem.
Posted by Scott Mills on Oct 13th, 2021
It'll be the same...same...but same.....not the same, same but different. Lovely beaches
Posted by Guy de Faye on Oct 13th, 2021
I regret that this so called population policy is not worth considering, let alone debating and it is becoming abundantly clear that the Government of Jersey is either incompetent to deal with the issue, OR is seeking to bamboozle the people of Jersey into accepting continued population growth.

I accept that Economic Development Ministers have, for well over a decade, consistently ignored the immigration cap figures that were put in place. However, it is ridiculous to have no target figures - as is being openly admitted in advance - as this eliminiates comparisons being made or progress monitored.

To begin - Jersey's self defeating economic growth policy - which relies on bringing more tax payers into the Island - must be abandoned immediately. Perhaps considering an alternative revenue stream to the financial services industry might be a good start.

The local population is currently growing at a rate of 100 per year, so even an immigration level of zero will not prevent a long term increase in population, unless emigration increases significantly.

Plus, what a blatant tactic to try and get a population policy approved in advance of a critical piece of evidence - the next census results. Jersey's sustainable population was calculated as 80,000 - so what are the numbers now?

The only positive in this forthcoming debate is that it will reveal those States Members who understand the threats that confront Jersey and those who don't get it - BEFORE the next elections.
Posted by nigel pearce on Oct 14th, 2021
I sometimes wonder how we coped when, in the sixties, the population was about 65,000 and tourism enormously increased the total in mid-Summer. Do the extra 50,000 residents we now have all work in the finance industry?
Is this desire for increasing the numbers of residents just part of some undeclared scheme?
Posted by Danny Moisan on Oct 14th, 2021
Simply more of the same "spin" without setting a realistic cap on the population figure, how can we create a workable and manageable policy? we all know that the island is so far beyond full already that we simply nod and say "in the good old days, when there were 70k people it was better".... yes it was better and that's because the island was already at near capacity then! we all feel the stresses of overpopulation and it will only get worse, yes people want to live here but we can say NO, there I just did!
Posted by Private Individual on Oct 14th, 2021
BLAH, BLAH, BLAH, that's all we ever hear over anything that is of the utmost importance to the people that live in Jersey from politicians.

We are fed up with the constant stream of people coming to live here who pay little to no tax and contribute nothing to the island or its economy. Release the thousands of comments and see if I'm right or not.

The root of all Jersey's problems is overpopulation, that is the only thing that needs to be sorted out, everything else will follow. Stop the immigration and you stop the need for increased expenditure and services, the hospital is just of many projects that they have lined up that will cost middle-income Jersey a fortune.
Posted by Paul Troalic on Oct 14th, 2021
How difficult can it be to put in place proper controls on immigration.
For the Ministers benefit here is how you do it:
1) determine what level of population the Islands infrastructure can reasonably handle.
2) allow in only people that are needed in particular jobs and will make a positive contribution to tax.
3) do not allow these people to bring in their extended families
4) impose restrictions on any vacancy that arises in both the public and private sectors. Is the post needed or not?
5) ensure anyone that comes to the Island has somewhere to live
6) introduce local and non local housing markets to protect islanders
That's it for a start.
It is not rocket science but it is difficult if you keep avoiding the issue.
To place a comment please login Login »