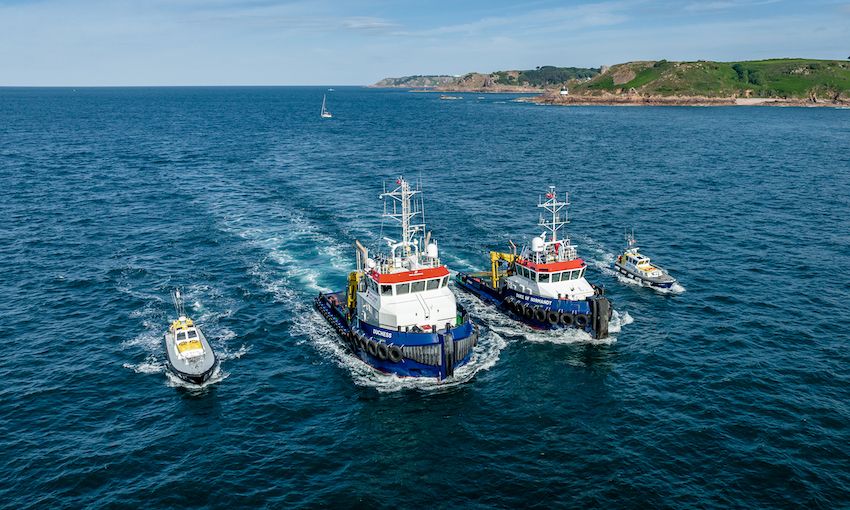 Turnover at the island's airport and harbours operator improved by a fifth last year - but the taxpayer-owned company still ended 2021 with a pre-tax loss of £4.2m.

Using the EBITDA measurement, which takes into account the ability to fund investment from current cashflows, Ports of Jersey's loss fell to £0.7m and the operator now says it is confident that it will return to the black in 2022 after a strong first half to the year.

Ports – like all businesses in the travel and tourism sector – has been significantly affected by the covid pandemic.

Despite this, Ports will soon publish ambitious ‘masterplans’ for both the Airport and the Harbour.

The former is likely to include plans for a new arrivals hall and a new use for the 1937 terminal, which has been saved from demolition after a change in aerodrome regulations. 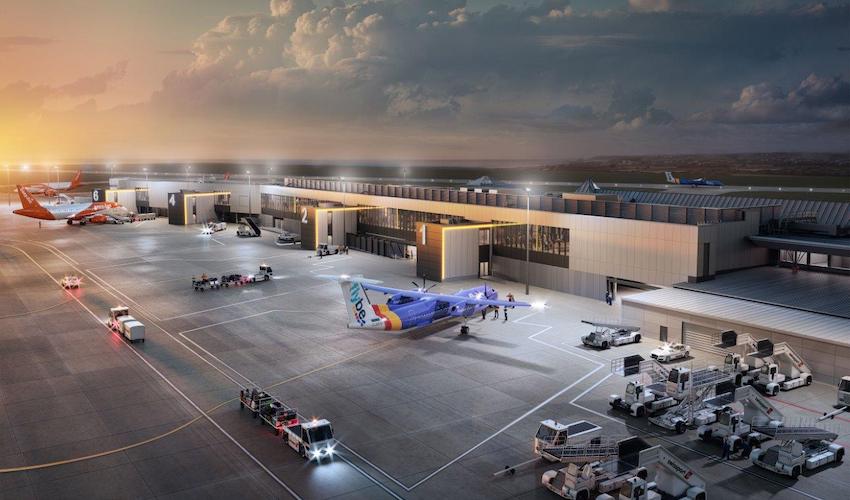 Pictured: Ports has plans to develop the Airport and will soon publish a 'masterplan'.

For the Harbour, new berths, houses, public spaces and leisure areas are all on cards.

However, it was significantly below the £12.4m profit it made in 2019, before the pandemic struck.

"The recovery... is well ahead of the comparable UK figures"

Writing in the company’s recently published annual report for 2021, Chair Mark Chown said: “Despite an improved situation in 2021, airport passengers were still down 61% on 2019, and sea passengers down 77%.

“Perhaps as a reflection of how important travel off-island is to Jersey’s population, the recovery in volumes compared to 2020 is well ahead of the comparable UK figures.”

He continued: “2022 has seen a strong start, and we are optimistic about further recovery in passenger numbers. Although this is encouraging, we retain a sense of caution against a backdrop of potential further pandemic issues and a challenging international environment, either of which could impact consumer confidence.”

"We can't forget the continued pressure on airlines"

Activity over the year included removing the old ferry terminal on the Albert Pier, replacing the Elizabeth Marina storm gate, replacing the pontoons in the St. Helier Marina and buying a new work boat, the Duchess. In total, Ports spent just over £13m on capital investments.

CEO Matt Thomas said: “The recovery in Jersey was akin to that in Europe, surpassing that of the UK by 20% and it has been pleasing to see this continuing trend into 2022.

“However, we can’t forget the continued pressure on airlines and the aviation industry as a whole.

“More than 15 airlines ceased operations during the year, demonstrating the low profit margins due to high fixed costs in the industry. Securing the connectivity for our island also comes at a price and we have supported airlines with incentives to ensure Jersey remains a commercially viable destination.

When it comes to sea passengers, Mr Thomas said: “The pandemic continued to strongly impact our ferry passengers. The southern French route was down 89% to 38,000 passengers compared to 360,000 in 2019, due to the absence of a key day tripper operator.

In comparison, the northern UK routes rallied well and exceeded 2019 in the peak summer months, reflective of the continued nervousness of some passengers, perhaps preferring a more socially distanced travel experience by sea.

Ports drew down £10m of a £40m ‘revolving credit facility’ which it was loaned by island banks in 2020 to help fund its expansion.

Developed in 2021 and launched in March Ports has devised a new sustainability strategy, which includes a commitment to generate net-zero carbon emissions, creating an app to allow passengers to offset their journeys, and protecting and expanding seagrass beds within its areas of responsibility.

Meanwhile, it has been reported that British airlines are this week expected to announce a series of cancellations to summer flights.

The UK government has launched an "amnesty" to the rules surrounding slot allocation, which runs out on Friday. This allows carriers to change their schedules without facing a financial penalty.