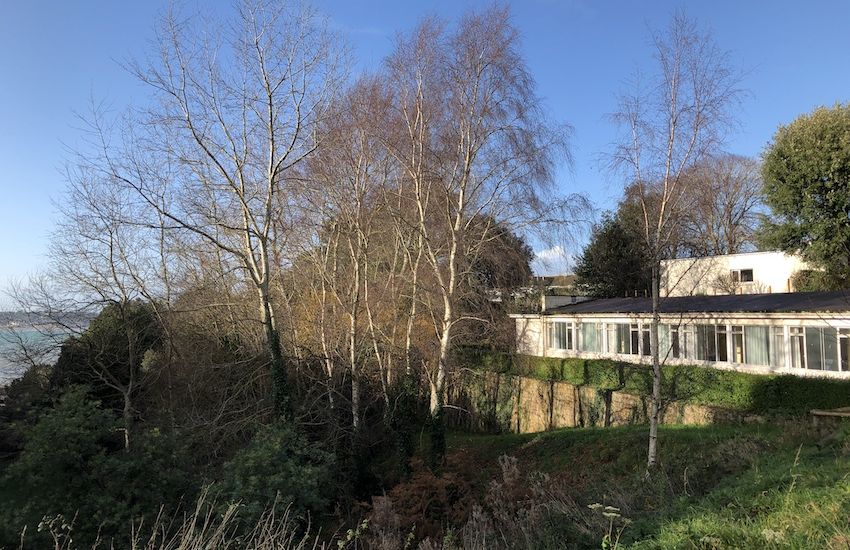 Andium Homes has been writing to and visiting ‘upset’ residents of a housing estate after it emerged that their homes could make way for a future hospital under new plans.

Residents of George V Cottage Homes were reportedly concerned to learn that their homes could be demolished under early proposals for building a Future Hospital at Overdale.

Express exclusively revealed the idea, which includes building a driveway and multi-storey carpark leading to the site from the inner road up to Overdale, passing through the estate, two weeks ago.

Video: Express visited the Overdale site with Constable Chris Taylor, who explained its potential as a future hospital site.

On that day, plans to build the Future Hospital on its current site were rejected for a second time by the Environment Minister, leading Deputy Russell Labey to bring forward proposals to take the site off the table altogether.

With Deputy Labey's proposition receiving backing from the Council of Ministers, plans to build on the Overdale site have picked up significant pace.

Assistant Chief Minister, Constable Chris Taylor, who chaired a Policy Development Board behind a damning report highlighting serious flaws in the site selection process by the previous Council of Ministers, is leading the charge.

But, as the idea gains traction in the media, leading to a broadcast report this week, Andium hit out at the decision to publicise the idea, as they say it has only served to panic residents of King George V Homes.

We visited all residents of George V Cottage Homes this morning, offering reassurance after news of the potential demolition of their homes to make way for an entrance and multi-storey car park for the new Hospital on the Overdale site, were released without any prior warning. pic.twitter.com/7JeVSetUy4

They have since been visiting residents to provide reassurance, and this week wrote a letter highlighting their displeasure.

"Andium Homes was not informed of these proposals and we would certainly not have supported this information being put in the public arena without us first having the opportunity to discuss it with you.

"These are your homes, and we fully understand how upsetting it must be to hear of these proposals through the media," said Dominque Caunce, Head of Communications for the social housing provider.

She continued: "I can only apologise for the manner in which this matter has been handled the States of Jersey."

Stuart Elliott MBE, a local bomb disposal officer whose mother lives in the estate, expressed his disappointment upon learning the plans. 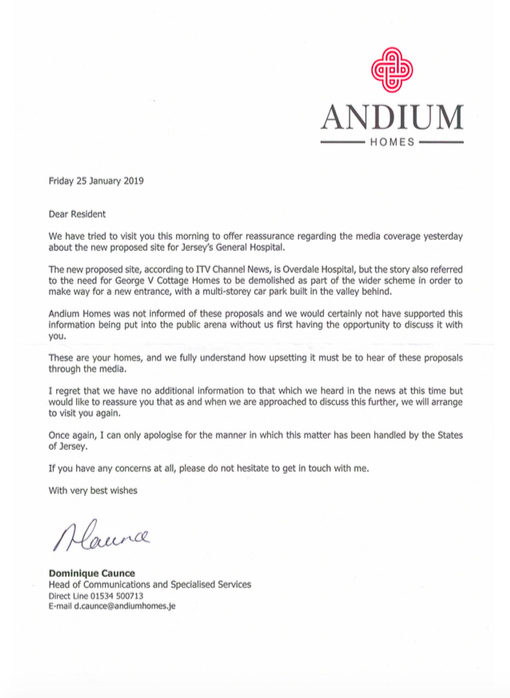 He told Express: "No one will dispute the need for a new hospital site but at what cost when there are alternatives? Political and public pressure calls for a speedier resolution to the long painfully delayed project…

“The new hospital ‘steam roller’ will slowly roll on, but it is hoped that if Overdale remains the prime site, alternatives will be seriously considered and regards the King George V Cottage Homes – remember they are not only bricks and mortar, but also hearts reside within!"

Posted by Melina Syred on Jan 29th, 2019
Project Management 101-Communication, communication and communication....inform stakeholders. Looks like Jersey is getting a good return on its investment of 28 communication experts from the UK. What a great business case study this hospital fiasco would make.
To place a comment please login Login »