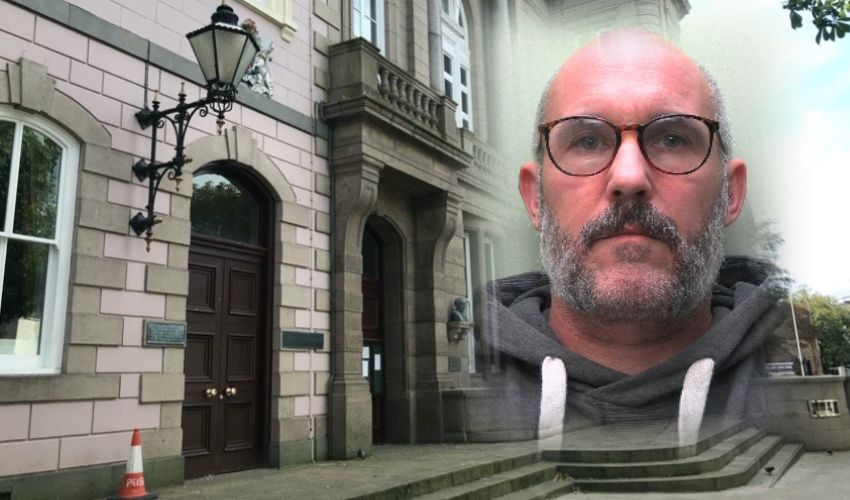 A prolific sex offender assessed as “untreatable” has been jailed for nine-and-a-half years for downloading thousands of images of children within months of his release from prison for similar offences.

In doing so, 47-year-old Karn Damien Laffoley also broke bail conditions, and restrictions imposed on him by being a registered sex offender.

Among the 4,356 indecent images he downloaded over two short periods totalling 31 days, more than 500 were in the most serious classification.

Laffoley also distributed 54 images to three other individuals, including one person purporting to be a 14-year-old girl.

In interview, Laffoley told the police he could not help himself.

Laffoley had been sent to prison in 2017 for eight-and-a half years for possessing and distributing indecent images of children. Some of the images were of a child whose mother he had persuaded to take indecent photos of her daughter.

Released last September, he was arrested on 22 December when the police raided his home and found a mobile phone with more than 3,000 images on it.

This was a breach of an order preventing Laffoley having any unsupervised access to the internet.

Two months later, police searched his property again, finding a mobile phone charger, prompting Laffoley to hand over another phone, which had more than 1,000 indecent images of children on it.

Giving the facts of the case, Crown Advocate Lauren Hallam described Laffoley as a “prolific sex offender who is untreated and appears untreatable.”

She said that he had an “appalling” criminal record, which included 31 convictions relating to indecent images of children and eight for breaches of orders designed to prevent him from offending.

She called for a prison sentence of eight years.

Defending, Advocate Giles Emmanuel said that his client accepted full responsibility for his offending and had been “open and honest” with the police in his second interview with them.

He said Laffoley, who had had a “difficult upbringing”, was on course to achieve a first-class degree and was hoping to begin a Masters.

“He studies in the evenings, which he finds a valuable distraction from his addiction,” the lawyer said.

Advocate Emmanuel added: “My client has engaged with programmes and distraction tactics to counter his addiction.

“These have not worked to date and although he has been described as ‘untreatable’, he has been referred to a forensic psychologist to assess his suitability to begin taking medication to lower his libido.

“That assessment will be hopefully soon and he can start the medication afterwards.”

The Bailiff, Sir Timothy Le Cocq, who was sitting with Jurats Jerry Ramsden, Pam Pitman, Robert Christensen, Kim Averty and David Le Heuzé, said the Court would give its reasons why it had imposed a higher sentence than that recommended by the Crown in its written judgment.

The Court also imposed a 20-year restraining order on Laffoley and ordered that he could only apply to be removed from the Sex Offenders’ Register after the same period of time.